Here's a quote from the NBA's newest franchise owner:

"We're going to operate this as a separate unit altogether," Benson said. "I don't see right now that we're going to be able to interlock a lot of stuff. That doesn't mean that these guys right here and Mickey Loomis is a good basketball guy, certainly won't have some input. We're going to have a management staff there just like you do in any other business.

"In the automobile business, we've got a management staff on board and in the banking deal, we've got a president and they operate the bank, our real estate holdings the same thing. So where Dennis is involved in a lot of things, he'll have somebody he's talking to or working with. That's what we need to do. "

And here's a picture of Benson with NBA commissioner David Stern making the deal official: 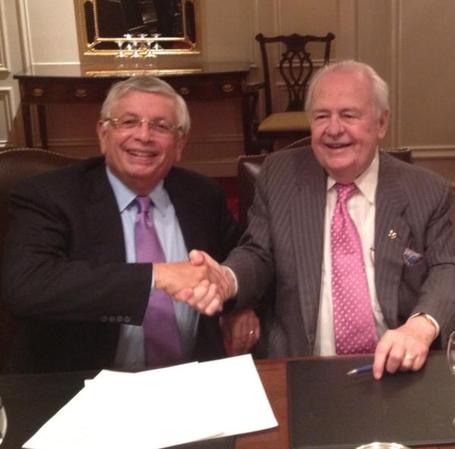 But here is what I really would rather see: 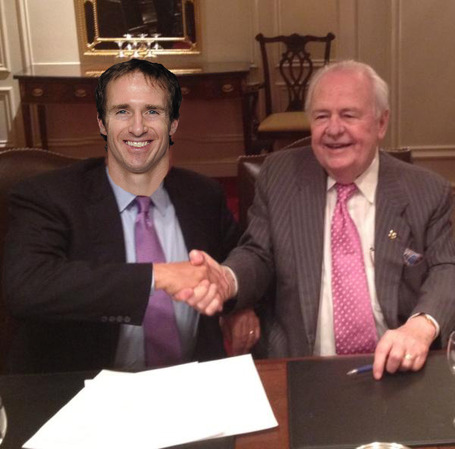 Somewhere Drew Brees has got to be wondering how Benson has the money to purchase an NBA franchise but not get him a long-term contract.