The New Orleans Saints are once again under investigation following a Sedrick Ellis sack against the Arizona Cardinals that injured quarterback Kevin Kolb, forcing him to leave tonight's NFL Hall of Fame game in Canton, OH early.

Cardinals quarterback Kevin Kolb needed help off the field after taking the hit from Ellis, suffering from a rib contusion. But the hit is starting to raise some eyebrows.

NFL commissioner Roger Goodell announced, "We have evidence to suggest that Sedrick Ellis may have been motivated by a bounty incentive on the play. There's absolutely no place for that in our game."

When asked about the evidence, Goodell released only the following power point slide. "This comes from coach Spagnuolo's pre-game presentation and we have others like it," explained Goodell. 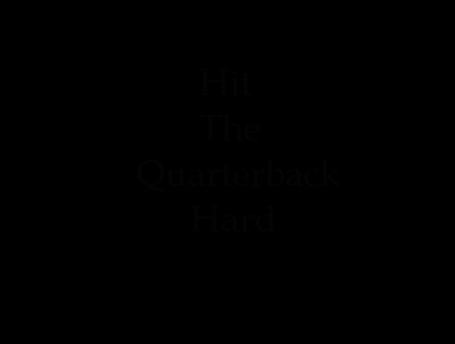 The commissioner also revealed that Sedrick Ellis has been suspended for the rest of the game, unless evidence is brought forth to prove otherwise.