Our new sponsored series is supposed to discuss some of the positive things that occur in the Saints games each week. After Sunday's pitiful opening effort against the Redskins, I'm struggling to come up with something here.

Really, I can only think of one play: the Martez Wilson blocked punt followed by the Courtney Roby scoop and score in the second quarter. So lets take a closer look at the only good play from Sunday and break it down. This will give me a chance to take the coaches film for a test ride. 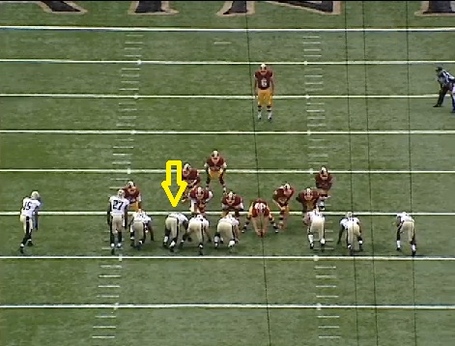 There's Wilson, with plenty of Redskins between him and the punter. 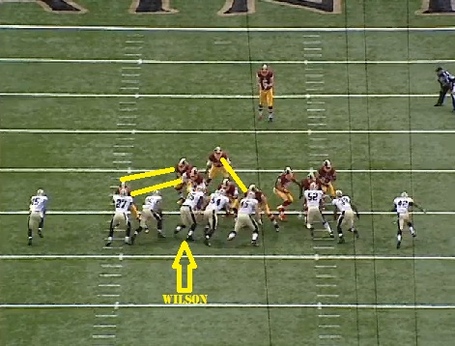 All of those Redskins defenders, however, turn their attention elsewhere, ignoring Wilson. 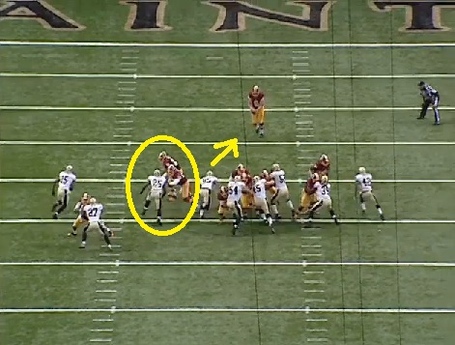 Wilson now has a clear path to the punter. Roby and Bush on the outside draw the attention of the blockers. 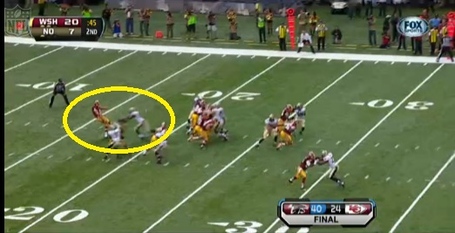 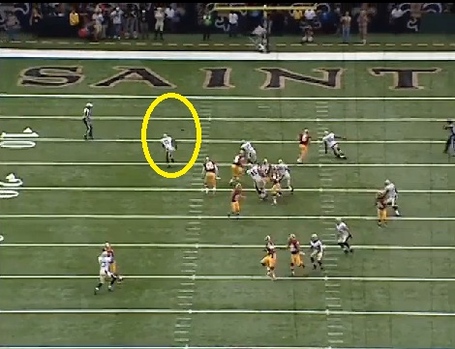 Roby is all alone and has plenty of time to pick up the ball and score.