A firsthand photographic look at all the hoopla happening in downtown New Orleans before the kickoff of Super Bowl XLVII between the Ravens and 49ers. 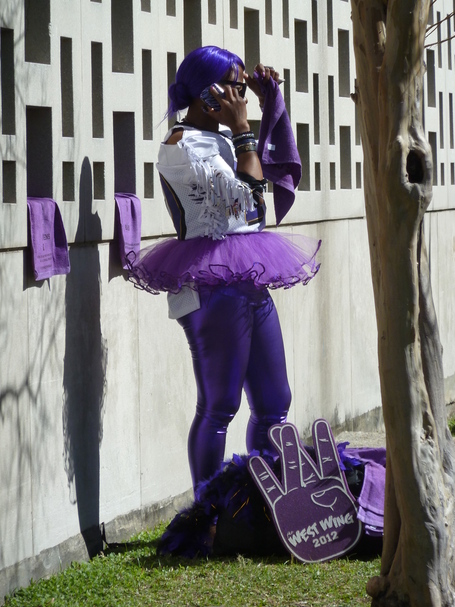 I knew early on this was going to be an interesting day. 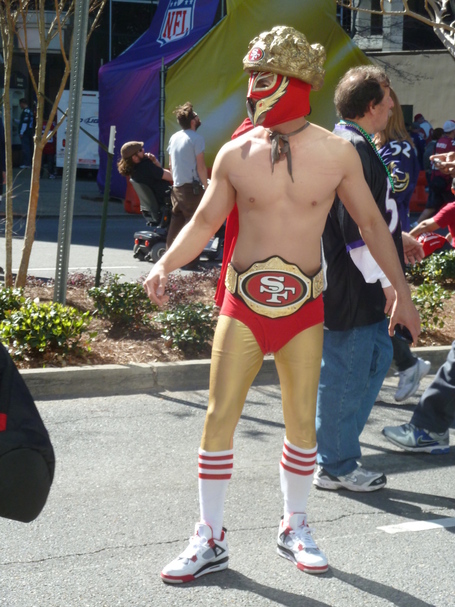 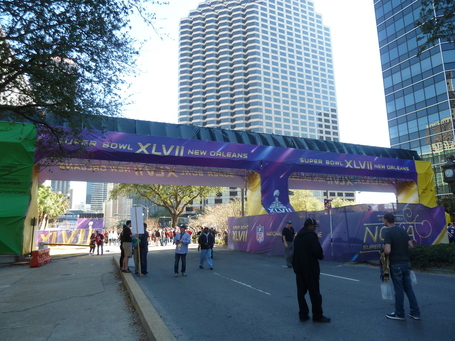 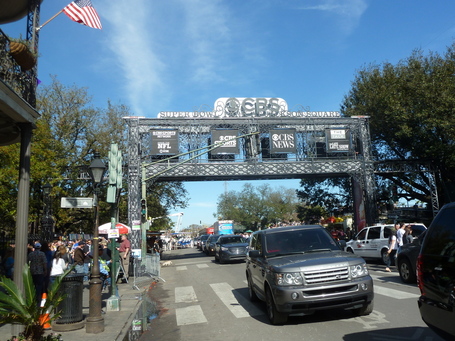 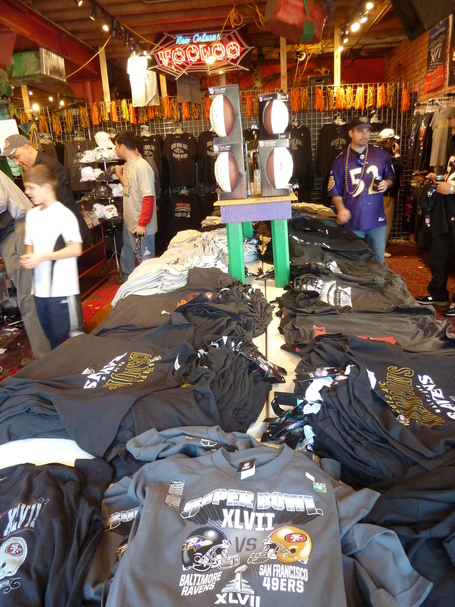 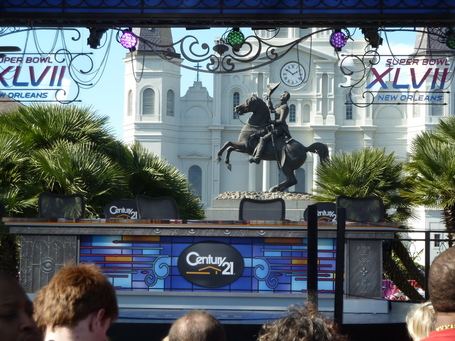 An empty CBS set in front of directly inside Jackson Square. 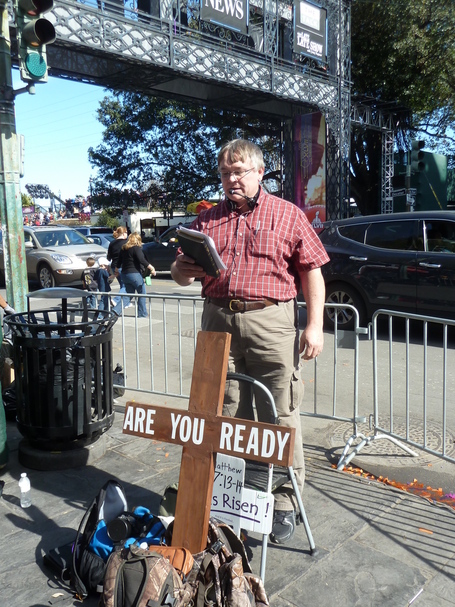 One of many of religious preachers out on the streets. 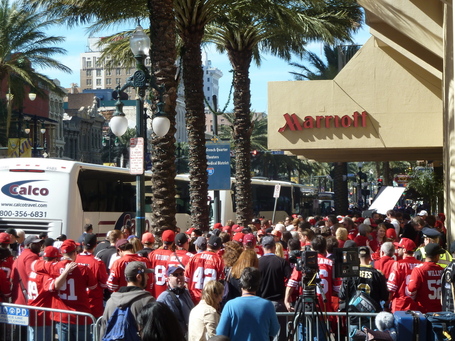 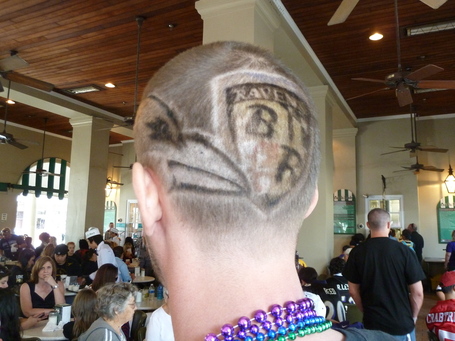 This kid would have felt stupid if his team lost. 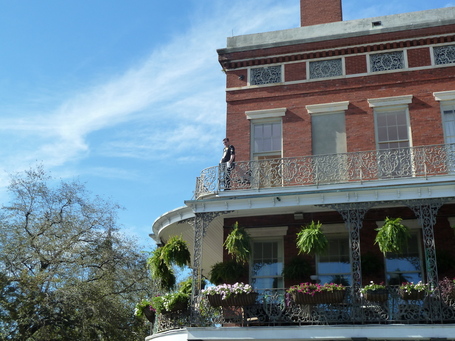 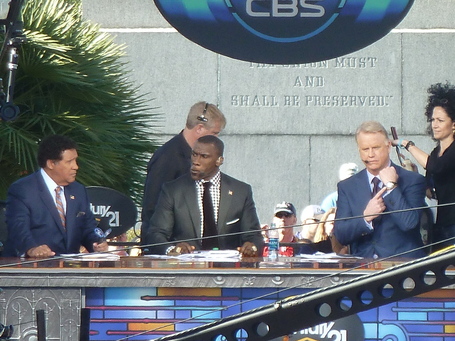 The broadcasting crew has arrived on set. 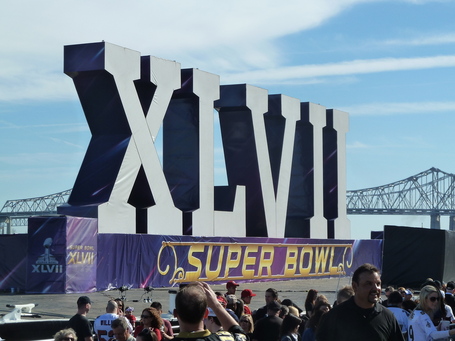 The roman numerals on the river. 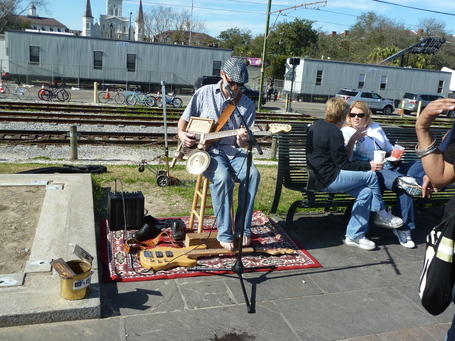 Playing guitar with his hands and feet. 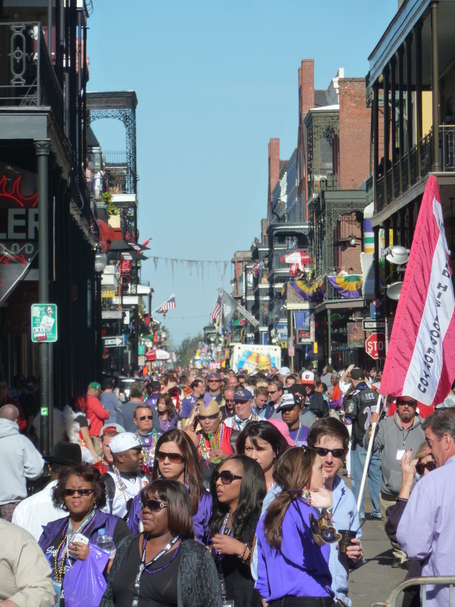 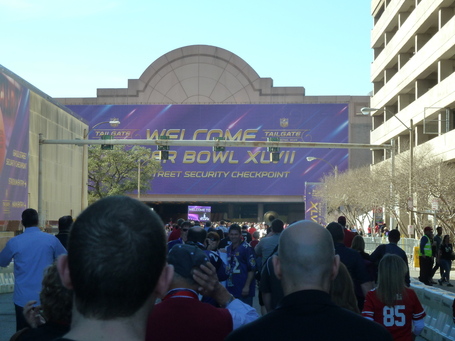 Time to start the process of entering the stadium area. 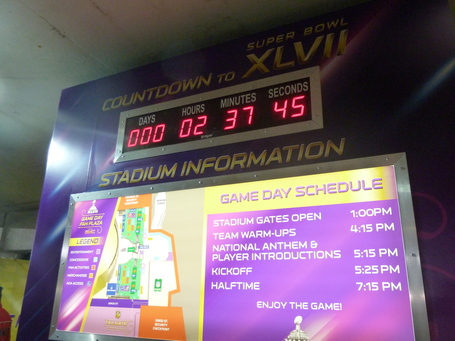 Kickoff is getting close! 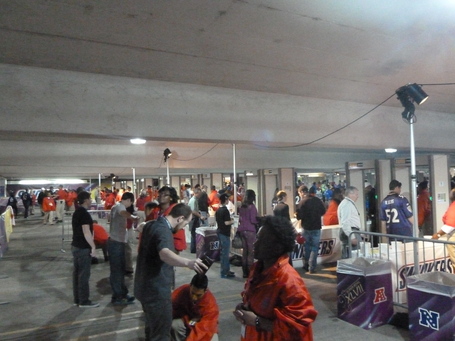 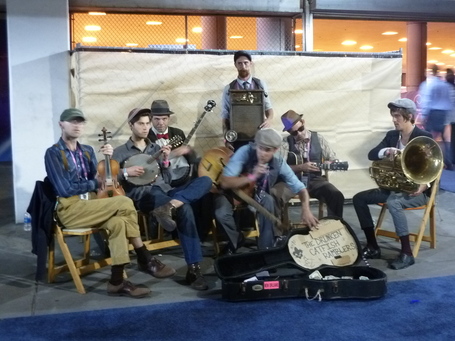 The band waiting to greet you beyond security. 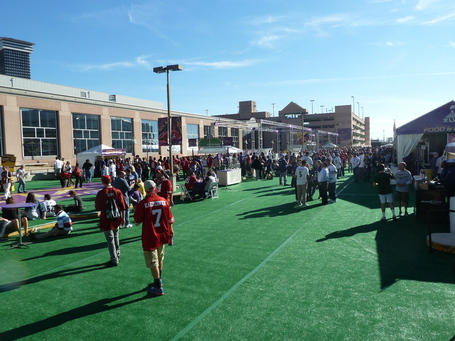 Fan tailgate area set up on top of the parking garage. 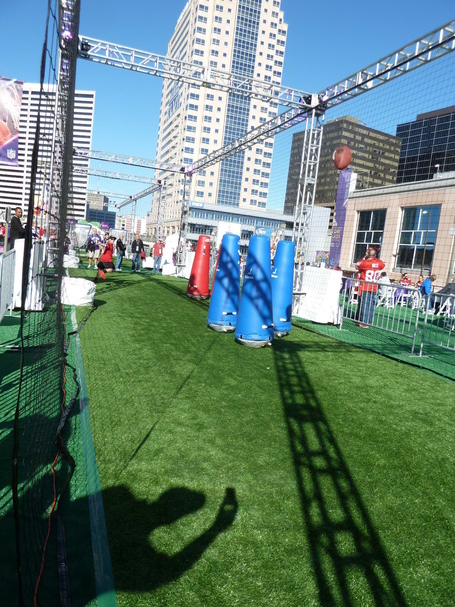 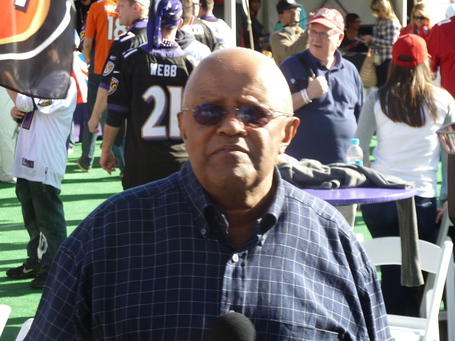 Bif from the David Letterman Show was doing some bit. 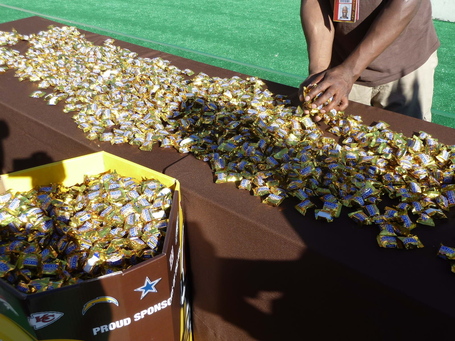 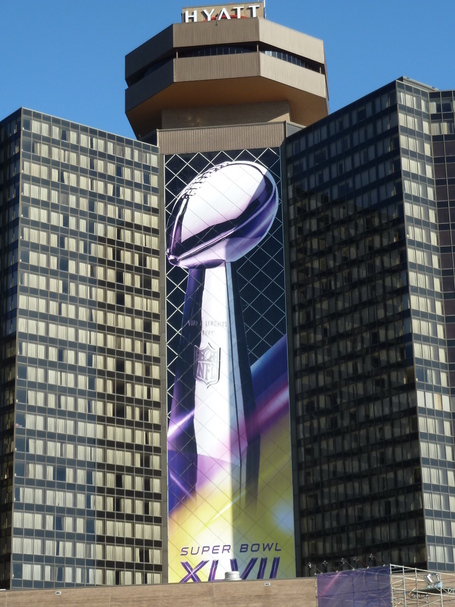 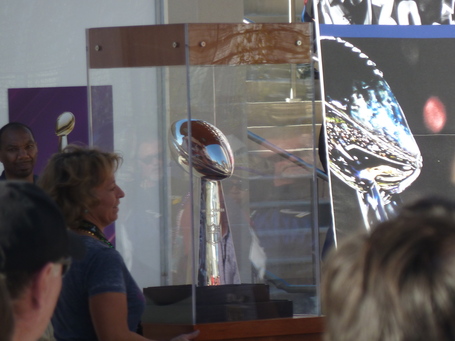 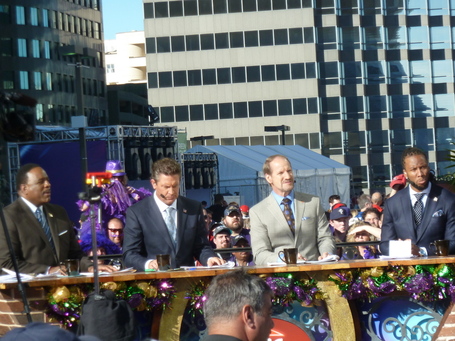 Your other CBS broadcast team. 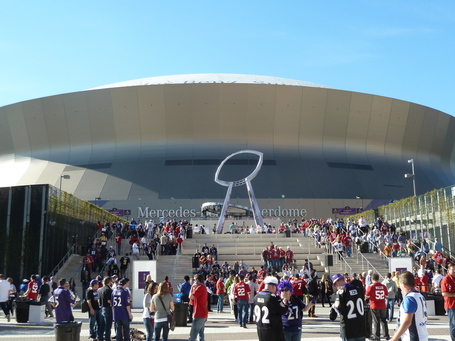 The view from Champions Square. 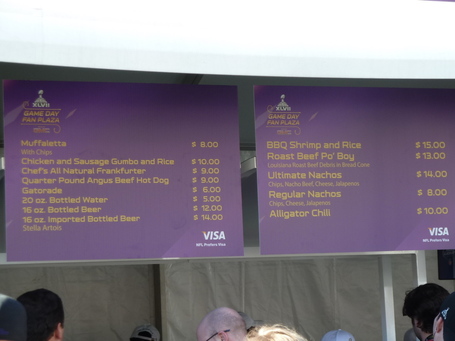 Concession prices outside the stadium. 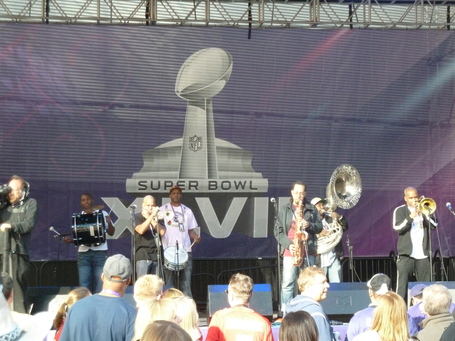 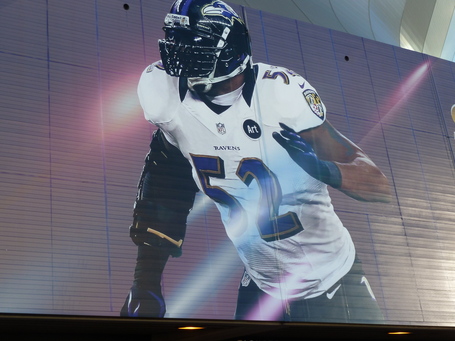