The Chicago Bears have expressed interest in yet another Saints unrestricted free agent this off-season.

Saints unrestricted free agent Turk McBride will be in Chicago today visiting with the Bears, according to ESPN's Jeff Dickerson. 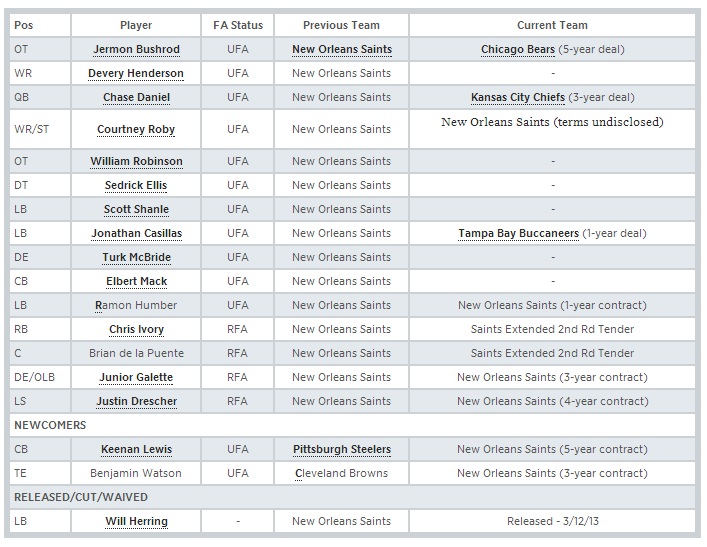 An up-to-date chart of all the Saints free agency moves.

Eh, who cares? McBride has never blown me away with his performance on the field and he isn't an essential piece to the defensive rebuilding effort in New Orleans. If he winds up staying for cheap, I'm fine with that. If the Bears want to make him the highest paid defensive end in franchise history, then more power to him.

If signed, McBride would be the second Saints free agent to leave for Chicago this off-season, Jermon Bushrodbeing the other.