It's always a monumental day for an organization when they have to cut two unknown practice squad players who have never played a single down for the team.

That's a joke, of course. I would be incredibly surprised if many Saints fans even remember wide receiver Biren Ealy or tight end Kolomona Kapanui being on the roster in 2009. 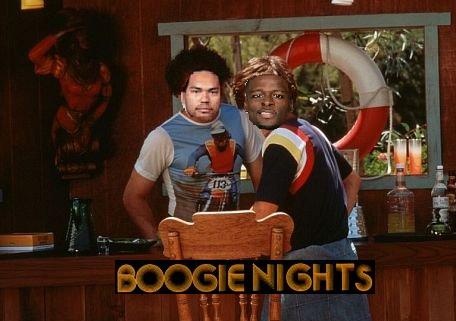 Our original coverage of this story four years ago...

So why is it such a big deal that these two losers were cut by the Saints on May 5th, 2009?

But the reason why they were cut sure is funny as hell and gives me a chance to make a lot of bad puns. Let's just say it's a "touching" story. They were literally caught with their pants down but I doubt this was the kind of "exposure" these players were looking for to help them make the final 53. This is too easy.

Here's what happened two days prior that led to the pair's release on May 5th:

Two women had just pulled up to the Palmetto Creek apartments in the 5100 block of Citrus Boulevard when one of the women saw two men urinating in the parking lot, Fortunato said.

The woman who was the passenger told the men, who appeared to be drunk, to stop. At that point, Ealy allegedly turned around and exposed himself to the woman and started making "lewd" comments, Fortunato said.

A few moments later, Kapanui also turned around, facing the woman driving the car, and started to fondle himself while making comments, as well, police allege.

The women started screaming for help and called 911.

That's embarrassing. Imagine having to tell your children years from now how you pissed away a potential NFL career. See what I did there? Last one I promise.

In all seriousness, it was nice to see the Saints handle this matter quickly and show that crap like this would not be tolerated. Only high character players have been welcome in the Saints locker room during the Payton era. I strongly believe it's that dedication to top quality off-the-field personalities that helped the team earn a Super Bowl championship the following season. And for that, Saints fans should be thankful.