Training camp is around the corner, bringing the unofficial start of the 2013 season and pushing the 2012 campaign further back in our memory. Saints fans will not shed many tears for last season as they set their eyes on the future and what they hope will be a return to normalcy for their favorite team. Somewhat lost in the debacle of 2012 however, is the fact that Drew Brees once again had an outstanding year.

We often forget to enjoy greatness in motion right in front of our eyes.

Before we take a look back at Brees’ exploits, allow me to take you on an imaginary trip to the future...

Our destination is the Mercedes-Benz Superdome on Sunday, January 3, 2021. The New Orleans Saints have just defeated the Carolina Panthers in the final game of the 2020 regular season. The home team is going to the playoffs as a Wild Card, behind the upstart division leading Tampa Bay Buccaneers. It does not bode well for the Saints, who in their entire history, have yet to win a single playoff game on the road.

This may however be the least of their worries: Brees, their perennial leader has announced that he would retire at the end of the season. As he heads towards the tunnel with his helmet high, the people in the stands suddenly realize that they have likely seen his greatness on this field for the final time. They wonder whether they have cherished it enough, but it’s probably too late.

...Snap back to reality and exhale. Drew Brees is 34, as healthy as can be and will take every snap of the upcoming 2013 season. The Saints once again will be expected to contend for a playoff spot and make a deep run into the postseason. We are witnessing the golden age of Saints football.

Reality is, also, that the most crucial element in the Saints' relatively recent success isn’t getting any younger. Sooner or later, even the most iconic of sports figures end up on the sidelines and what a shame it is to see them under-appreciated while they’re on the field.

A forgettable 2012 season has both pundits and fans alike talking about a linebacking corps that needs to drastically improve to fit the new 3-4 defensive scheme, the potential impact of first round pick safety Kenny Vaccaro, and the void left by Jermon Bushrod at the left tackle position.

Amidst all of these concerns however, the undeniable truth is that the Saints will ultimately win or lose by the decision-making and passing accuracy of their All-Pro quarterback. In light of that, it might be fair to ask: is that simply taken for granted? 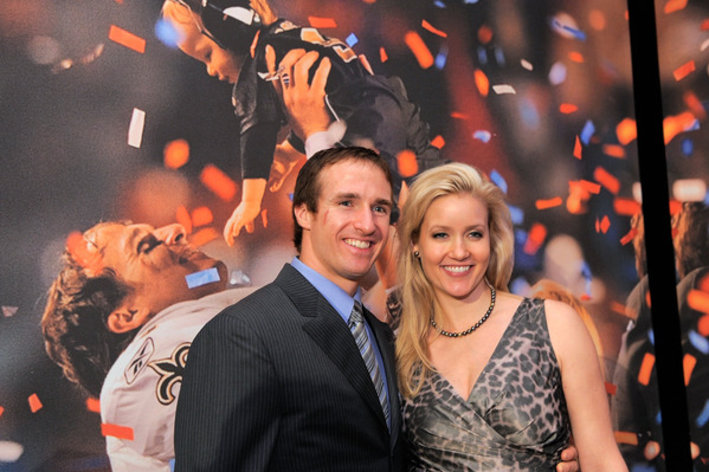 It was almost a foregone conclusion. until the Saints went shopping for a new quarterback.

Last season, while having to rely on a defense that gave up more yards in a single season (7,042) than any other team in the history of the National Football League, Brees guided the Saints to a 7-9 record in a league built for every team to go 8-8. Despite a relatively high number of interceptions (19), he led the NFL in touchdown passes (43) and for the second year in a row, in passing yards (5,177).

Brees also had the 8th best passer rating in the league (96.4) even though he attempted more passes (670) than any other quarterback. To put his passer rating in perspective, the top three rated quarterbacks last year, Aaron Rodgers, Peyton Manning and Robert Griffin III had 552, 583 and 393 passing attempts, respectively.

Beyond his impressive numbers year in and year out, equally remarkable are Brees’ leadership qualities. In 2012, with a team without its head coach and crippled by suspensions, Brees had the Saints at 5-5 past mid-season and in position to make a run at the postseason.

We yearn feverishly for more wins than losses, live and die with every tipped pass that goes for either a completion or an interception. As we do, we often forget to enjoy greatness in motion right in front of our eyes. Brees’ 2012 season is a perfect example of that. We had better appreciate it now. Before long, it will be January 3, 2021 and it could very well be Brees’ last game in a Saints uniform.