NFL Power Rankings: New Orleans Saints in Bottom Half at No. 19

Another "expert" has got me all hot with an extra helping of bothered.

Share All sharing options for: NFL Power Rankings: New Orleans Saints in Bottom Half at No. 19

I was just planning on ignoring any and all NFL power rankings for the remainder of the off-season until the start of preseason. 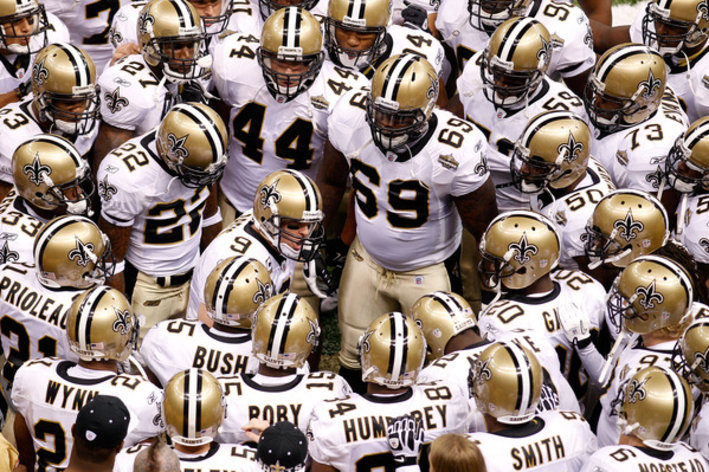 But now that NFL analyst Elliot Harrison (who?) released his team-by-team power rankings on NFL.com a few days ago, I just can't keep my mouth shut. I was more than a bit surprised to find the Saints all the way down at No. 19 overall. That's below the Dolphins, Rams and Cowboys!

Here is Harrison's explanation. Apparently, he thinks the Victor Butler injury was a crushing blow to the Saints chances in 2013.

Victor Butler might not be a household name, but the New Orleans Saints certainly were relying on his presence in 2013. New defensive coordinator Rob Ryan brought Butler over from Dallas to give the weak New Orleans pass rush a shot in the arm. Now that's over. Will Smith really has to tear it up this season for the defense to play anywhere close to the offense.

Look, I don't expect the Saints to be a top five team or anything but I thought it would be at least a few years from now before I ever saw the Saints ranked in the lower half of the league again. Wow. Just wow. Hell, even Pete Prisco has them higher at No. 16 and that dude friggin' hates New Orleans.

Am I just delusional here? Do the Saints deserve to be where they are? Where would you rank the Saints?