How Payton's absence affected the Saints in 2012 and how his presence in 2013 could lead to another championship run.

Share All sharing options for: The Sean Payton Effect

As I type this article, all is quiet in the Edwards household. If you're looking or listening for the Saints hype from the major networks in 2013, there is little to be found. As of today, NFL.com ranks the Saints as #19 behind ten NFC teams in their "power rankings." Yes folks, we're behind the Bears, Rams, Cowboys, and Vikings. After one season, without Coach Payton and with a historically bad defense, the Saints are once again seen as a team on the outside looking in.

Saints in Bottom Half of NFL Power Rankings 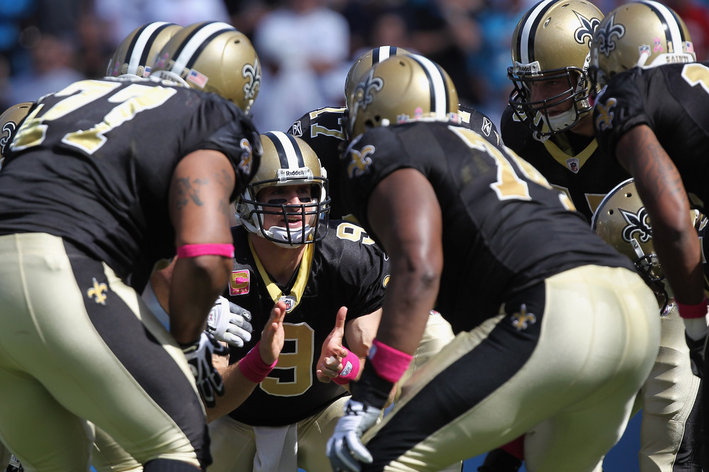 Why do the "experts" have such little respect for the Saints?

This is the same NFL.com/NFL Network that felt that just one Saints player was worthy of being ranked as a top 100 player of 2013.

If one is trying to deliver a lack of respect and plenty of motivation for Coach Payton and the Saints players, then I would like to thank NFL.com for delivering it to them on a silver platter.

From 2009-2011, Sean Payton was the most successful coach in football (37-11, one Super Bowl ring). It is amazing how his one year absence can result in such a perceived drop off for a team that was very successful prior to the drama of the 2012 offseason. Obviously, the Bountygate situation was a disaster. But if there is a team in the NFL that has the ability, the talent, and the leadership to bounce back from adversity, it is our New Orleans Saints.

Looking deeper into the 2012 season, the loss of Sean Payton was critical to both sides of the ball. While Drew Brees proved how amazing he and his offense can be (2nd in total yards, 1st in passing, 3rd in scoring), the finer details were thrown out of the window.

In 2012, the Saints ran the football almost 55% of the time on 1st down and 10, which was the highest rush percentage in this situation by a Drew Brees-led Saints team. Most of the time, this led to a 2nd and yardage situation. In almost every second down situation, the Saints ran again less than 33% of the time, meaning there was at the very least a 67% chance that the Saints were throwing on 2nd down. This made the offense very predictable and led to Drew Brees' career high 670 pass attempts. Even with that high attempt total, it was the first time since 2006 that less than 6 offensive players had 30 or more receptions.

To make sense of this, Coach Payton ran the ball about 43% of the time on 1st and 10 in 2011 and 49% of the time in 2009. On second down and yardage situations, he ran the football again at least 35-40% of the time (on average) in 2nd and 5-10 yard situations and over 50% of the time on 2nd and short. In both mentioned seasons, seven players had 30 or more receptions. Obviously, this is a better mix to keep opposing defenses off balance.

The predictable play calling of 2012 affected time of possession. It also led to the Saints going from first in 2011 in least number of three and outs (13.14%) to a very mediocre 17th in 2012 (22.63%). While the offensive yardage stats may have looked great on paper, the Saints lost out on opportunities to get drives going and at times, put points on the board when they were needed.

With all of the distractions and drama that came with the 2012 season, the Saints simply got away from their formula for success. Sean Payton has that formula. It is obvious that the loss of this offensive mastermind was far too much for the Saints to overcome. While the so called experts continue to underestimate the New Orleans Saints in 2013, there is nowhere for this team to go but up. If Rob Ryan's defense can bend and not break like many of the past defenses in the Payton era, the Payton Effect will bring New Orleans back to contention and once again be a threat to hoist that Lombardi Trophy in New York.