From Saint Aug. to the Saints?

As a franchise, the New Orleans Saints have established a tendency for making a big splash when it comes to drafting high profile running backs. Since following football closely from a young age, the Saints have drafted four Heisman Trophy winning running backs: George Rogers, Ricky Williams, Reggie Bush and Mark Ingram. 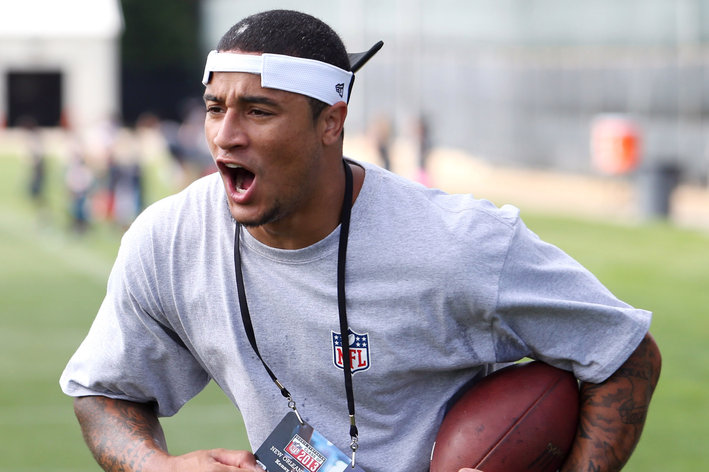 While there was a substanial gap between Rogers and Williams, this pattern has been accelerated in more recent history selecting three Heisman running backs in the last twelve years. Ironically, while the jury is still out on Ingram, none of them would be considered the greatest running back in Saints history. Deuce McCallister has that spot hands down.

For those that follow college football recruiting like myself, New Orleans and the State of Louisiana as a whole is a hotbed for producing top notch prospects, many of whom go on to play in the NFL. Throughout the season, it seems like the Saints are facing opposing players with ties to the state and city.

The Class of 2014 in Louisiana is loaded more than usual and leading the pack is 6'1" 225 pound running back Leonard Fournette from Saint Augustine High School in New Orleans. Fournette, who is considered the top running back in the nation by Rivals.com, has rushed for 4,137 before even playing his senior season. He is expected to announce his college decision at the Under Armour All American Game.

Should Fournette come anywhere close to fulfilling his expectations at the collegiate level, chances are he will not stay in school all four years. My guess is that he will enter the 2017 NFL Draft which should be about the time the Saints are due for another Heisman Trophy running back. Now, Fournette may not win the Heisman, but I'm sure he will be among the nation's best.

How do you see the Saints running back situation looking in four years? Out of all the positions, running backs tend to make the quickest impact in the NFL, but also have the shortest "shelf" life. I don't have their contract numbers in front of me, but I would venture to say that out of Pierre Thomas, Darren Sproles and Mark Ingram, the player most likely still on the roster in 2017 would be Ingram. Will finding some new blood to relieve Ingram be a top priority for the Saints in the 2017 NFL Draft, and will they make a big splash by picking a native son and possible Heisman winner in Fournette?

Catching a St. Aug. Purple Knight game in person and seeing Fournette play is on my bucket list for the 2013 season. God knows I love watching their band, the Marching 100, during Mardi Gras. Especially early on Mardi Gras morning with a Bloody Mary in my hand as I watch them step in unison and listen to the sounds of their trumpets while they make the turn from Jackson Avenue onto St. Charles leading the Zulu Parade. That's another topic, back to Fournette.

If any other Canal Street Chronices readers have already had the opportunity to watch him play in person, please share your thoughts on his playing style and performance, and how you feel he would project as a future Saint.