Some very special Saints fans rolled in Covington's Bicentennial Parade yesterday, and thanks to his nifty iPhone, my Dad scored us some exclusive pics!!

Covington, Louisiana (where I spent many of my formative years: 1976-1989), is celebrating its bicentennial through July 4 of this year (1813-2013) LINK, and the Bicentennial Parade, which featured old-timey cars, the oldest man in Covington, and a Saints Superfan Float, was held yesterday. THIS STORY from WDSU.com features v-roll and a brief story on the parade.

Bob and Weese watched the parade with my sister and her kids, from the vantage point of across the street from William Pitcher Junior High, which both my sister and I attended. I could tell this by the apartments at the end of the street in the distance in this first picture of the Superfans as they approach my family. And I think I can even see the "Skoal Tree" in the distance, where the kids who dipped tobacco would hang out during recess... 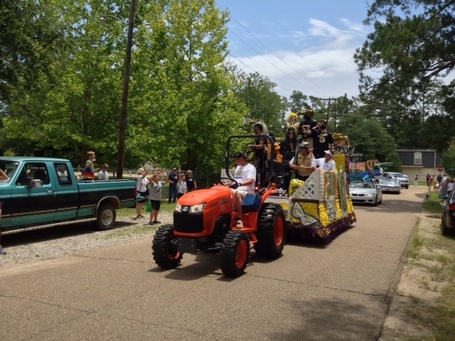 According to the City of Covington's press release...

The New Orleans Saints Superfans will also be riding in the parade as special guests. The Superfans participating include fan favorites Fleur-D-Licious, Who Dat Chef, Whistle Monster, Mack the Quack the Who Dat Clown, Gris-Gris Man, Soul Saint, Stunt Double Coach and the Saints Joker, all of whom plan to participate on a float decorated by Covington's own Superfan, The Sign Man, Larry Rolling. 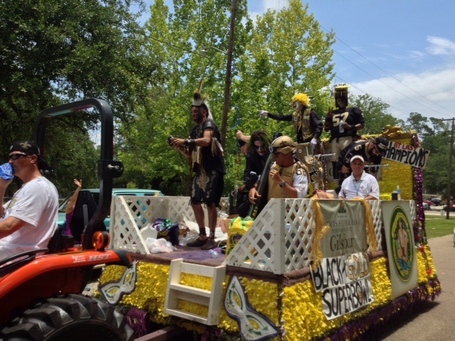 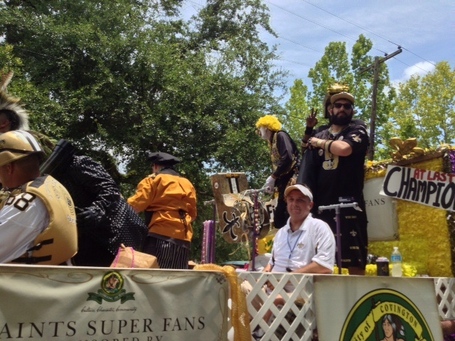 Looks like Coach Payton's already resting his injured leg by sitting down. And you can see the distinctive lettering of the handiwork of Covington's Superfan, The Sign Man, all OVER this float. 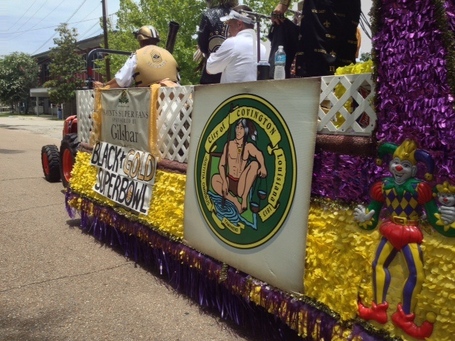 What a sweet Bicentennial logo...now someone should tell Dan Snyder that THIS is how you respectfully use Native American imagery in a logo. 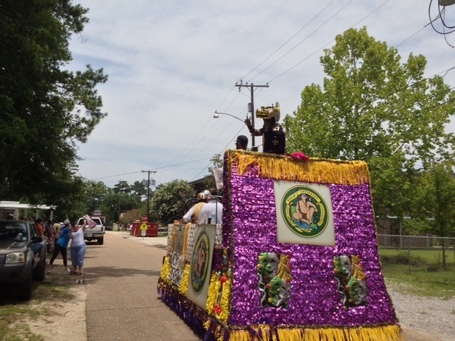 Goodbye, Superfans!! Thanks for stopping by.

My Dad said they nearly missed the OLDEST MAN IN COVINGTON's buggy because it lacked signage (where's The Sign Man when you need him?), but here he is in the straw hat: 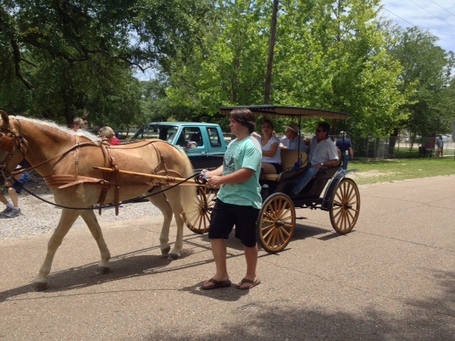 With it being a parade in Louisiana, of course there were throws. Those are my Mom's gams there in the white capris with the cute strappy sandals, along with either my sister's or my niece's leg and brown-sandalled foot, too. 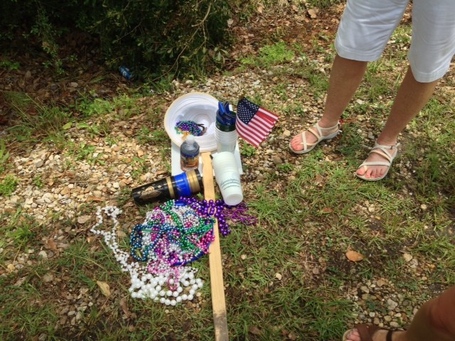 Did I mention it was hot? One way my Mom and sister tried to beat the heat was with the help of my Dad's signature red bandanna. 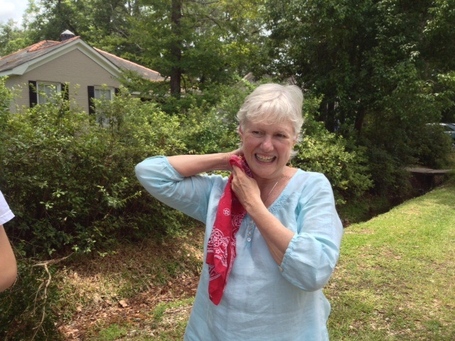 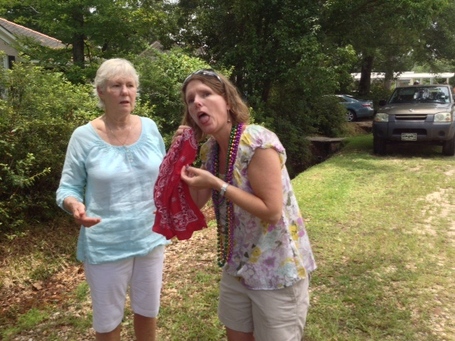 I'm not sure if they know my Dad sent me these oh-so-glamorous pictures of them, but they will once I send them the link to this post. If you don't hear from me later today, have the cops check on their whereabouts first, ok? The sooner they act, the fresher the trail will be.