The Versatility of Darren Sproles

From San Diego to New Orleans, special teams to offense, the dynamo RB of the Saints has made history. He is unmatched in all purpose yards (12,533) since 2007. In a rebuilding year, how will he help the Saints turn things around?

Share All sharing options for: The Versatility of Darren Sproles

In 2011, Darren Sproles crossed over from the AFC to the NFC, mostly due to Drew Brees' discussions with him. Drew worked with Sproles in San Diego and knew his talents. It very well could have been one of the best acquisitions for the Saints since Drew Brees himself.

Darren Sproles is versatile in the run game. At 5'6" and 190 pounds, he is a tough target to wrap up. In a New Orleans Saints' backfield that has been more than uncertain in recent years, Sproles has provided a spicy kick on the run and the pass not seen in recent years. He is fifth in the NFL with 5 punt and kickoff return touchdowns since 2006. And Sproles made NFL history when he scored his first two touchdowns. Against the Indianapolis Colts in 2007, he scored punt and kickoff returns in the same game.

For Saints' Left Tackle Charles Brown, The Time Is Now 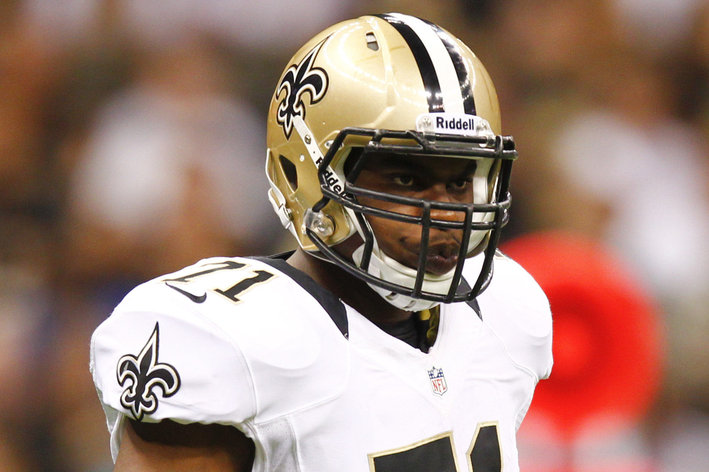 The 2013 season brings hope of a new beginning for Brown.

Sproles was taken in the 4th round of the 2005 NFL draft by the San Diego Chargers out of Kansas State as the 130th overall pick. There he was the third string RB behind LaDainian Tomlinson and Michael Turner. He worked with then starting QB Drew Brees.

In each of his last two seasons with the Saints, Darren Sproles has scored seven receiving touchdowns, 14 of his total 25 TD receptions thus far in his career. What also makes him very dependable is the fact that he has had zero fumbles in his first two years with the Saints. He had 13 in his five years with the Chargers.

Adding to the dependability factor for Sproles is his health. After suffering a broken ankle with the Chargers in his second year in the NFL, he has avoided any further serious injuries, thus, stabilizing an oft injured Saints backfield the last two seasons.

He isn't a power back or a goal line bruiser. He is simply too small for that. But his talents running in open spaces and his pass catching abilities are simply atop the NFL in recent years. Most defensive coordinators lose sleep imagining the squirrel-like Sproles catching a screen pass in open space, because they know he will be hard to catch.

Sproles is obviously too small to be considered a tight end also. He does, however, have more receptions, yards receiving, and receiving touchdowns than he does rushing. If he was brought in to replace the departing Reggie Bush, he did so brilliantly. Darren Sproles is so uniquely versatile that he holds records for the NFL, the Chargers, and the Saints for all purpose yards. In his first season with the Saints (2011) he broke out with 2,696 all purpose yards, both NFL and Saints franchise records.

When Kansas State won one of their three conference titles, in 2003, it was Darren Sproles' junior season. Nowadays, he returns to the area of Olathe, Kansas where he was born and raised. He holds an annual camp there for the community youth called Sproles Empowered Youth Camp. It is here where he teaches the younger generations useful skills such as filling out job and college applications, create resumes, and even football fundamentals. Other things the Sproles' (Darren runs this camp along with his athletic wife Michel) try to pass on are sex education, lessons on staying healthy, and financial/business education. They have separate camps for both boys and girls. The boys' camp is held in Olathe and the girls' camp is held in Michel Sproles' home state of California (San Diego).

Whether on the field or off, it is always better to have a leader on your team and Darren Sproles is one of those quiet contributors. While we see where the Saints' first "normal" off-season in four years takes them, the mainstays and stable players are most certainly welcome. Sproles will be headed into the second half of his four year contract where he has proven to be absolutely worth all $14 million.

Darren puts it this way, "We're just going to take it game by game this year, but we want to win - that's the only expectation we can have is win."

If the enthusiasm of Who Dat Nation is any early indication, expect this season to be one of the best rebounds by an organization the NFL has ever seen.