In 2012, the Saints secondary was beaten like a Neil Peart drumset. Let's take a peek at the cast of characters who may be able to turn that around in 2013.

What do Josh Freeman, Tony Romo, and Matt Ryan have in common? Besides being quarterbacks that I despise, they all threw for over 400 yards against the Saints defense in 2012. 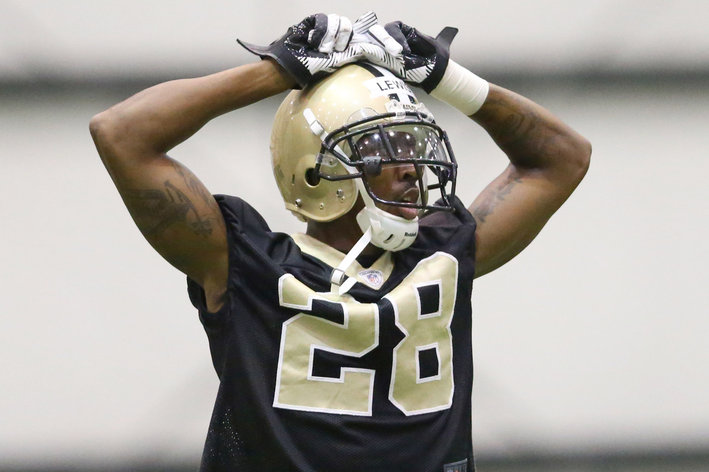 The signing of Keenan Lewis alone should mean bigger and better things for the Saints' secondary in 2013.

The good news is that the Saints won all three of those games. As a matter of fact, the Saints defense allowed 8 opposing quarterbacks to reach the 300 yard plateau in 2012, but the Saints won 5 of those 8 games. However, the Saints scored 30+ in all 5 of those games and won 4 of them by a touchdown or less. One could easily say that if the Saints offense didn't pick up the slack in those 4 games, we could have possibly been looking at a potential 3-13 season instead of a disappointing 7-9 campaign.

When analyzing what went wrong with the Saints defense, you would not be incorrect in saying that the team simply did not buy in to Steve Spagnuolo's defensive system. But some Saints fans point directly at the secondary and the inability to stop anyone in a opposing team's uniform.

Ugh, revisiting 2012 is painful. New defensive coordinator Rob Ryan is here to change all of that. It is possible that the Saints decide to keep ten members of the secondary. The question is, how many corners and how many safeties? So let's take a look at what he has to work with in 2013.

PROJECTED LOCKS AT THE CORNERBACK POSITION:

As part of the top ranked pass defense of the Pittsburgh Steelers, Keenan Lewis led the NFL in pass deflections in 2012. He was rewarded with a 5 year, $26.3 million contract this offseason and hopefully will become the #1 cornerback for a defense that is in serious need of a play maker. While he did not have an interception in 2012, the New Orleans native is in the prime of his career and is expected to do great things for the Saints in 2013.

What to watch: Will Keenan Lewis become the play making cornerback that the Saints expect him to be? That ZERO in the interception column is a bit alarming, considering how often he was able to get his hands on the ball in 2012. Lewis seems like a confident guy (as most cornerbacks are), predicting a pro bowl appearance that never came to be last season. But after one full season of significant playing time, our new cornerback showed that he does have the tools and the potential to be exactly what we need to improve the pass defense in 2013. Here's your opportunity to be the man Keenan, don't screw this up!

Entering his 10th year in the NFL, the 31 year old Greer is coming off of a career best in interceptions (3) despite playing 14 games in 2012. He's a smart cornerback who isn't afraid to be tested, collecting double digit pass deflections in five of the last six seasons. It is assumed that he will play opposite of Lewis, but could be forced to the nickel position if Patrick Robinson breaks through in camp and in the preseason.

What to watch: Has Jabari Greer lost a step? His tackle numbers dropped in 2012 and almost half of his total pass deflections (13) were in two games (4 in that 41-0 slaughtering of the Bucs, 2 in that terrible OT loss to the Chiefs). While adding Keenan Lewis was a nice move for this secondary, the re-emergence of Greer will be critical if the Saints want to have a respectable showing on defense this season.

Ahh yes, the Saints cornerback that the Who Dat nation loves to hate. You can go ahead and call PRob a lock to make this roster in 2013. While Dan Kelly is frantically looking for a Robinson voodoo doll, there is a chance that this former first round pick wins the spot of starting cornerback opposite of Lewis. Robinson's 18 pass deflections was among the top CBs in the league. He allowed approximately 58% of opponent's passes to be completed on his watch, which is mediocre, but was a constant burn target when covering the best WRs in the league. He will only be 26 in September and will be in his 4th year, so hopefully year 4 will prove to be for him what it was for Lewis. It's do or die time for PRob.

What to watch: It's time for PRob to prove his many critics wrong and have the breakout season that we all have been waiting for. The 4th year corner needs to be more physical and simply play smarter football. While many have lost hope in this guy, I believe that Rob Ryan's defense is exactly what Robinson needs. He took a serious step backwards in 2012. If he doesn't significantly improve, you may see a lot of 3 safety looks in coverage situations or may open the door for Corey White to see a boost in playing time.

The second year man out of Samford has the size and physical ability to be a part of the Saints secondary in 2013. In his rookie season, Corey White made 4 starts and showed the promise and potential deserving of keeping him on the roster. As a converted safety, White may fit in perfectly to what Ryan is hoping to accomplish with this new defense.

What to watch: Corey White could make a legitimate run at starting week one at cornerback. Hey, he did start his first ever NFL game week one last season against the Redskins. While the physical corner did miss six games, eventually ending up on IR in 2012, White has received a lot of praise from the Saints coaching staff and physically fits Rob Ryan's type of CB. He certainly can tackle, but the biggest question will be if he can outplay the veterans in pass coverage to make a run at more playing time.

THE COMPETITION AT CORNERBACK:

Chris Carr: At the end of the 2012 season, Chris Carr was debating if he would retire. He was simply a special teams guy with the Chargers last season, but may have a spot on this roster if the Saints struggle to find enough special teams guys that they are comfortable with. He has had some success as a corner with the Baltimore Ravens and was coached by Ryan in Oakland. If Carr sticks, it won't be to play defense but could be one of those guys that can help the defense become more comfortable with the 3-4.

Rod Sweeting: This may be one of those undrafted free agents that make a push at a roster spot. He has good speed and has the ability to contribute on special teams. If the Saints keep 5 corners, Sweeting may give Carr a run for that 5th spot.

What to watch: The status of Courtney Roby may have an impact on who is kept here. If Sweeting proves to be impressive on special teams or too good to pass up on defense, then we could have our first roster surprise.

While adding Keenan Lewis was a step in the right direction, the cornerback competition in training camp and in the preseason should be rather uneventful. With exception of a possible Carr vs Sweeting battle for a 5th CB spot (which is not even guaranteed considering the safety depth), it seems very unlikely that the remaining CBs in camp will do enough to earn a spot on this 53 man roster. With the potential of Kenny Vaccaro or Malcolm Jenkins manning the nickel spot in certain formations, it could be possible that the Saints hold on to only 4 cornerbacks to start the season. I'll play it safe and predict that the Saints will keep five.

So how do you see it playing out? How many cornerbacks will the Saints have? Do you see an unexpected addition to the active roster?

(The next Countdown to Camp will feature the safeties. Get your popcorn ready!)