What to expect in 2013 from Terron Armstead and Johnathan Jenkins - the rookie trench warriors.

Welcome back to The Rookie Run-Down Saints fans! In the last installment we previewed incoming rookies Kenny Vaccaro and Kenny Stills. This week we will take a look at Johnathan "Big Man" Jenkins and Terron "The Freak" Armstead. Armstead is an offensive tackle who was taken with the 75th pick and Jenkins is a nose tackle who was taken at No. 82, both in the 3rd round of the 2013 NFL draft. The new guys are rolling into the Crescent City with a ton of potential (seems almost literally) and an opportunity to step in at their respective positions and make a statement. 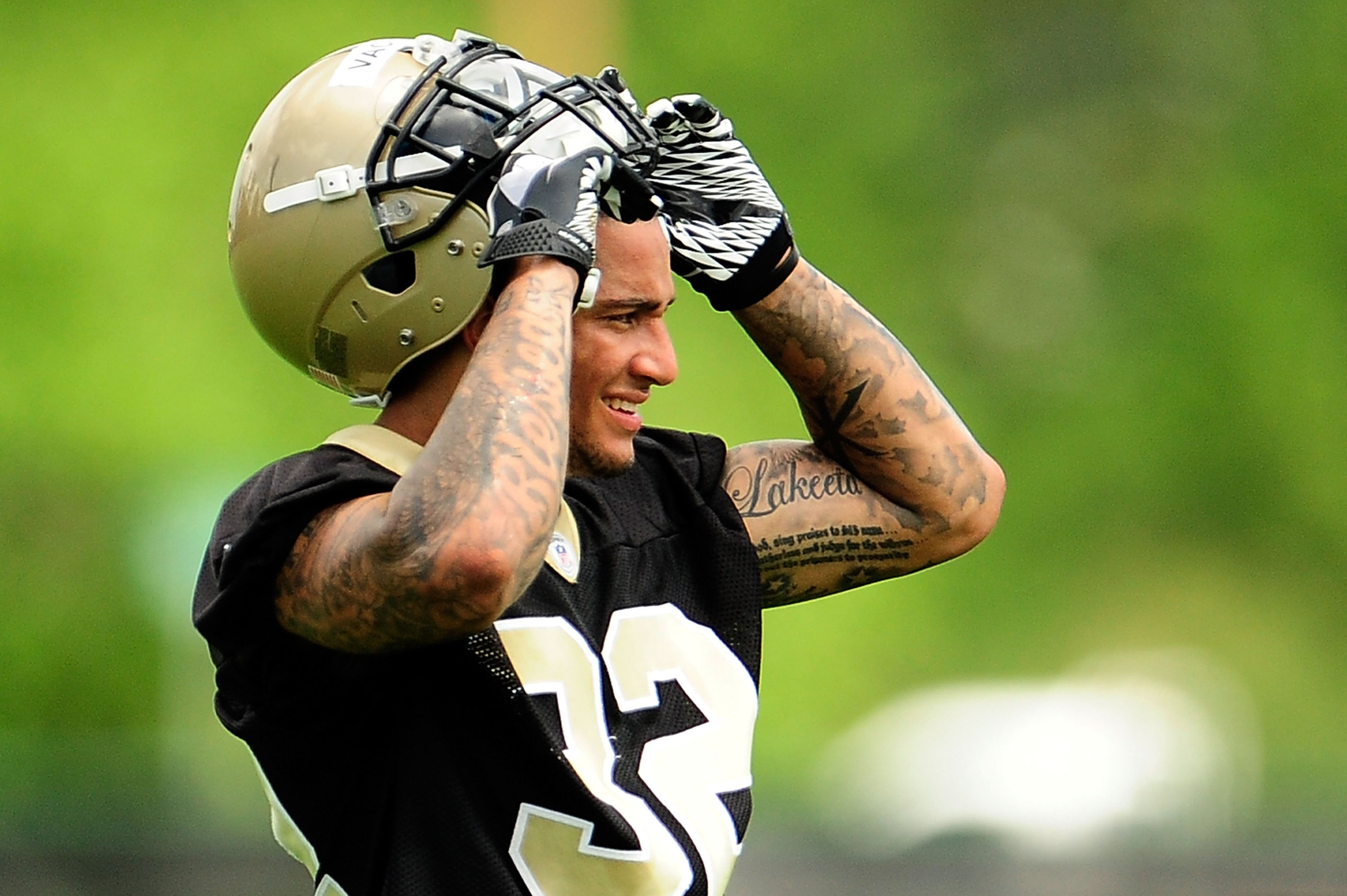 Just what should we expect from The Kennys in their first seasons?

First up this week is Terron Armstead, who joins the Saints after a four year career at the University of Arkansas at Pine Bluff. He stands at 6'5" and weighs in at 306 lbs and was an All SWAC selection in his final three seasons, he is considered a raw talent. Projected as a left tackle for New Orleans, Terron is a physical freak with great athleticism. Football fans all over the world know the legend of The Freak and his performance at the combine earlier this year. Armstead clocked a blazing 40 yard dash time of 4.71 which is the fastest time of any offensive lineman in combine history. This is a player that has the potential to hone his skills and earn a starting role with the Saints. Let's take a look at Armstead's chances of becoming Drew Brees' blindside savior.

Currently there are three players competing for the starting LT job, including Armstead, veteran Charles Brown, and journeyman Jason Smith. Unfortunately for Armstead, he is not stepping into a job where he can learn from veteran players before eventually taking their position. In this situation we have a fragile default starter in Brown who has flashed potential but continues to miss playing time due to injuries. Brown has managed 8 starts in 21 games over three seasons and missed time at OTAs, so there is a strong chance that Armstead will be called upon and see substantial playing time this season. Jason Smith has never lived up to his 1st round selection potential and should not be depended on to play substantial minutes in 2013. Those two factors lead to The Freak having a clear shot at seeing the field and making great things happen at the LT position. Don't fret, the Saints offense does not depend on stellar tackle play, so Armstead as a starter will be a building block for the future. His strengths are quickness and great footwork, so on screens and plays that require lineman to move in space, Armstead will shine. If you haven't noticed, screens are a big part of the New Orleans offense!

Next up is our new big man in the middle, Johnathan Jenkins. The University of Georgia product stands 6ft 4in tall and weighs 346 lbs. Jenkins played two years of junior college football at Gulf Coast Community College to establish himself as a player to watch. FBS schools took notice and he was snatched up by the Bulldogs to man the middle of their defense. While at UGA, Jenkins used his senior season to garner attention from NFL scouts, who projected Jenkins to be drafted between the late first and third rounds. The wide ranging projections were due to Jenkins' inability to properly manage his weight while in college as he ballooned to 370 lbs at one point in his senior season. Jenkins publicly addressed the weight issue and assured everyone that he has a handle on his weight and is more knowledgeable about how to maintain a healthy playing weight. This could quickly sour Saints fans on Jenkins, particularly those who are still upset about Johnathan Sullivan who was also a UGA product with a weight problem. Let's all hope that the Big Man is true to his word and the Saints keep him on a strict regimen.

Let's review the competition at defensive tackle to get an idea of what to expect from Jenkins. There are currently six players listed on the Saints roster as defensive tackles and this includes Akiem Hicks who may potentially line up at defensive end as well. Realistically, Saints fans can expect three players to compete for snaps including Jenkins, Hicks, and Broderick Bunkley. Hicks is a versatile lineman who enjoyed a standout rookie season along the defensive line and Bunkley is a natural 3-4 DT due to his wide frame and low center of gravity. Where does Jenkins fit in? Well, the saints have a true stud at one DE spot, which will be manned by Cameron Jordan. Martez Wilson will be moving to outside linebacker, leaving a spot for Akiem Hicks to get the lion's share of the snaps opposite Jordan. If all of these factors hold true, this creates a two-way competition at DT and by season's end, Jenkins could outplay Bunkley to win the job outright. The primary hurdle for Jenkins at that point would be himself! Will he maintain control over his weight and become a dominant DT? Or will he eat himself out of the league like his Bulldog predecessor?

These two new trench warriors both have a realistic opportunity to get substantial playing time in their rookie season. It will be up to them to take advantage of inferior competition at their respective positions and earn their strips in Black & Gold. Will the Big Man and The Freak be up to the challenge?