Arrests this off-season are up from 2007. From the super stupid to the very sad; mayhem to murder. Will Commissioner Roger Goodell approach any of this with the seriousness of Bountygate? Are the two even comparable?

Share All sharing options for: Opinion: NFL Under Siege

As Aaron Hernandez sits in a jail cell without bail on a first degree murder charge, the NFL is experiencing a failed momentum this off-season; there have been more arrests of NFL players since 2007. These have not been mere arrests for curfew or disorderly conduct. As in the Hernandez case, many have been deadly serious.

One could argue that Commissoner Goodell has lost control

When the book is written this off-season, many teams are going to have been dealt serious blows beyond just the New England Patriots. Just as the New Orleans Saints have dealt with one: wide receiver Joseph Morgan arrested on a DWI charge. In light of an off-season of turmoil across the league, the way teams and staffs deal with this possible epidemic can make or break a run for the Lombardi Trophy.

Depending on what report you believe, there have been between 27 and 32 arrests in the NFL since the Super Bowl, the highest since the 2008 (February and July) off-season when 41 arrests were made. In the years between 2008 and now, there were 21 in 2012, 25 in 2011, 23 in 2010, and 22 in 2009. The charges range from drugs, weapons, and murder, to failure to appear in court and simple assault. One could argue that public intoxication and disorderly conduct charges actually deserve the Boy Scout Awards for the NFL this off season.

It's difficult to hold our professional athletes in any sport to a higher standard until you consider one important detail: they've been long considered role models. Whether this is fair or not, and the argument has been many times considered, they really are. They influence our youth through the NFL Play 60 Program, United Way, and several other outreaches. In any sporting venue, we rely on athletes to reach fans and youth, in nearly the same way as our military, which I can proudly say I am a part of. You stand for it and claim it, or you move on.

In the NFL, Talent Wins, Not Character 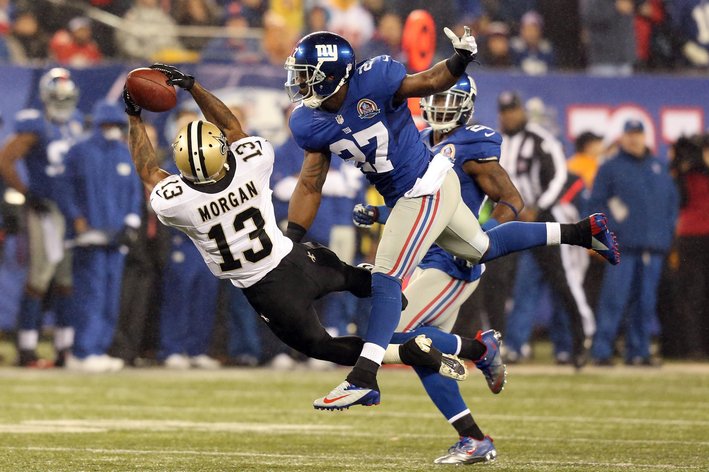 With the ever growing pressure to win now, NFL teams will always take a chance on talented, yet troubled players.

Everyone in Who Dat Nation knows there have been players, whether good or bad, that Sean Payton, Mickey Loomis, and maybe even Tom Benson have issued passes on because of off-field concerns. Can you imagine Drew Brees throwing to Chad Johnson, Terrell Owens, or Randy Moss? You laugh, but he could make these guys stars again. Rolando McClain at linebacker? You laugh. But if these guys had been standouts on and off the field and available in free agency, you couldn't resist. If not, you don't know football or their potential.

We know Sean and Mickey will let any player through waivers if they have drama problems because there is nearly too much talent in their acquisitions both in free agency and the draft. Who Dat Nation also knows that Tom Benson is a nice guy but any antics out of the zone will likely get you and your talent on a first ticket out. I see Joseph Morgan in need of a blowout season if he wants to erase or make up for his arrest. If he doesn't hit the target, consider him on the market. He is lucky Sean Payton didn't issue his walking papers a few months ago and he knows it.

I beg to see Roger Goodell with the same energy this off-season as he had last year when the Bounty scandal touched down. You cannot begin to think of me as a torched Saints fan after hearing virtually nothing yet, even after Aaron Hernandez. The NFL insists that due process take its course, which is how it should be. But he made rulings and handed out penalties before the courts ultimately had their say less than a year ago, which flies directly in the face of this. One could argue fluently that Commissoner Goodell has lost control. Or one could argue that he has an opportunity to exercise the discipline and control he preaches. The next few precious months before the start of a new season under his reign will speak volumes. Otherwise, it is empty rhetoric.