The AFC West will send the No. 1 seed to the AFC side of the playoffs in 2013. After that, there isn't anything special.

We round out the AFC divisional predictions with the AFC West.

How in the world did the Broncos get the easiest schedule in the league? It doesn't seem fair. They cleaned up in the free agency, acquiring Wes Welker, Dominique Rogers-Cromartie, Quentin Jammer, Shaun Phillips, and several key offensive lineman. If they weren't an offensive juggernaut already, they are a full blown colossus now. Montee Ball will replace McGahee, and Peyton still has Demaryius Thomas and Eric Decker to throw to. The defense features stud pass rushers Von Miller, Wesley Woodyard, and Derek Wolfe. Don't forget about future Hall of Famer Champ Bailey either. The Broncos take the first seed in the AFC race and are legit Super Bowl contenders. 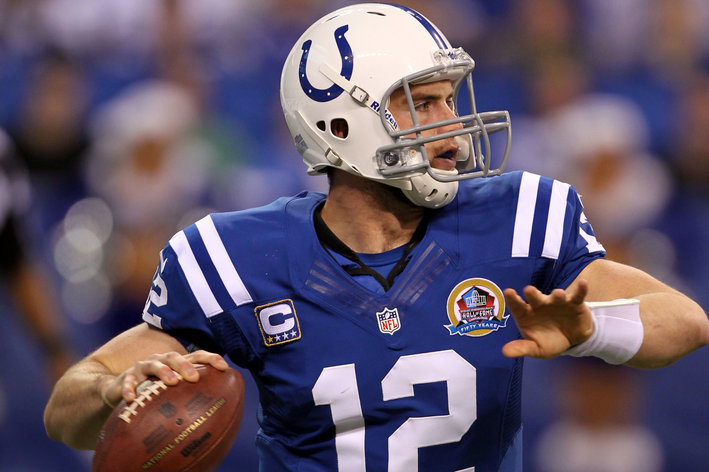 The Chargers offense is one of the most overrated groups in the NFL. They have a mediocre receiving corps and their running game was the sixth worst in the league last year. Danny Woodhead will help, but he is more of a threat catching passes out of the backfield. The defense is more of the same: very bland. Manti Te'o and Dwight Freeney bring a "shock factor" to the group, but it remains to be seen if they will contribute effectively. It'll be another year or so before this team gets to top form.

Hiring Andy Reid was the best thing the Chiefs could do to start off the rebuilding year. They then brought in Alex Smith, a great game manager that won't throw for 4,500 yards but won't make a lot of mistakes either. Jamaal Charles is a heck of a back that has the perfect combination of speed and power. The other offensive stars are Dwayne Bowe and first overall pick Eric Fisher. They added some key depth on defense through free agency with Dunta Robinson and Sean Smith to join pass rusher Justin Houston. The Chiefs don't have a tough schedule, but their team isn't strong enough yet.

The poor Oakland Raiders really don't have any substance on either side of the ball. Darren McFadden is a pretty good back, but he has injury problems each year. The receiving corps is sub par and they don't have a true starting quarterback. Drafting DJ Hayden was a good start to improving the secondary as was bringing back Charles Woodson to see if he has anything left in the tank. The front seven is very mediocre, though. I don't see the Raiders doing any damage this year.

What are your thoughts on the AFC West for 2013?