The NFL's premier event is finally upon us, Super Bowl XLVIII, and a champion of the 2013 season will be crowned this Sunday night. Let's break down who the Super Bowl champion will be.

Here we go folks, that bittersweet time for every football fan. As much as Super Bowl Sunday is a celebration of the NFL's championship, it's also the culmination of another football season. Come Monday, it's all over for actual NFL football for another eight months until it all starts over again. Eight long months. So before we talk draft and free agency for the New Orleans Saints, lets break down this final game of the season. The NFC Champion Seattle Seahawks face the AFC Champion Denver Broncos in a matchup of the NFL's #1 offense in Denver against the NFL's #1 defense in Seattle. The old adage says "defense wins championships", let's see if that continues here.

I told you so: Broncos over Patriots and Seahawks over 49ers!

What do I know: Seahawks in a blowout over Niners? 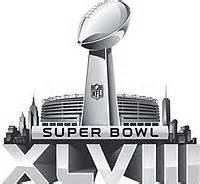 At this point, all of the story lines have been wrung dry: Can Denver stop Marshawn Lynch? Will Percy Harvin be the key for Seattle? Will Peyton Manning throw near Richard Sherman? So on and so forth. After two weeks, there really isn't much to say about this game that hasn't been said.

I think where this game is being played will be key to the outcome. For Seattle, The 12th Man™ will be no factor here. Part of what has made Seattle so formidable and so daunting to face this season, and especially in the playoffs, has been having to travel to CenturyLink Field and dealing with the madness within its walls. Take away their overwhelming homefield advantage and you've essentially removed the venom from the fangs, still dangerous of course, but far from fatal.

For Denver, Peyton gets the opportunity to play for the title in his brother's house, much like Eli did when he won Super Bowl XLVI in Peyton's house. Now Peyton gets the chance to tie his brother with two titles in the place that he calls home. Manning has taken all of the pressure off of all of his teammates which should make for a looser Broncos team. In the preseason, I picked Denver to beat Seattle in this Super Bowl for SB Nation on behalf of CSC. That conclusion then was as hard to make as it is now. In the end, I see no reason to change that pick now.

As I commented during our AFC title game thread: When his career is all said and done, and Peyton Manning is enshrined in Canton, they'll all say that when the World Championship was on the line, the only team that could best "The Great Peyton Manning" in the Super Bowl was the New Orleans Saints. Yeah, I quite like the sound of that.

There you have it folks, another Super Bowl and another NFL season in the books. I don't know about you, but I can't wait to get it all started all over again. Let's get ready for the Saints to begin the march to beautifully sunny Glendale, Arizona for Super Bowl XLIX. Who Dat!