The Detroit Lions are not in need of a first round wide receiver, per se. They just signed former Seattle Seahawk Golden Tate to a five year deal worth $31 million ($13.25 million guaranteed). Kris Durham had nearly 500 reception yards last year, and they just re-signed acceptable fourth option Kevin Ogletree to a one year deal. Oh yeah, they also have some guy named Calvin Johnson catching passes. I've heard he's okay.

Catch up with every pick from our 2014 mock draft right here in one place.

The way this mock draft has fallen, there are some interesting defensive options still available for the Lions. Many would say linebacker Anthony Barr from UCLA is the most talented player left on the board. Others think he has a pretty high bust probability (though the potential upside is high enough that it might not matter). The Lions also need a talent infusion to the secondary. Safety is a weak spot, and the best safety prospect in Ha Ha Clinton-Dix is still on the board. There are some cornerbacks available (Darqueze Dennard being the consensus best still on the board).

Despite those options, I project that the Lions would select Texas A&M wide receiver Mike Evans if the draft fell this way. At 6'5" and about 230 pounds, he has the build to give short cornerbacks nightmares as he snags in jump balls from Stafford. With defenses keyed in on Calvin Johnson, and to a lesser extent Golden Tate, Evans should have room to contribute from day one. The Lions might be interested in trading up to grab Sammy Watkins, but Evans would be a solid consolation prize, and one that wouldn't require giving up draft picks if he falls to them at the 10 spot.

This would represent the fifth wide receiver that the Lions would spend a top 10 draft pick on in the past 11 years (so far they are batting .250 on that front). That shouldn't dissuade them from grabbing the guy who won Johnny Football a Heisman.

But don't trust me. Let's check in with our friend about this pick. Hey Matt! What do you think about the Lions drafting another wide receiver? 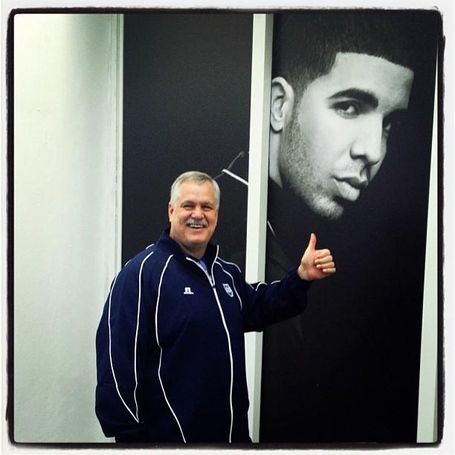 Thanks to all the CSC members who participated in this year's community mock draft. Without your help, none of this would be possible.

Catch up with all of the mock draft selections in our 2014 CSC Community Mock Draft Hub.