The Saints have matched Atlanta's two-year $4.5 million offer sheet to keep the safety in New Orleans.

Rafael Bush will continue playing for the New Orleans Saints in 2014, not the Atlanta Falcons. The Saints have matched the two-year $4.5 million offer made by the Falcons last week.

I'm not entirely sure where the heck the Saints got the money to pay Bush but I love the re-signing.

Rafael Bush has NOT been signed by the Falcons 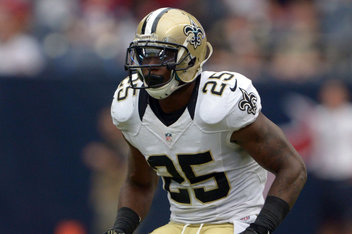 Bashing Rafael Bush could come back to bite some Saints fans in the ass.

I love it even more because Falcons fans thought they were so close to getting some much needed help at the safety position, only to have it taken away from them. Loomis does it again! Will little brother ever learn?

The Saints are now looking pretty darn deep at the safety position.

I hate to say I told you so, but... ah, who am I kidding, I love saying it! Bush being re-signed is exactly why I cautioned some Saints fans last week to hold off on the Bush bashing. Now those fools look like a bunch of moronic d-bags.

By the way, 1,073 of you out there were completely wrong about the future of Bush and didn't have faith that Mickey would pull it off. For shame!