The New Orleans Saints 2014 NFL Draft is officially in the books. And now that the dust has settled, let's take some time to get better acquainted with all six of the Saints picks.

Here's a recap of all six Saints 2014 NFL Draft picks just in case you were locked in a closet for the past four days. I've also included their physical stats, CSC's coverage of the pick, some additional reading from other internet sources that I highly recommend checking out, and each players scouting report from NFL.com. 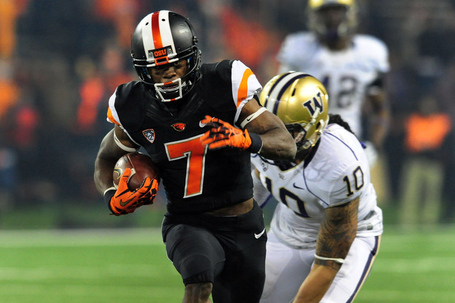 Light on his feet with terrific balance. Sinks his hips with ease and pops out of breaks to separate. Tracks and adjusts. Quick hands. Good concentration, body control and boundary awareness. Can turn a short throw into a long gain. Shows elusiveness, creativity and vision after the catch. Unafraid to play in the tall trees. Highly productive -- totaled 195 receptions for 2,881 yards (15.4-yard average) and 21 TDs in last two seasons. Confident and competitive. Has been exceptionally durable dating back to high school. Team captain. Will be a 21-year-old rookie.

Size is just adequate -- is small-framed and lacks ideal length and bulk. Vulnerable to the jam and reroute. Relatively small catch radius. Has small hands and double-catches some throws. Lacks elite, blazing speed to run by NFL corners and safeties. Will struggle to play "above the rim" at the next level. Was not an impactful punt returner. Limited run strength. Poor blocker. 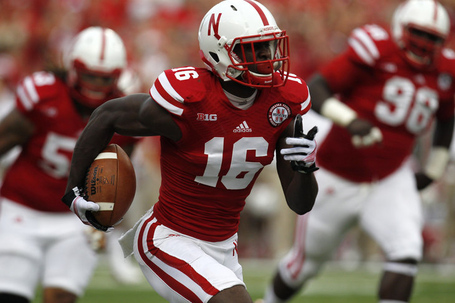 Physically impressive on the hoof -- looks every bit the part with outstanding size and length to mix it up with bigger receivers. Good balance and body control. Jumps routes. Has good hands to intercept and can highpoint throws. Flashes functional strength to reroute receivers, discard blocks and tackle ball carriers. Very productive on the ball in limited time as a starter -- 22 pass PBUs and seven INTs in 19 starts at Nebraska. Works to get better and made strides as a senior. Explosion was on display at the combine, where he posted a 41 1/2-inch vertical jump (best among defensive backs) and 10-foot, 8-inch broad jump.

Has relatively small hands. Not especially strong for his size. Stiff hips. Is not a quick-twitch athlete and struggles to mirror sudden receivers. Lacks elite top-end speed (long-strider). Green positional instincts. Picks and chooses his spots to be physical -- inconsistent run defender. Has tweener traits. Football aptitude is lacking -- could struggle to grasp and execute complex assignments. Will be a 24-year-old rookie. 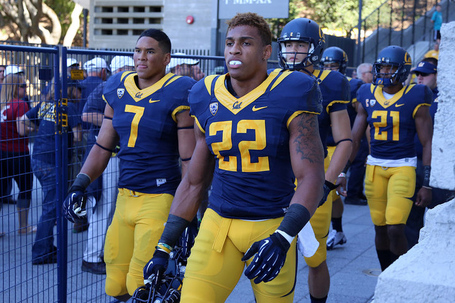 Good size with a muscular build. Field fast -- moves like a safety. Very athletic and agile. Plays on his feet and bends naturally. Excellent lateral agility -- flows smoothly and has sideline-to-sideline range. Uses his arms like flippers to play off blocks. Loose-hipped to drop into coverage and match with backs and tight ends. Has traits to excel on special teams.

Frame is nearly maxed out. Very average key-and-diagnose skills slow his play speed. Does not always trust what he sees -- takes false steps and hesitates to trigger. Inconsistent run fits and field leverage. Can be stronger at the point of attack. Did not make enough splash plays. Has underachiever traits. Motivation and durability should be looked into. 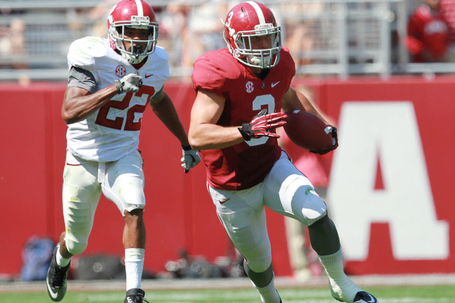 Good size and big hands. Reads and reacts quickly. Assignment-sound and well-coached. Drops downhill to support the run and has experience in deep-zone coverage. Dependable wrap tackler. Good production. Vocal leader who commanded the secondary and made all the calls. Stood out on special teams as a younger player and has the makeup to be a special-teams captain in the pros.

Short arms. Lacks elite top-end speed. Not a quick-twitch athlete. Does not explode off the hash and closing burst is just average -- late getting over the top. Has man-coverage limitations -- struggles to matchup with slot receivers. Occasionally fails to break down or overruns ball carriers in space. Dull pop on contact -- not an explosive, blow-up tackler. Started just 15 games. 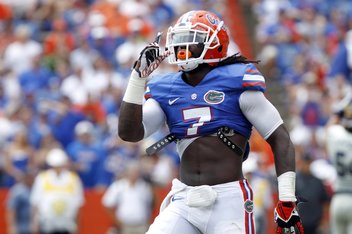 Inconsistent get-off. Average eyes and instincts -- has to see it before he triggers. Shoddy edge setter. Plays short-armed, gets locked up and allows linemen to capture his outside shoulder. Aimless, unrefined pass rusher. Intensity and urgency leave something to be desired. Has coasted on natural talent. Had his tires pumped since high school -- entitlement was an issue as a young player and his personality could rub some people the wrong way. Injury history. 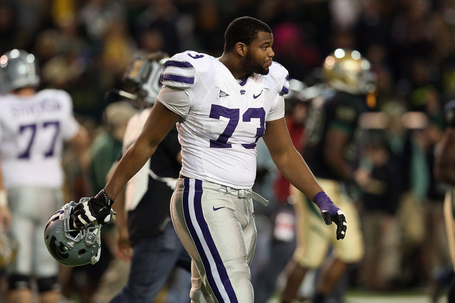