Keenan Lewis is the Real Deal!

Keenan Lewis stepped into the Saints line up in 2013 and surprised fans with an excellent performance as the #1 cornerback in Rob Ryan's defense. What will he do for an encore in 2014?

Share All sharing options for: Keenan Lewis is the Real Deal!

Keenan Lewis is a boss! And not the type of boss most are thinking of right now. I'm talking about a Baws/Baus (emphasis on the awe sound in the middle) like Rick Ross is always talking about. For those who may not be in tune with the current vernacular, Boss is generally used to describe a person who takes care of business at a very high level. Our homeboy Mister Lewis is living this status to the fullest in my opinion. After developing under Dick LeBeau with the Pittsburgh Steelers, Lewis blossomed in his hometown of New Orleans during the 2013 season by posting a career high 4 interceptions. Though I did mention a statistical achievement, I won't simply focus on his stats over the course of the season.

The goal here is to gather an understanding of what makes Keenan Lewis such a good CB. There is a combination of skill and knowledge of the game that makes Lewis such a tough match up for number one wide receivers across the league. But there is also an intangible that drives Lewis as a member of the New Orleans Saints - hometown pride. Proof is the $10 million dollars he chose not to hold out for when given the opportunity to sign with the Saints in the 2013 off-season. Rumor has it, he and his agent wanted $35 million for 5 years to stay in Pittsburgh. Instead, the New Orleans native signed with the Black and Gold for $25 million for the same amount of years. Further evidence of his desire to become a staple in the Big Easy, Lewis restructured his contract after a standout 2013 season to a more cap friendly figure for the team, saving $2.2 million dollars between 2014 & 2015. If that doesn't make you happy to have him on your favorite team, I don't know what will. Well maybe the awesome pic below could help my case! 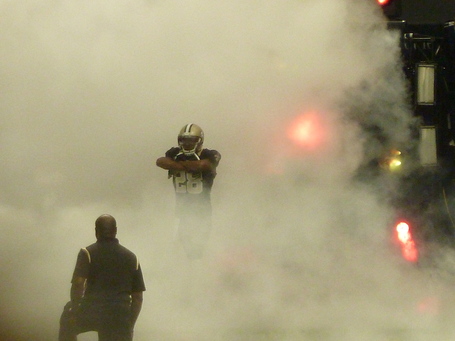 Now I said I wanted to explain why Lewis is a Boss in the revamped secondary and I will do so now. First, Lewis joined the team last off-season and spent his first few months with the team proving that he is an asset by working hard with defensive coordinator Rob Ryan to get a grasp of the new system and assisting teammates in adjusting to the 3-4 scheme. He followed up a solid training camp with a strong preseason, demonstrating to Who Dat fans that he could not only cover but also make sure tackles, something lacking from recent editions of Saints defense. Fully establish as the number 1 CB from Day 1, Lewis was assigned to cover the best receiver each opponent had to offer including the likes of Julio Jones, Mike Wallace, and Larry Fitzgerald. Most memorable was his shut down performance against DeSean Jackson in the road playoff win (feels good to type that) against the Philadelphia Eagles. But I'm getting ahead of myself, I want to take the time to revisit his 2013 season with the Saints in simple words and pictures. 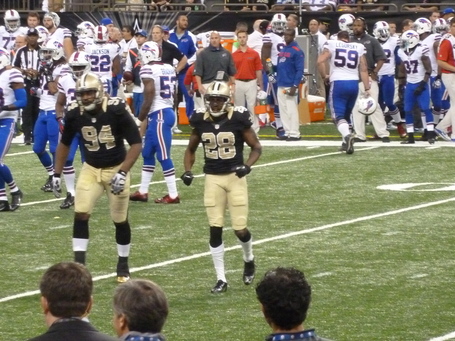 A valuable tool in any defensive secondary is a player who can lead by example and Lewis did just that. Want to get a guy for blowing an assignment? It's a lot easier when you're doing your job and he gets beat, then you have the tape to demonstrate why you win one on one battles and he needs to improve. Corey White has publicly credited Lewis for helping him get better and I believe it will show in White's play in 2014. Now, I'm not declaring Lewis the defensive leader at this point, in fact, Kenny Vaccaro would actually fill that position nicely. But I feel that Lewis will be a solid example of what our younger DBs should emulate in terms of hard work and professional play.

An example of such was his effort to organize workouts with the healthy DBs prior to any organized team practices. Lewis managed to round up the guys in an effort to get a head start on chemistry building and more than likely a temperature check of who's serious about landing a job for the fall. That's the kind of guy you want manning the CB1 spot. It's also exciting that Lewis gets the opportunity to work side by side with one of his idols in Champ Bailey. Prior to the signing of Bailey, Lewis was photographed with the man himself at Saints HQ and seemed over-joyed to be in his presence. Now Lewis can school the Saints young CB while he learns from a future Hall of Famer. These are signs of a bright future in the Saints secondary! You may be staring into the face of the future Mayor of Pick City A*K*A The No Fly Zone! 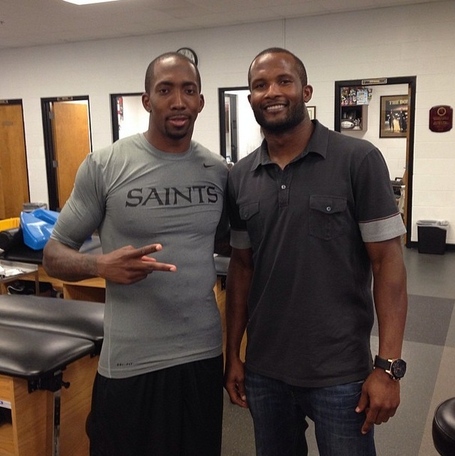 There's one thing that I find funny, Steelers fans trying to justify letting Lewis go and keeping Cortez Allen and Ike Taylor because it made more business sense. Then in the same comment or post go on to say that he's only as good as he turned out because he trained in their system he signed with the Saints. Sounds like a lil bit of hater-ism to me. It's all here if you're interested Steelers Chose Right?From where I'm sitting, he had a better camp than Allen in 2012 to earn the CB2 job, then duplicated and surpassed the same performance in 2013 while Allen dealt with injuries. Lewis found himself in position to make a play on the ball or kept the window closed shut on top receivers, daring QBs to throw his way. Division opponents quickly learned about our Who Dat homeboy and he even made Golden Boy Tom Brady pay the piper. While his tackle-fail on Marshawn Lynch in the playoffs is one of our last memories of 2013 Lewis, it does not define how well he supported the run and tackled in the secondary. In fact, his physical nature got the best of him the playoff win at Philly as he concussed himself while breaking up a pass in the flats. Further more, Lewis is young enough to improve and develop into a perennial All Pro selection. Looks like the Saints won on this one, in my opinion. KLew Tha Boss is set for takeoff! 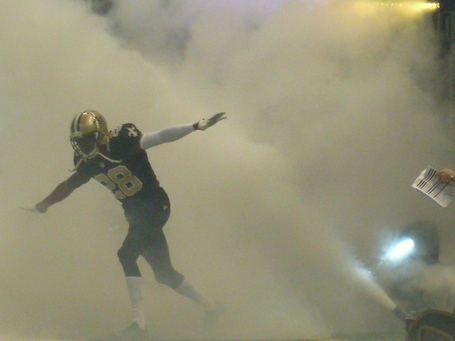 To wrap things up, I'll attempt to be objective in my assessment of Keenan Lewis. First, is he perfect? No. I do not profess that he is or ever will be a lock down CB, but he is one of the better CBs in the league currently. His flaws are one part correctable, one part Mother Nature. His errors in positioning during the flight of the ball keeps showing up, as it has since day 1, because he ends up with very few INTs. A step quicker here or there and now he's in position to snag the rock. I expect Champ Bailey to help in this department. The other problem is speed, which he really has passed the point of being able to improve naturally. While he is still a young player, speed just doesn't show up as you approach 30. In other words, he's rock solid in Rob Ryan's defense and looks to get better after posting a career high in INTs in 2013. Be on the lookout for better tackling, more INTs, and quiet leadership from Lewis in 2014.

Mark it folks, barring injury, Keenan Lewis will make the Pro Bowl - like a Boss!