Who Is the Greatest Threat To The Saints Home Unbeaten Streak In 2014?

With Sean Payton as head coach, the Saints have the longest home winning streak in the NFL, but will the streak stand in 2014?

Share All sharing options for: Who Is the Greatest Threat To The Saints Home Unbeaten Streak In 2014?

In 2013, the New Orleans Saints winning a game in the Mercedes-Benz Superdome was as sure a bet as there was in the NFL.  The Saints were a perfect 8-0 at home last season, pairing their signature dynamic offense with a refreshingly potent defense.  Under the lights of the Dome, the Saints won all of their home games by an average score of 34-16, simply dominant.  Delving even further, with Sean Payton as their head coach, the Saints have actually won their last 17 consecutive home games.

This type of homefield dominance is very surprising in a league that promotes its parity as much as the NFL does.  Very few franchises in professional sports can claim such a staggering homefield advantage, the only notable exception being the Russel Wilson-led Seattle Seahawks who had won 15 consecutive games at CenturyLink field between 2012-13.  Going into the 2014 season, the Saints' streak still stands, but eight teams will enter the Superdome intending to beat the streak.  Here we will take a glance into each Saints home game and rank the threat level of each opponents' chances of "conquering the streak" from 1-5, 1 being "no chance in hell" to 5 being "all good things come to an end".

Here are the games in order, let's begin:

The Vikings have lost their last three matchups against the Saints, starting with the 2009 NFC Championship Game.  Although they have an all-time great in Adrian Peterson, the Vikings are woefully outmanned at the quarterback position.  Both the Saints and the fans in attendance will be at a fever pitch to win the first home game of the season after starting the season with the first two games on the road.  The Saints should have little trouble extending their win streak against Minnesota to four games.

Tampa has been atrocious in the Superdome over the last three seasons, last winning a game there in the 2010 season, but these aren't the Raheem Morris/Greg Schiano led Bucs.  I think Tampa, despite the weakest QB play in the NFC South, will be spurred on by a new energy and a new coaching philosophy that features far more professionalism and far less toolbaggery.  Tampa's coaching staff will have the Bucs going after the biggest dog in the divisional yard, and they will give the Saints their best shot.  This game will likely look nothing like the curb-stompings of the last three years.  This should be a 4 quarter game.

This is already one of the most anticipated games of the 2014 season. Two of the NFL's top five QB's lead a pair of the NFL's most dangerous offenses into the points-friendly Superdome.  A rematch of the 2011 NFL Game of the Year, the season opener at Lambeau Field.  This one has instant classic written all over it, and I think there are many reasons this will be the Saints most likely home victory of them all.  It's when the lights in the Superdome are brightest and the Saints have a national primetime matchup against a legitimate contender that they play to their greatest potential.  Here is the first "measuring stick" game of the season and the Saints should exceed expectation.  The Packers won't even see this coming, Saints win convincingly.

Every season, you circle at least one game on the calendar, this was the big one for me.  The big bully on the block, the beasts incarnate, the San Francisco 49ers return to the Superdome with bad intentions.  This should unsurprisingly be another nail-biting, rage-inducing game between two of the NFL's top teams.  I think this matchup will likely be repeated in the NFC Championship Game, and this game will definitely have that playoff feel.  The Saints will know what's on the line and will need to bring everything they've got against the NFL's top defensive front seven.

I like the Saints in this game, but it will not come easy by any stretch.  Speaking of stretch, the Saints' offensive line will need to be at the top of their game to protect Drew Brees' neck.  I want the Saints to win this game more than any other this regular season, and they will, by a very narrow margin.  For the love of all that is holy, just beat the Niners.  Hallelujah!  Where's the Tylenol?!

Cincy QB Andy Dalton will have to deal with the pressures of the Superdome on the field and in the stands.  As solid as Cincy had been defensively last season, they just weren't as good a team away from home.  Now the Bengals leave their cozy confines to enter arguably the best homefield advantage in the NFL.  It should be a long, long day for the boys in striped helmets.  Expect the Saints to have little trouble putting Cincy away in this one.

The story lines here are plentiful and will definitely be played up in anticipation of this Monday Night Football showdown.  The Ravens returning to the site of their most recent Super Bowl victory, and its unfortunate blackout.  Drew Brees facing the only NFL franchise he has never beaten.  Two of the highest paid QB's in the NFL facing each other, one justifiably and the other not, so on and so forth.  Are you ready for some football?! The Saints will be, and Drew Brees will want that final notch on his belt.  Did I mention this home game is in primetime?  Of course the Saints will roll, even if the Ravens get a few punches in.

Oh yes, the Panthers finally return to New Orleans for the first time since the Saints' impressive primetime stomping of Carolina last season.  The defending NFC South Champions boast an impressive front seven, but their defensive backfield is ripe for exploitation.  Junior Galette and the Saints defensive front look to do some stomping of the Carolina offense in this one.  Carolina will be tough, but the Saints should coast late in the game.

Christmas comes early for the Saints in their regular season home finale.  While I believe Atlanta will be a sub .500 team this season, they will provide stiff competition for the Saints as always, even if this game stands for little more than taking a hit at the Saints chances for homefield advantage in the playoffs.  Little needs to be at stake for these two teams to want to beat each other.  Atlanta will always be a threat, as seen in 2013, but the Saints should once again best the Falcons as usual.

Tell us who you think the true contenders and pretenders are on the Saints home schedule.  Do I think the Saints will extend the undefeated streak in the Superdome this season?

The last thing any of us want is for anymore streaks to end at the Mercedes-Benz Superdome in 2014. 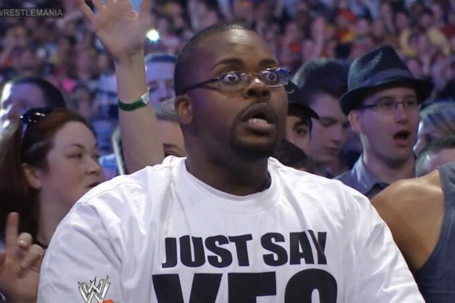