The road to Super Bowl XLIX in Glendale, Arizona is nearly at an end. Let's take a look at the 2015 NFC and AFC Championship Games to see who will ultimately move on to Super Sunday.

Even without the New Orleans Saints participating, the 2015 NFL Playoffs have been quite entertaining. Now, the NFL's final four take the stage to determine who moves on to Super Bowl XLIX.  The NFC title matchup features two of the last four Super Bowl champions, while the AFC title matchup features two of the most dominant franchises in the conference over the past decade.  Anticipation runs high with many fans, but not this one.

Its a bit ironic that the most unpredictable NFL season in ages ends with the most predictable Championship Sunday results in nearly a decade.  I firmly believe this weekend will culminate with the most non-competitive conference championship games since January 22nd, 2006, where both games were won by 17+ points.  Last week I rolled the dice on some games and came up "snake eyes".  This week there was no gamble at all.

I told you so: Packers over Cowboys!

What do I know: Panthers over Seahawks? 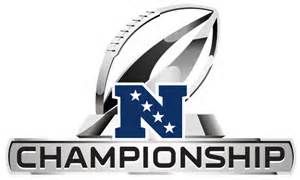 These Seattle Seahawks are the first defending Super Bowl Champions to break a nearly decade-long playoff losing streak for defending champs.  The fire and desire to be the first repeat Super Bowl champs since the '03-'04 Pats was on full display last Saturday night against Carolina.  I reluctantly acquiesce that the '13-'14 Seahawks are the most dominant NFC franchise since the '92-'95 Dallas Cowboys.  This team is primed to repeat, and little resistance will be offered in this game.

Seattle couldn't have hand-picked a better opponent in this title game.  The Seattle Seahawks are built to dumptruck teams like the Green Bay Packers.  Finesse offense? Check.  Suspect defense? Check.  All of the pressure on the superstar quarterback to carry the load against this overwhelming defense? Yeah, check.  We saw "this game" in Week 13 of the 2013 Season, against the Saints, and we saw it again in Super Bowl XLVIII against the Denver Broncos.  This will not end well for the brave fans wearing cheeseheads.

Even injured, Aaron Rodgers will leave it all on the field at CenturyLink, but despite all of his skill and accolades, he will be in for a long day.  Expect Rodgers to have roughly 206 yards passing with 1 TD and 1 INT.  On the other side, it will be Marshawn Lynch rushing for about 104 yards to carry the day and open up a deceptively dangerous vertical passing game for Russell Wilson.  Setting up the pass with the run, using play action, and controlling the clock will demoralize Green Bay.

Seattle is just significantly better than Green Bay in this matchup.  So as the season began for the Packers, so will it end, with a bitter loss in Seattle.  The Packers, for all of their flash and fireworks, are softer than gorgonzola.  The Seahawks will have their way in this game, and they'll mercifully put the Pack to rest with a dominantly aggressive defense paired with a ruthlessly efficient offense.  The Seahawks will repeat as NFC Champions, the first NFC franchise to do so since, coincidentally enough, the 1997 Green Bay Packers. 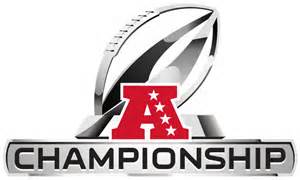 Andrew Luck and the Colts have faced Tom Brady and the Patriots three times over the past three seasons, including a playoff matchup last season.  The Patriots won each of those three games by an average of 22 points per game and the Pats scored, on average, 48 points per game in those matchups.  New England is frankly a better, more seasoned team that knows what it takes to win at this level.  Indianapolis, for all of their strides made, still have a little ways to go.

This game will be big for Luck and Indy to gain the experience needed to reach the Super Bowl sometime in the next four years or less.  This game though, is not the one where they succeed and reach the Super Bowl just yet.  This New England team is Super Bowl ready and although Indy will provide more competition in the coming seasons, they will provide little resistance in this particular game.  The Patriots balance on offense and defense is far too much for a Colts team that will put too much on Luck to carry the load.

Andrew Luck should have a good outing though, passing for roughly 323 yards with 2 TD's and, unfortunately for Indy, 2 INT's.  Luck may have supplanted Peyton Manning in the AFC quarterback pecking order, and with a little more time and a stronger team around him, he will give Tom Brady a run for his money as well.  The Pats should have this game well in hand by the third quarter, and they will win their 6th AFC Championship of the Brady/Belichick era.

Well, there you have it ladies and gentlemen, your potential conference champions. Although the Saints have been done for some time now, football goes on and there's still plenty to root against with this lot. Get ready for some skull-dragging and dumptrucking in these two games this Conference Championship Sunday.