Here is your first look at the official 53-man roster for the Saints, now that final cuts have been made and officially announced.

The Saints have made their final cuts and trimmed their roster to the league minimum 53 players. 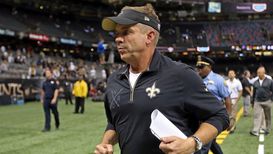 Find out who DIDN'T make the cut in case you missed any of the action...

Interestingly, the team has kept a whopping 5 running backs, but they only have 4 receivers and 2 tight ends. All four undrafted free agent defensive lineman (Bobby Richardson, Tavaris Barnes, Kaleb Eulls, Ashaad Mabry) have officially made the team. Probably the most surprising cuts were CB Stanley Jean-Baptiste, WR Joe Morgan, and LB Parys Haralson. You might also notice, there is only one player remaining on the roster from the 2014 NFL Draft (Brandin Cooks).

Keep in mind a lot of things can change in the next few days as the team prepares for Week 1 and this may not be final.