Will Smith's Friends, Family, Teammates, and Fans React to his Senseless Killing

Here is how everyone in Who Dat Nation is reacting to news of Will Smith's senseless death last night.

Share All sharing options for: Will Smith's Friends, Family, Teammates, and Fans React to his Senseless Killing 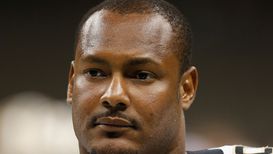 Everything we know about Will Smith's senseless murder.

As you can imagine, there has been an enormous outpouring of love and support, as well as anger and confusion, following the murder of former New Orleans Saints player Will Smith. Below is how all of Twitter was reacting as they learned of the incredibly sad news.

Words can't express how much I will miss my teammate and friend Will Smith! With a heavy heart I'm praying hard for his wife and family...

Shocked, crushed, & broken over this. Please pray for the family of my friend & brother Will Smith. Tragic beyond words. Love you, Will.

From the bottom of my heart to whoever shot my friend, my ace, my homie....
FUCK YOU

Saddened by hearing the awful news of former teammate Will Smith losing his life senselessly. Prayers 4 his wife. https://t.co/Wq92tGRfM5

Nooooooooooo! I don't believe this

I love Will and his fam. My class of '04 brother. Please pray for comfort for his wife, precious children and the millions who cheered him

Were praying for the Smith family. I'm hurt to hear about this news. This man had a beautiful family. His life taken away for nothing

Are you freaking serious man!!!!

Devastated. Lord please be with the Smith family at this tragic time. Nonsense man...

I miss you brother...

Sick to my stomach! This one hurts

A senseless and tragic loss. Our thoughts and prayers are with Will Smith - his wife Racquel - his children William, Wynter and Lisa.

If tears could build a stairway,If memories could pave a lane,I'd walk up to heaven & bring you back again #Family pic.twitter.com/sy54yPeloq

Such a senseless act. A GREAT man was lost. Feel sick right now. Heart goes out to Smith family and Saints family https://t.co/fLTFj3nD4n

Sad to hear the terrible news about Will Smith, he was a great person and I will forever remember the times I had with him. #RIPWillSmith

Tragedy! Doesn't even describe the terrible news of the Nola legend Will Smith! Praying for the Smith family! Rest in Love Will!

Fucking kill a dude in a road rage over an accident YOU cause? Hope they bury this MFer underneath the prison.

Shocked and devastated. I'm so overwhelmed with grief over this. We love you Will. RIP. Please pray for Racquel's strength and recovery.

I am in absolute shock to hear about Will Smith's death. My prayers go out to the Smith family. So sad. So senseless.

My prayers go out to the Smith family #RIPWillSmith

RIP Will Smith. Can't believe it smh. Prayers to his family.

Woke up an Can't make sense of this senseless killing of Will Smith, Lord please watch over the Smith family and give them strength.

Can’t believe this! This has to be a dream.

Soo soo sad hearing the news about Will Smith .. My prayers go out to his family and kids . Will was a man I highly respected .. God Bless

Pray for my friend's family, pray for his teammates. So senseless.
Rest in peace Will

@iWillSmith My prayers go out to Racquel and the entire family. Will was a kind man and his light won't fade. He will be missed. Too sad.

Unbelievable news... Praying for the smith family. RIP Will Smith

Disgusted. As human beings, we have to do better. Prayers out to Rocky, the kids, and the rest of the Smith family. #ripwillsmith

Heart breaking news at the loss of buckeye great, Will Smith. Buckeye Nation extends our prayers to his family during this difficult time.

Stunned to hear the Will Smith news. Had classes w/him at OSU. Got to know him since. One of the nicest people you'd come across in the NFL.

Please pray for Will's kids & family. Took this here in LA inside a cold locker at Nic's in Bev Hills. My dude! RIP pic.twitter.com/3bSkyiqMsS

Saints have had great leaders in the Payton era, none better than Will Smith-what a tragic loss for a great player but an even better person

I don't have many words for Will Smith's murder, other than unconscionable. That one man is capable of such an atrocity is baffling.

I have no words for what we had to document tonight.

Can this please wake up this city? Please? I don't even know where to begin. https://t.co/bbPswOI1xS

Will Smith was once asked about Steve Gleason and ALS. "Why that guy?" Now after this, I'm wondering the same about Will Smith.

I saw this last night & my first thought was how happy he & Raquel looked. Senseless.

Unreal. Literally the best of NOLA and worst of NOLA in a matter of hours. https://t.co/gSdgZwQoZn

Holy fuck. Just woke up to the Will Smith news.

On the ticket to the only #Saints game I've ever been to. RIP Will Smith! pic.twitter.com/T7h7rqwuh0

Met Will Smith at a bar one night. Was very friendly and laid back. Took a picture with my sister. RIP

Waking up to see the Will Smith news is a gut punch. Awful news.

I pass the spot Will Smith was murdered all the time when I go for walks with my dog. This doesn't seem real. It makes no sense.