In continuing with our Reeling in the Years: Top 5 series, today we cover the best Saints players ever attained via trade. This does not include players who were selected with draft pick(s) acquired in a trade; only players who played for other NFL teams prior. That said, it does include certain veteran free agents whose obtainment required some form of direct compensation to their prior team. While there are no such examples of this within our Top 5, a few that immediately come to mind include TE Dave Parks (1968-1972) and DT Don Reese (1978-1980), whose acquisitions occurred prior to the advent of unrestricted free agency, and CB Jason David (2007-2008) and SS Chad Cota (2008), who were both restricted free agents under the current system. Each of these players wound up costing the Saints a draft pick, so they would fall under this category, just as any player brought in under a pre-existing contract would. Also, please keep in mind that net trade value is not being taken into account here. Merely the career performance of each player acquired, during their time with the Saints. 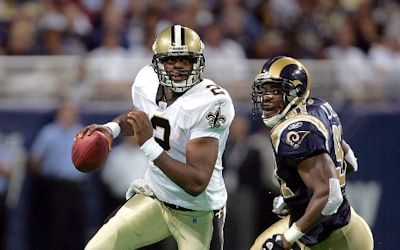 1. QB AARON BROOKS (2000-2005)
In 2000, new Saints GM Randy Mueller recognized the need for a backup QB with starting potential. When the opportunity arose to trade for former Virginia QB Aaron Brooks, a promising 2nd year player in a Packers' offensive system that had already produced two NFL starters in Mark Brunell (Jaguars) and Kurt Warner (Rams), Mueller wasted little time in pulling the trigger. In exchange for Brooks and TE Lamont Hall, he sent the Packers LB K.D. Williams and a 3rd round selection in the 2001 NFL Draft. It paid huge dividends in the second half of the season. After losing starting RB Ricky Williams and QB Blake to injuries in back-to-back games, the Saints found themselves sitting at 7-4 with little to no identity on offense. Void of a viable alternative, they turned to Brooks in a game against Warner and the defending Super Bowl champion Rams in St. Louis. He led the Saints to an improbable victory in that first start, then managed to engineer two more victories down the stretch. In addition to the strong finish, Brooks threw for a franchise record 441 yards in a Week 14 loss to the Broncos. In a hard fought wild card matchup against the Rams, Brooks threw four TD strikes, a franchise playoff record he still shares with Drew Brees. This despite losing his go-to wideout, Joe Horn, on the game's first offensive series and the lingering absence of Williams in the backfield. Brooks would go on to quarterback the Saints for five more seasons, setting numerous franchise passing records over that period. Despite this, Brooks was often criticized by Saints fans, particularly for smiling after interceptions, as well as his inability to lead them back to the playoffs. His memorable tenure as a Saints' starting QB included the jaw dropping River City Relay, a three lateral gimmick play with no time left on the clock, that went for a TD against the Jaguars in 2003, as well as an ugly backwards pass that resulted in a 23-yard loss against the Chargers the following year. All in all, one of most polarizing players to ever wear the Black and Gold. Brooks finished his NFL career with the Raiders. He has since been honored with enshrinement in the New Orleans Saints Hall of Fame. 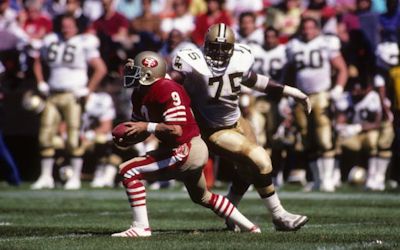 2. DE BRUCE CLARK (1982-1988)
During the Bum Phillips era, another all time Saints great was acquired in a trade with the Packers. After being selected fourth overall in the 1980 NFL Draft, 6'3" 273 lb man mountain Bruce Clark refused to play for Green Bay. He instead opted to sign with the Toronto Argonauts of the CFL. The former Penn State star spent two seasons north of the boarder, before his agent began to explore the possibility of having his NFL rights traded to another franchise. In 1982, the Saints agreed to a deal that boded well for all sides, sending their 1st round selection in the 1983 NFL Draft to the Packers in exchange Clark's services. Despite a strike shortened rookie season, he got off to a fast start, leading the team in sacks with 5.5 over 9 games. In 1984, he and eventual Pro Football Hall of Famer Rickey Jackson became the first Saints' teammates to reach the double digit sack plateau in the same season. Clark became a mainstay at left defensive end, where he started 88 games over seven years, recording 39.5 sacks total. In 1987, he and an emerging young linebacker corps helped carry the Saints to a 12-3 regular season record and the first playoff appearance in franchise history. Clark closed out his NFL career as rotational depth for the Chiefs in 1989. 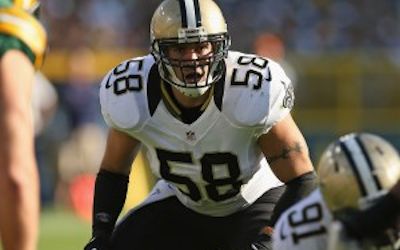 3. OLB SCOTT SHANLE (2006-2012)
Affectionately referred to as "Lunch Pale" by longtime members of this online community, based on his no-nonsense, workmanlike demeanor and decidedly Caucasian appearance, Scott Shanle's NFL career began as a 7th round pick of the Rams in 2003. The former Nebraska Cornhusker carved out a niche for himself as a special teamer, but was waived late in his rookie season, in order to make room for a practice squad player than had been promoted to the active roster due to an injury. Shanle was then claimed by the Cowboys, for whom he would play for the next two seasons. When Cowboys assistant head coach Sean Payton landed the head coaching job in New Orleans, he inherited a roster that was in a state of flux. He soon sought a trade with Bill Parcells, his former boss, and landed Shanle for a 7th round pick in the 2007 NFL Draft. With the versatility to play both inside and outside linebacker, and a general lack of quality depth amid the corps, Shanle weathered umpteen failed upgrade attempts at the position, starting 94 games over seven seasons. His lengthy, yet lukewarm tenure included two trips to the NFC Championship Game, one Super Bowl victory, and an embarrassing first crack whiff on Marshawn Lynch's now-infamous "Beast Mode" run, during an early 2011 wild card round loss to the 7-9 Seahawks. 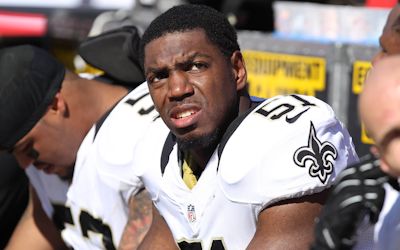 4. MLB JONATHAN VILMA (2008-2013)
In one of his many aforementioned attempts to improve the team's lackluster linebacking corps, Saints' GM Mickey Loomis did manage to land one difference maker and it transpired in the form of a trade. In exchange for MLB Jonathan Vilma, the Jets received the Saints' 4th round pick in the 2008 NFL draft, along with a conditional 4th round pick in the 2009 NFL draft. That conditional pick ultimately escalated to a 3rd rounder, after Vilma was on the field for more than 85% of the Saints' defensive snaps in 2008. Vilma, a former 1st round selection from the University of Miami, had a Pro Bowl season in his second year with the Jets, but was struggling in the team's newly adopted 3-4 scheme. In returning to the more familiar 4-3 alignment with the Saints, he quickly "got his groove back" as they say in the 305. Arguably the team's best interior linebacker since Winfred Tubbs (1994-1997) and inarguably the best since his 2013 retirement, Vilma was a fiery team leader who always seemed to be around the football. Two years after helping the Saints win their first Lombardi Trophy, Vilma emerged as a central figure in the Saints' bounty scandal. The NFL contended that he had aided Saints' DC Gregg Williams in starting the incentive program, which paid out "bounties" for deliberately putting opposing players out of games. Further, Vilma allegedly offered $10,000 of his own money to anyone who knocked Vikings' QB Brett Favre out of the 2009 NFC Championship Game. Following a lengthy series of appeals, he was suspended for the final five games of the 2012 season. Unfortunately, or perhaps karmically, this suspension happened to coincide with a knee injury, one which effectively ended his NFL playing career. 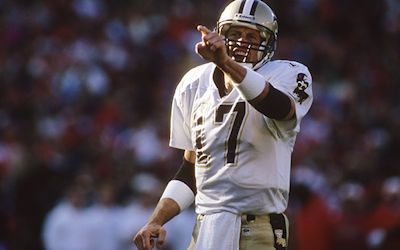 5. QB JIM EVERETT (1994-1996)
Not long after unintentionally flip-flopping QBs with the Falcons in 1993, it became apparent that Wade Wilson wasn't going to be the Saints' long term solution at the position. Still in the market for a veteran quarterback to lead his team's offense, Saints' head coach Jim Mora decided to roll the dice on the same guy that had helped make Flipper Anderson a household name five seasons prior. In early 1994, Jim Everett was acquired from the division rival Rams in exchange for a 7th round pick in the 1995 NFL Draft. Shortly after the trade, Everett appeared on the ESPN2, where "Talk2" host Jim Rome insulted the quarterback by calling him Chris Evert, a reference to Everett's perceived lack of toughness. A brief skirmish ensued, which is still occasionally referenced to this day. Everett's three year tenure with the Saints was a mixed bag. Though he had no less of a pocket in which to exhibit his oft-ridiculed "happy feet" with stud LT Willie Roaf protecting his blind side, the Saints' defense was in a steep decline by this point, often negating the former Purdue star's passing heroics. Sound familiar? It also doesn't help matters when your head coach engages in profanity-laced post-game tirades once ever other week. Srsly, whose fragile lady tennis player psyche has time for that diddley poo? At least Everett had the good sense to slip off to sunny San Diego for a year, while the rest of us were forced to endure the Heath/Danny/Billy Joe x2 shuffle.


UP NEXT
Top 5 Undrafted Free Agents

Who is your pick for the Saints' top trade acquisition of all time?