Is it a make or break year for Terron Armstead?

Terron Armstead made his second straight pro-bowl, but he has yet to play a full 16-game season in his career.

Share All sharing options for: Is it a make or break year for Terron Armstead?

Terron Armstead has proven to be a valuable component for the Saints offense, since coming into the league as a 3rd round draft pick in 2013, out of Arkansas Pine-Bluff. Terron Armstead, who holds the fastest ever 40 time at the NFL combine by a player weighing 305+ (4.71), has entered into the league and protected Drew Brees’s blindside at a proficient level since 2013.

Armstead’s talent hasn’t been a detrimental issue to providing significant value to his team. The Saints left tackle garnered 2nd team All-Pro by the Associated Press and Pro Football Focus in 2018. The keen issue of deteriorating his production and damaging his team success has lied with in inability to stay on the field. Terron Armstead has missed “13” games in his last three seasons.

Saints head coach, Sean Payton, has held onto this unique player throughout his career’s ups and downs. He wouldn’t want this decorated player, who plays a highly valuable position, to leave the Saints building amid Drew Brees’s blindside late in Brees’s career.

Even though Armstead has made two straight pro bowls, constant injuries have plagued Armstead’s career, and it’s been displayed every year since he came into the league. He’s missed a ridiculous “37” games in his seven-year career.

Times are changing in the big easy after several years of Terron Armstead’s tenure. Drew Brees will be 42 years old next January, and this may very well be his final season in the league.

Sean Payton has already reconstructed the Saints offensive line to be set up for many years post Drew Brees.

Saints drafted an offensive lineman with their first selection in the 2015 NFL draft, 2017 NFL Draft, 2019 NFL draft, and 2020 NFL draft. They recently cut Larry Warford, despite the right guard making the pro bowl in 2019. The Saints are beginning to boast a very young, talented offensive line that matches most of the young skill set represented on their offense. Michael Thomas is 27 years old, Alvin Kamara is 25 years old, and Taysom Hill is 29 years old. Terron Armstead is the oldest offensive line starter at 29 years old and older than the notable play makers on the offensive side of the ball. 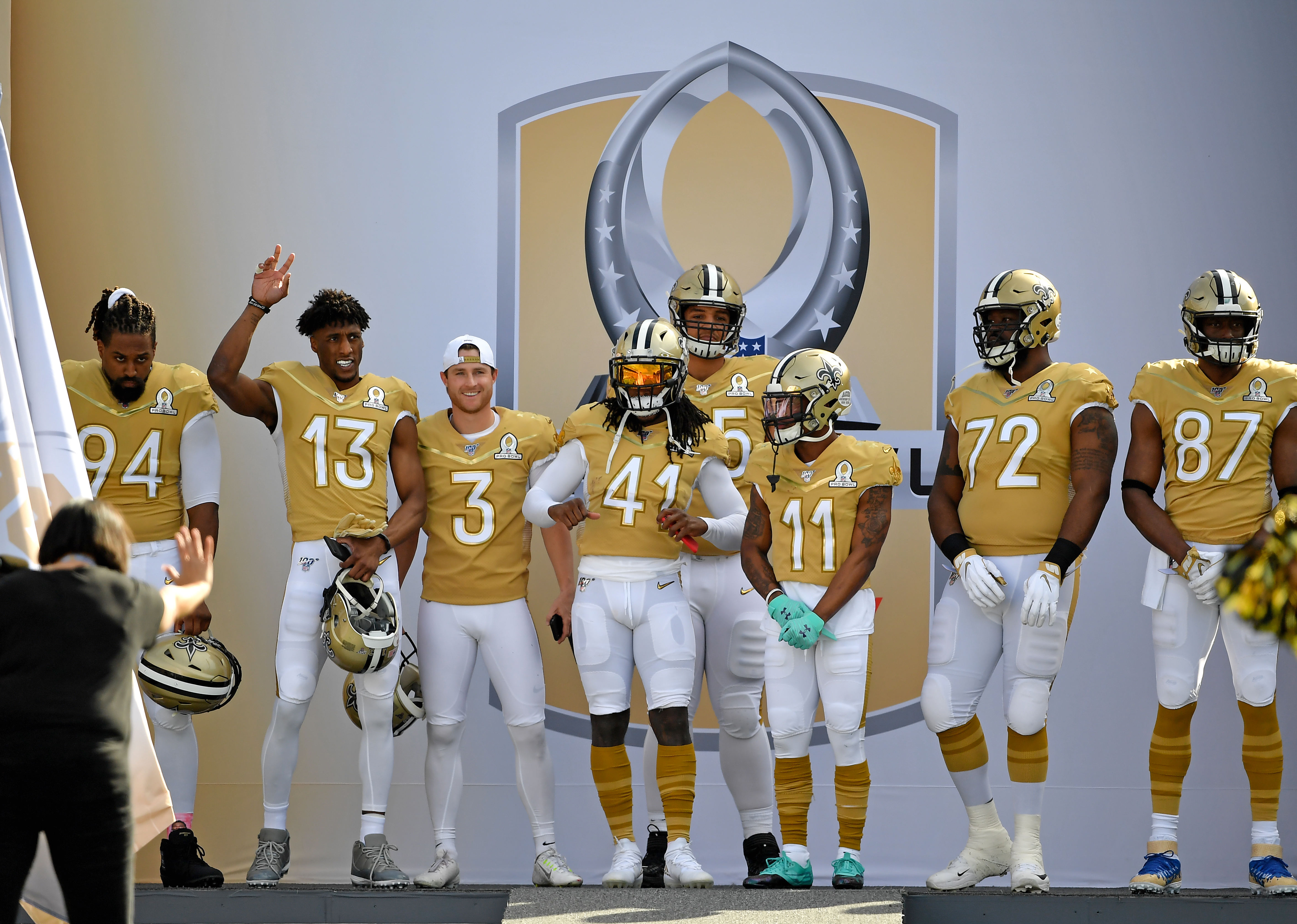 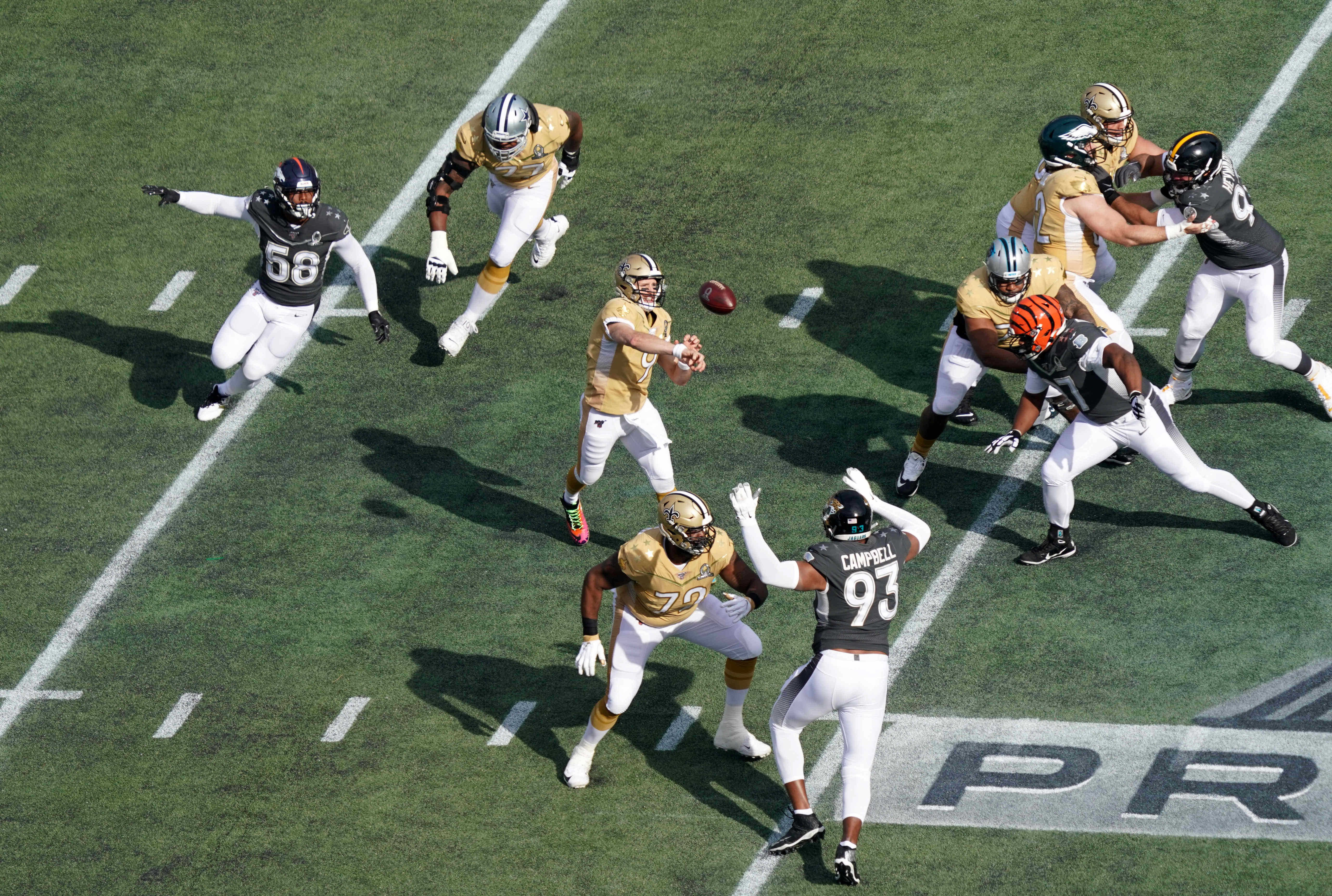 The circumstances facing Armstead won’t be as promising for himself, as when he was younger with more potential, and when Brees needed an elite blindside presence, late in his career. Brees will soon be retired, and the soon to be 30-year-old left tackle with serious injury concerns looms. Sean Payton may want a new franchise left tackle to pair with his new quarterback that goes under center soon.

If Armstead misses a lot of playing time in 2021 and continuously struggles to stay on the field, it could spell trouble for his future predicament. Coach Payton may be tired of playing musical chairs with his offensive line because they need somebody to fill in for the repeatedly injured Armstead at the left tackle position/on the quarterback’s blindside. Armstead also carries a massive cap hit, and his contract soon expires, so the Saints may benefit from releasing him in the 2021 NFL off-season.

Many Saints stars will need to get paid in the next couple of off-seasons. Sean Payton will have to figure out how he wants to pay Terron Armstead and work out contracts with several other starters. Here’s a list of the notable Saints whose contract expires soon:

Contracts that expire in 2021:

Contracts that expire in 2022:

On the more positive note of Armstead’s future standing, Armstead appeared healthier than ever before in 2019. The pro bowl left tackle appeared as the true franchise signing he was meant to be, by appearing in 16 out of 17 games a year ago (one playoff game).

If Armstead plays well this season and misses a couple of games at most, it will be reflected as improvement of staying on the field in the last couple of years. More importantly, it will create a better outcome for Drew Brees in his last remaining aspirations of Super Bowl triumph.

What should the Saints do with Terron Armstead in the 2021 off-season?