There might not be college football for some, but here are names for New Orleans Saints fans to know anyway.

As good as the New Orleans Saints defense is there are still some places that they can address in the offseason. Before we take a look at some players that we will be getting some more film on this year, let’s take a look at some defenders to keep an eye on that have opted out of the 2021 NCAA football season or play in a conference not participating this year. 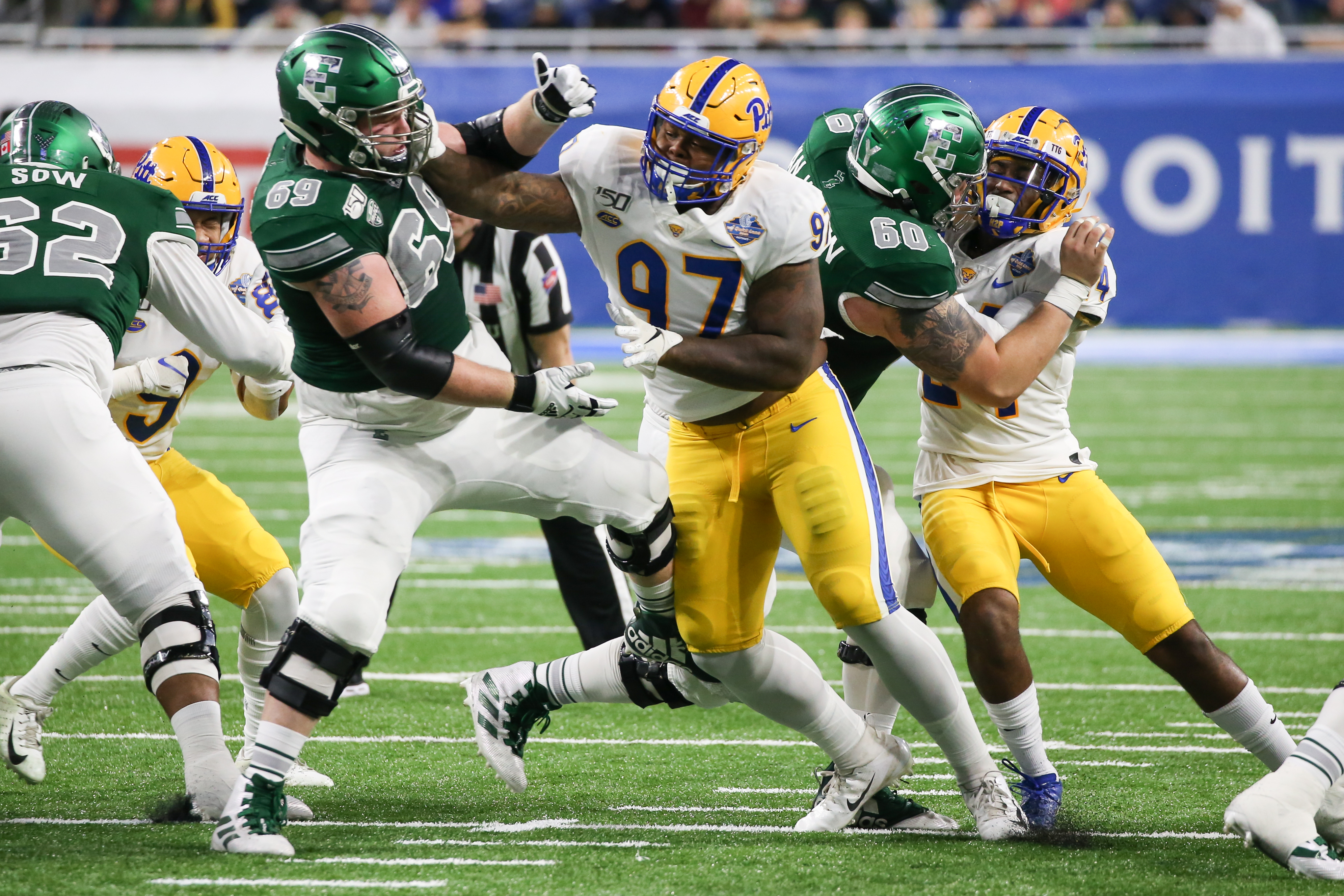 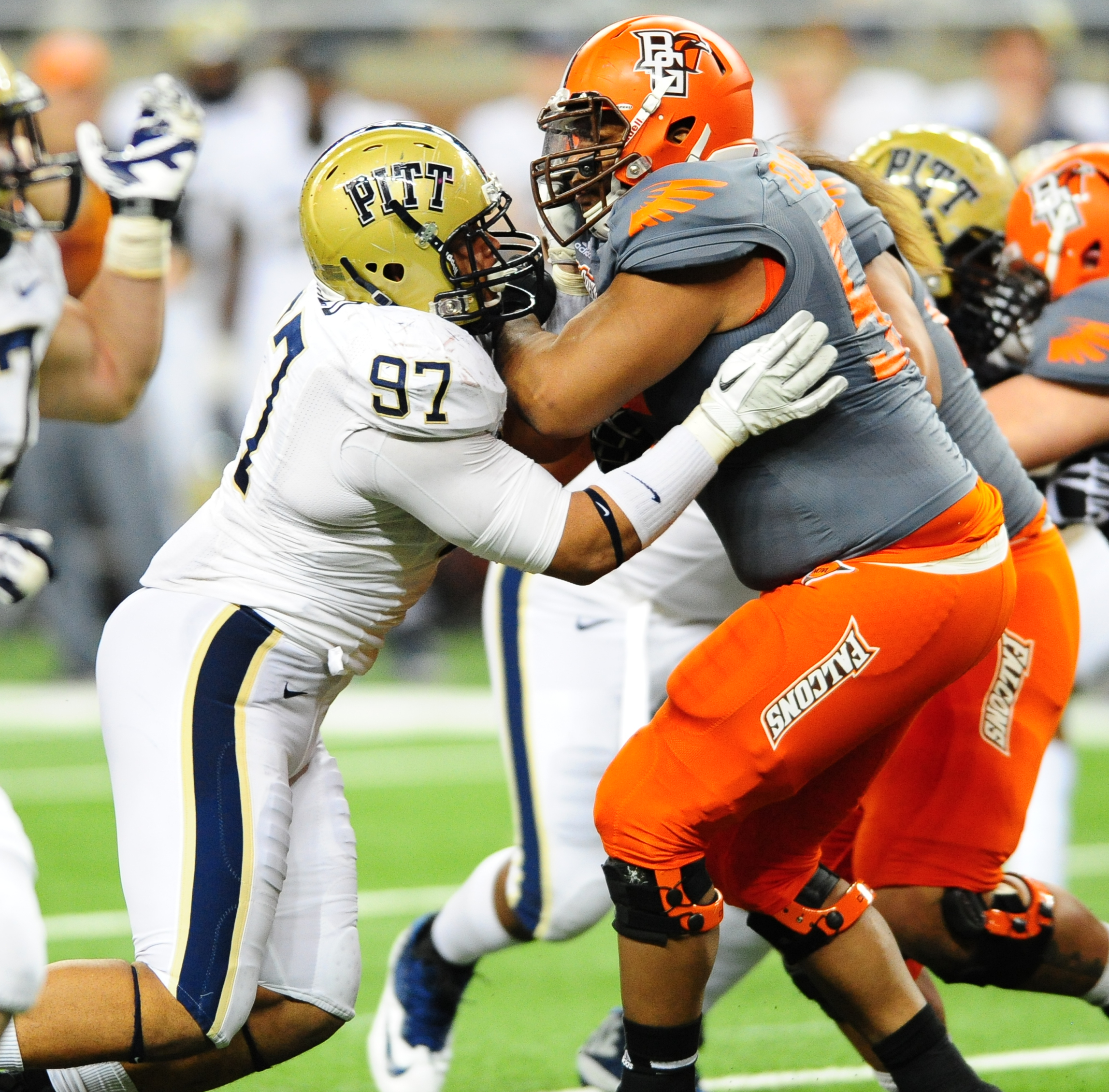 Pitt certainly has a history of DT with the number 97. There you see Twyman on one side and a man you may have heard of, Aaron Donald, on the other.

Pitt IDL Jaylen Twyman is legit. His hands are really, really good. This is a really nice swim move to get this sack here on Clifford. He has the potential to be a 1st round pick in the 2021 draft. pic.twitter.com/Gum3it5ted

Twyman decided to opt out and focus on the NFL after a stellar sophomore season. In 13 games, he amassed 12 TFLs and 10.5 sacks. You may think they don’t need to worry about a starting DL, but the Saints have to be ready for a future without Sheldon Rankins. He has a possibility of not being on the roster next year and potentially being a casualty of the sheer amount of players they need to pay. Twyman is super quick with a lot of strength. He has a great chance at being an elite pass rusher in the NFL. Similar game to Aaron Donald, which makes sense due to college and the fact that Donald is Twyman’s idol.

Thomas is certainly in the second tier of cornerbacks in this class overall, but has a lot of potential and time to learn in the New Orleans system. He’s very fast with great height and length. Usually with corners, you have to choose one or the other. He’s already talented as a press corner, and has shown zone potential. This is a guy that I think could push as high as the second-round in the 2021 NFL Draft.

Ambry Thomas seals the deal on a 42-7 #Michigan win with this interception! @Tavonn_ #GoBlue 〽️ pic.twitter.com/Auvj4q2GLU

Thomas has also shown a ton of heart and fight. In June 2019, he was in the hospital for nearly a month due to a fight with colitis, losing 35 pounds. By mid-August he had gained all of his weight back and was practicing with the team.

Michigan's Ambry Thomas was in the hospital for a month, lost 35 lbs. due to colitis, and doctors told him he wouldn't play this season.

He bet on himself - and won. pic.twitter.com/hLZQryEXJL

Browning was a five-star recruit coming out of high school due to his instincts, athleticism, and frame. He’s an explosive and fast 6’4 240 pound linebacker. He has maintained his talent, but has flown more under the radar due to an ever stacked linebacker group at Ohio State. Still, last year he was able to get 11 TFLs and flew into the backfield for 5 sacks. He would immediately the fastest player in the Saints LB room. Expect to see him be a star in Mobile for the Senior Bowl this year.

The only thing is, do the Saints really like drafting players out of Ohio State?

Who are you most likely to look for into?