DraftKings tournament suggestions for week 4 of the NFL regular season

Share All sharing options for: DraftKings DFS Plays for Week 4

Another week with an injured player. It seems that at least one player on these suggested lineups gets banged up every week. A.J. Brown was injured early in last weeks game, leading to a very disappointing score. This week, let’s reassess and get back into it. This is the DraftKings week four DFS tournament play suggestions.

David Montgomery is heavily discounted this week after the Chicago Bears poor performance last week. Make no mistake about it though, Montgomery is still the workhorse of this backfield and any week can get 20 or more touches. Montgomery is the 18th ranked running back on DraftKings this week at only $5,800. This is far too low especially when considering that the Bears play the Detroit Lions in week three.

Tyler Higbee has had five or more targets in two of the Los Angeles Rams first three games. Higbee does have a touch matchup against the Arizona Cardinals this week; however, the Rams will test this Arizona defense. The Rams have spread the ball around and been an absolute juggernaut on the offensive side of the ball. The Cardinals will have to focus on too many things to worry about Higbee, who could be put up big numbers in what is likely to be a shootout. Higbee is well priced to at $4,600.

If the Cardinals and Rams game will be high scoring, then stacking a player from the other team would be smart. DeAndre Hopkins is still injured and will likely draw Jalen Ramsey this week. So the Cardinals will look at their other weapons for production. Enter Christian Kirk. Kirk is averaging almost six targets per game this year, including eight last week with a banged up Hopkins. Kirk is priced well at $5,300 but so is Rondale Moore at $4,600. Pick whichever guy you think gets the touchdown in week four. 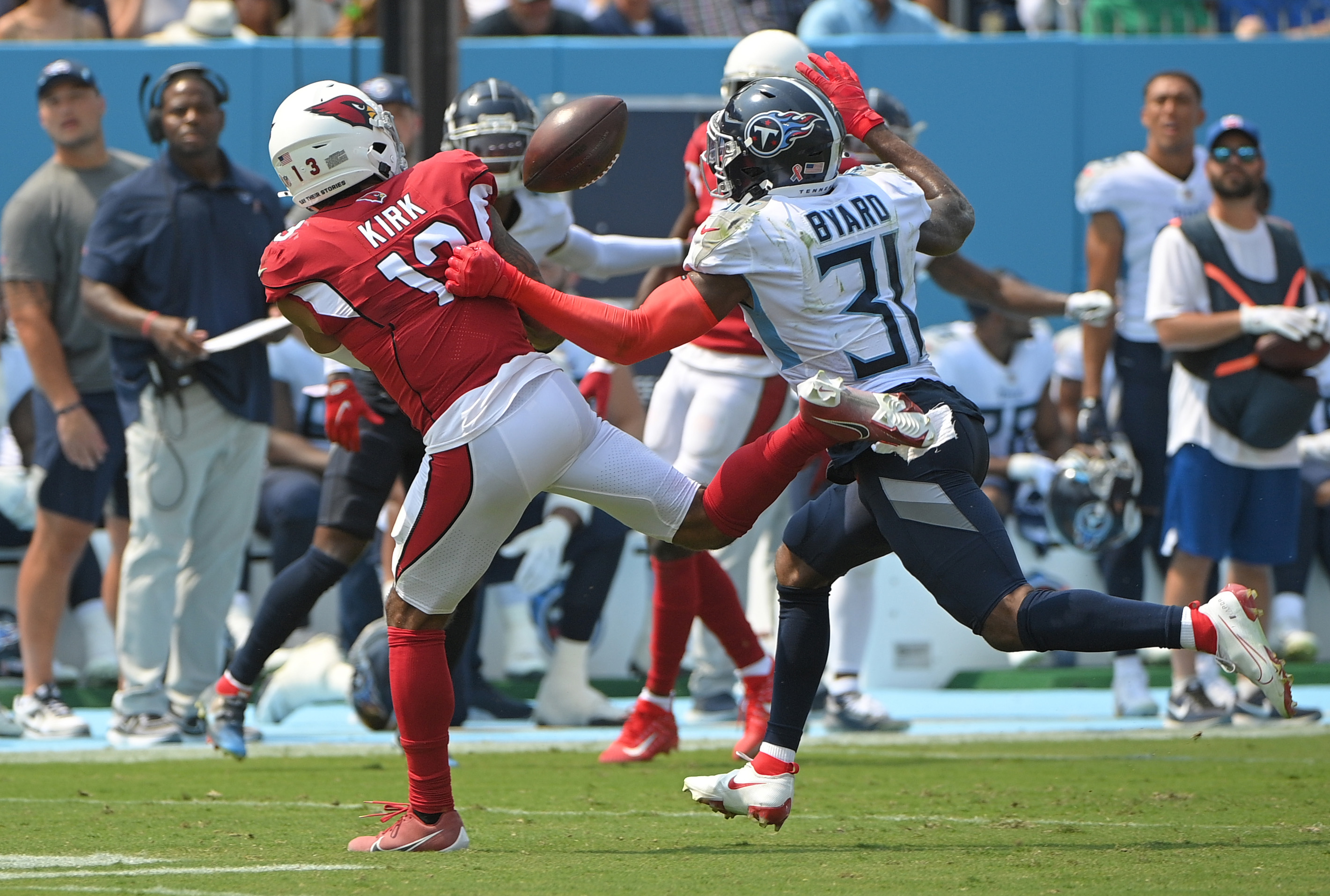 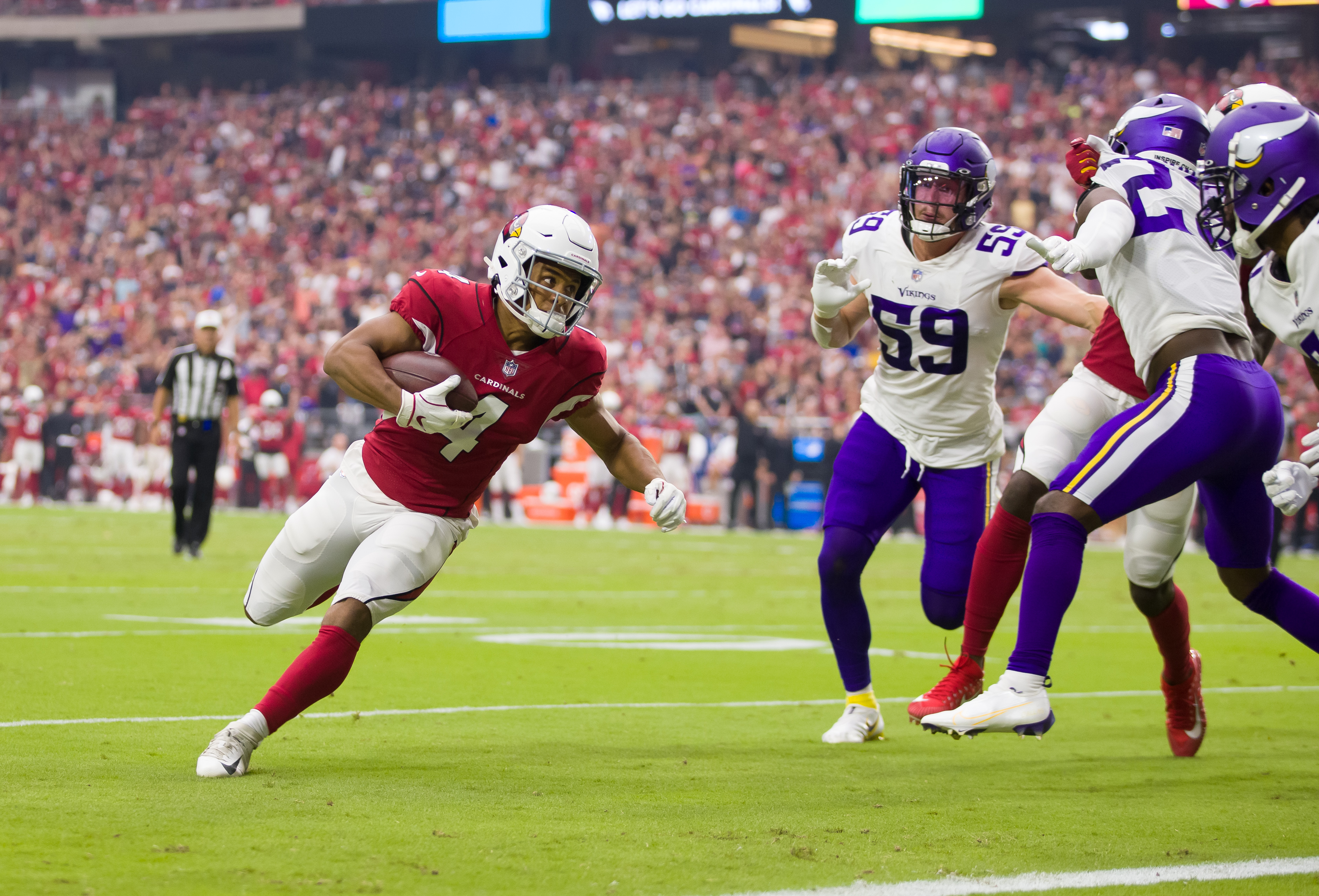 Another high scoring game to get a piece of in week three will be the Philadelphia Eagles at home against the Kansas City Chiefs. The Eagles were dreadful on Monday Night Football so a lot of players could stay away from this wide receiver squad. Both DeVonta Smith and Jalen Reagor are worthy of a flex spot this week. The Eagles should have to throw the ball a lot once again and the Chiefs defense is not as good as the Cowboys were in week three. Expect a small bounce-back from the Eagles as a whole. Reagor at $4,700 and Smith at $5,700 are good picks who leave funds available to put in other positions.

The New Orleans Saints defense should feast this week in their first home game of the year. The Saints welcome the lowly New York Giants in week four so they should be an easy plug-and-play. With the rest of the picks, the cap room left sits at $25,800. This is plenty of funds to pay up for guys like Alvin Kamara or Josh Allen. Mixing up various Cardinals and Eagles receivers in various lineups could yield good results as well. Either way, targeting these high scoring games should benefit all players in DraftKings week four.