CSC Editorial: The debate is over. Tom Brady is the GOAT, and that’s OK

Share All sharing options for: CSC Editorial: The debate is over. Tom Brady is the GOAT, and that’s OK

It was a hot late spring night in the French Quarter around the year 2005. As the NOPD officer’s eyes scanned over my California issued Driver’s License, my heart raced and I struggled to stay calm and collected.

His eyes seemingly paused on my address in San Francisco. “If you don’t answer my next question correctly,” the officer stated, “you’re going to jail tonight.” With the status of my clean adult criminal record in possible jeopardy, I wondered what possible question this officer could ask me, and what possible answer might get me out of this mess.

The officer looked me straight in the eye and asked pointedly, “Who’s the greatest NFL quarterback of all time?”

Even though I had been living in New Orleans for almost four years, the fact that I had grown up in San Francisco meant the bulk of my NFL football knowledge at this point was somewhat narrowed towards the 49ers.

As Drew Brees had yet to even don the Black and Gold, a hard core Saints fan, or, simply, an ass-kisser, may have answered, “Archie Manning.” But I could tell this officer wanted the truth and not an answer based solely on sucking up to him or his native city.

Knowing the officer had paused on my California ID before asking, I went with my gut and told the officer who I thought was the greatest NFL quarterback of all time up until that moment. As quickly as I answered, “Joe Montana,” the officer handed back my ID and said, “Good answer, kid. I named my daughter Montana after him.”

I figured this cop must have grown up watching Joe Montana since the 49ers used to be in the NFC West with the Saints, Falcons, and Rams before the 2002 league realignment. As a kid, I liked it when the 49ers played the Saints because I thought their fleur de lis helmets were cool looking.

Today, it’s easier to anoint Brady as the G.O.A.T. following his seventh Super Bowl Championship, but 15 years ago, the debate was much more open. After all, plenty of great quarterbacks had won multiple championships over long-storied careers at that point.

In 2005, Brady was already great, but it would take almost another decade before he would begin authoring the second act that would catapult him to career achievements nearly unmatched in every category.

After two Super Bowl losses to the New York Giants in 2007 and 2011, Brady’s legacy hovered in a mix of rarefied air occupied by other great quarterbacks like Brett Favre, Peyton Manning, Johnny Unitas, and Dan Marino. Who knew that in the past seven seasons, Brady would appear in the Super Bowl five more times while winning four more championships, including one with a different franchise?

Obviously, G.O.A.T. status can’t be quantified alone by Super Bowl wins. Overall team impact, in addition to on and off-field leadership, should be just as indicative of greatness as crunchtime effectiveness, career stats, achievements, and accolades.

As Peyton Manning said before Super Bowl LV, Brady’s “stamp is all over” his second team in over 22 seasons. The impact Brady has had and the leadership he has shown in one season with the Buccaneers spoke volumes more than he was able to show in 21 seasons with the Patriots.

For instance, when the Bucs traded for previously retired former Patriot Rob Gronkowski, fellow tight end Cameron Brate had reason perhaps to feel threatened or, in the least, worried his role on the team might diminish. In almost puppetmaster fashion, Brady instinctively called Brate to ease any worries.

“He just told me, ‘Hey man, you’re going to love Gronk,’’ Brate said, recalling the conversation. “‘You’re still going to have a role on this team, but you’re going to learn a lot from Gronk. Gronk’s a great player, a great teammate, he’s going to help our team a lot.”’

Having a feel for one’s team mates, a finger on the pulse of the locker room, if you will, appears to be another feather in Brady’s illustrious crown. The base of that crown, it’s foundation, will, in the end, be framed by Brady’s place at the top of almost every statistical category for the quarterback position. 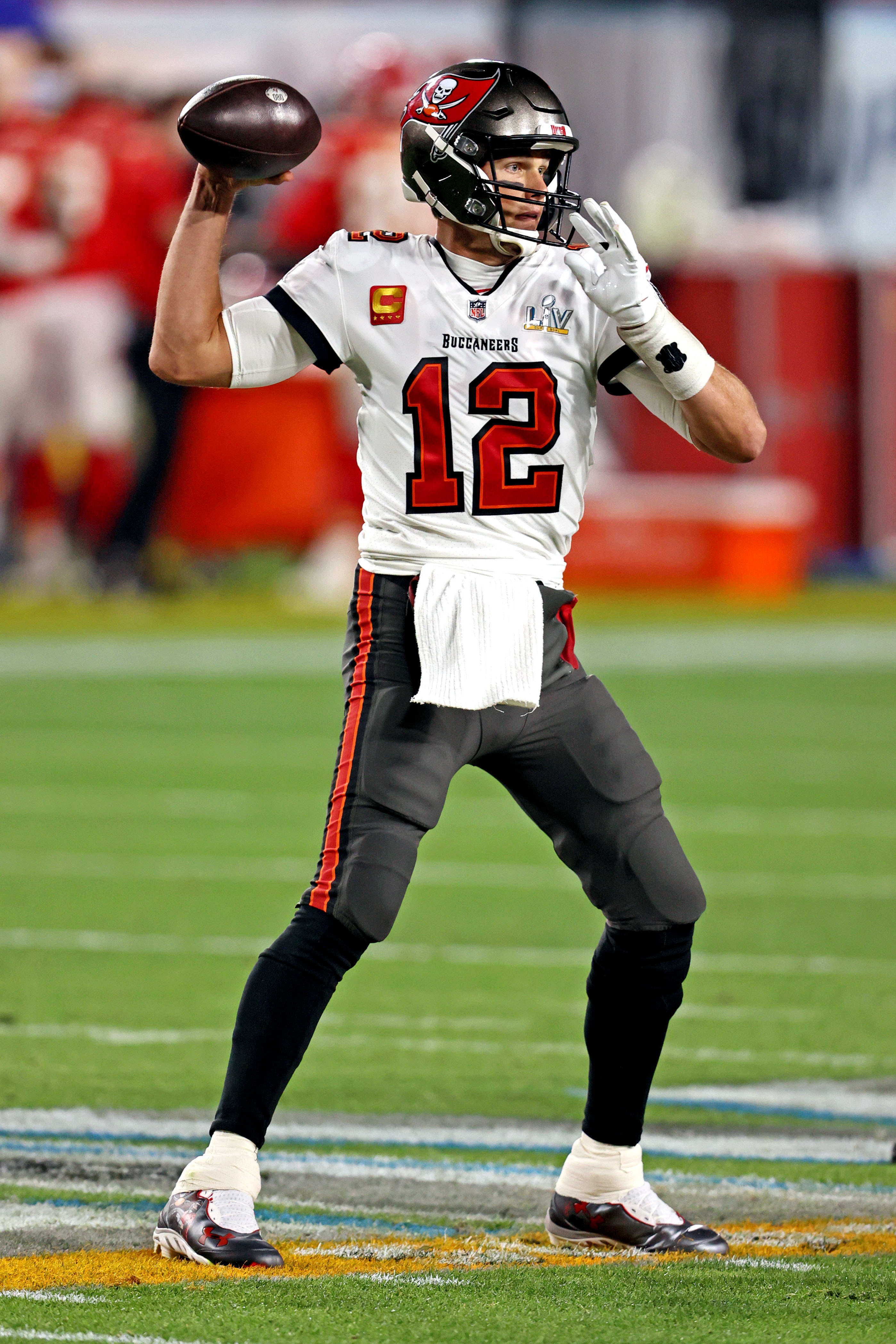 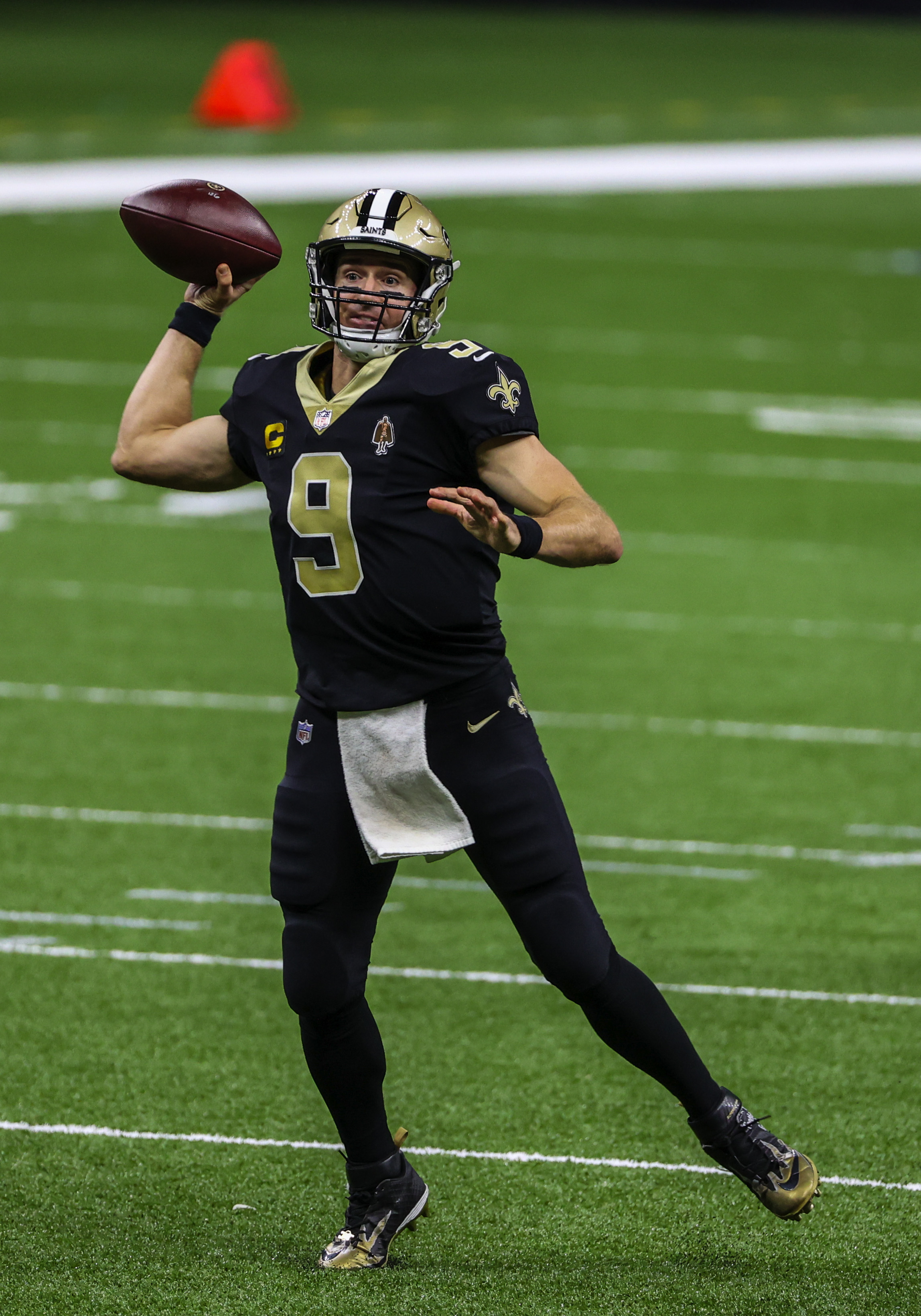 If Drew Brees retires as expected and Brady does indeed play at least one more season in Tampa Bay, it’s reasonable to assume Brady will regain sole control over a couple records in which Brees now slightly leads.

Brady already has the record for most career passing attempts in both the regular season (10,598) and playoffs (1,764). His 581 career touchdowns are ten more than Brees’ far more celebrated 571. Brady (57 GWD) has one more game winning drive than Brees (56 GWD). Brady also has 52 less career interceptions than Brees despite playing in only 13 more games.

Brees does still hold the lead in career passing completions and passing yards. However, as Brady made 401 completions this year with his multitude of pass catching weapons, it seems very possible Brady will reach the 365 completions needed to pass Brees’ 7,124 career completions.

Brees’s highly touted record of 80,358 career passing yards is in close striking distance as well. Brady needs just 1,155 yards to hold the record, perhaps forever. After netting 4,633 yards this past season, for the fourth highest yardage amount of his entire career, both records seem foreshadowed to change hands next season.

In my opinion, two of his most impressive records are those for most games with either one plus touchdown and no interceptions or 200+ yards and no interceptions. Brady was not only effective at helping his teams succeed, he was also excellent at not hurting them.

As if we needed more proof of his greatness, Brady also orchestrated the most successful late-career team change since Peyton Manning joined the Denver Broncos as a free agent. Leaving the only franchise and coach he had ever played for gave Brady the opportunity to win while writing a new storyline with him as the main character instead of Bill Belichick.

Former Patriot team mates and personnel weren’t necessarily surprised by Brady’s impact on the Bucs locker room. What has come to be known as the “Patriot Way” might easily have been referred to as the “Brady Way”.

“Football-wise, it’s been amazing to me to watch him transform a culture,” Tedy Bruschi said. “You could see it, how he’d had enough in that Chicago game. It affected him so much to where he’s tongue-lashing guys. I mean, that wasn’t, Come on guys; we have to make the right decisions. To me, that was, You guys have no clue what’s going on and what I’m trying to do. That’s what that type of yelling was, and that type of emotion to where it affected him so much he doesn’t know how many downs are left.

“So getting to that point—and then all of the sudden from that point on, them sort of figuring it all out together through the leadership of Tom? This isn’t the NBA, man. One player’s not supposed to make this much of a difference. But you can tell culturally, coaching-wise, certain things are just more important to the Buccaneers now.”

These impacts were immediate and noticeable as the 2020 season wore on. With Brady under center, the Bucs reduced their 134 penalties in 2019 to 96 while decreasing their turnovers from 41 to 17, despite Brady’s 12 regular season interceptions.

“I see a degree of confidence,” ex Patriots exec Scott Pioli said. “I see a team that continues to play smarter football. The penalties started to reduce. The turnovers started to reduce. They’ve played a better brand of football. They got confident quickly when they saw his competitive energy. And you’re looking at a guy who was a leader to graybeards like Bryan Cox and Willie [McGinest] and Anthony Pleasant.

“Twenty years later, guys like Devin White are looking to him. They play like they trust their leader. They have more confidence due to his presence.” On the Bussin’ with the Boys podcast, White doubled down, “With a guy like Tom Brady, there’s only one expectation, and that’s winning.”

It’s insane that Brady’s leadership has been just as effective to a player like White who was born in 1998 as his was to Cox or Pleasant, both of whom were born in 1968. The ability to show leadership to and manufacture motivation for hundreds of men, sometimes decades apart in age, from different socio-economic backgrounds is another testament to Brady’s legacy.

Perhaps, when number 12 hangs up his cleats, he’ll embark on yet another chapter of his professional football career...coaching. After all, it appears Brady was already doing quite a bit of it the second half of the season when the Bucs started to turn into the hottest team in the league.

Bruce Arians, to me last night, on Tom Brady: "He picks all the plays now. We call what he picks. We just have to get better. He's getting more comfortable every week. We're getting close." (Note: Arians was upbeat about Brady's skillset. This is a process.) More on The Aftermath

Something tells me the full story of Brady’s NFL career is far from over, but I don’t need him to write another word in order to prove he is the G.O.A.T.