Taysom Hill is a polarizing player who has a real shot at being an NFL starting quarterback.

Share All sharing options for: Taysom Hill looking to prove the doubters wrong

The term that many fans around the NFL learned recently is “voidable years.” Generally, when a player signs a $140 million contract, the league celebrates. That was before the salary cap and Taysom Hill truthers combined forces to deride the New Orleans Saints. The term “voidable years” along with the contract number brought out the worst of the anti-Saints bullhorns. These forces seem to have been working against Taysom Hill, his pursuit of an NFL starting job, and an actual long-term contract. This is the next article examining the New Orleans Saints players pursing a contract extension and the first to look at one of the quarterbacks.

This will be the first quarterback battle in Sean Payton’s head coaching career. The person Payton chooses will likely shape the Saints franchise for the foreseeable future in the post-Drew Brees era. In a lot of minds, Taysom Hill has no chance at winning the quarterback job for the New Orleans Saints in 2021. Because Jameis Winston has been a starting quarterback in the NFL, Hill is dismissed as being simply a gadget player. The dismissiveness and vitriol towards Hill might drive Hill towards the starting job.

One of reasons Taysom Hill gets dismissed is his playstyle. There have been very few quarterbacks who have been this kind of a running threat that have succeeded in the NFL. This contrast is even more pronounced when replacing the most accurate quarterback in NFL history, Drew Brees. The way Hill plays the quarterback position is much more akin to someone like Cam Newton or Josh Allen than Brees. Newton and Allen seem to get the same kind of dislike that Hill does, but Newton and Allen have been enduring it longer. Hill challenging for this year’s full-time starting job will not help this dismissive attitude either. Cam Newton is an NFL veteran who has been a perennial starter while Josh Allen is going into his fourth year. Josh Allen’s playstyle has been ridiculed but he has improved as a passer every year he has been in the NFL. Both of these players are still proving their doubters wrong. 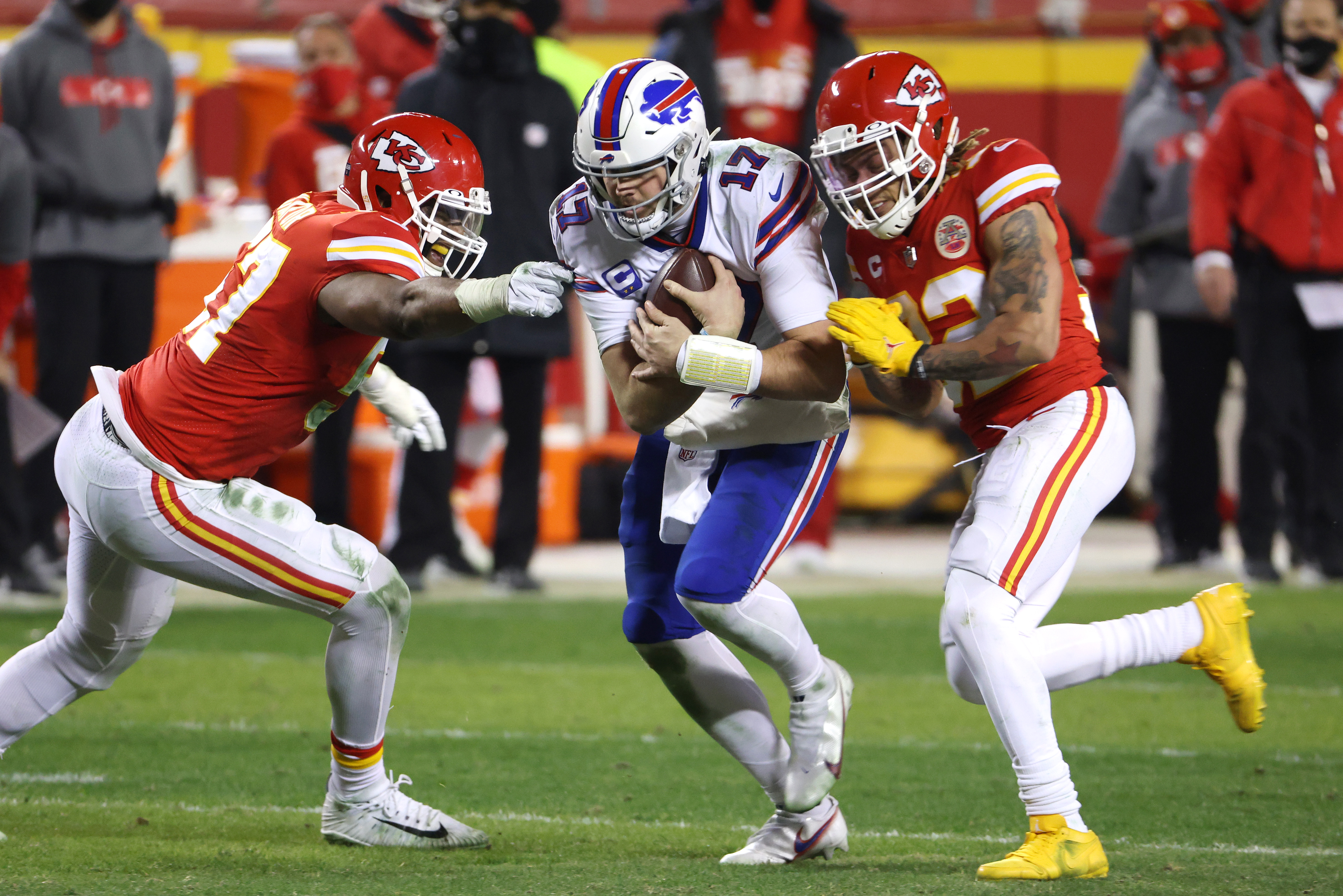 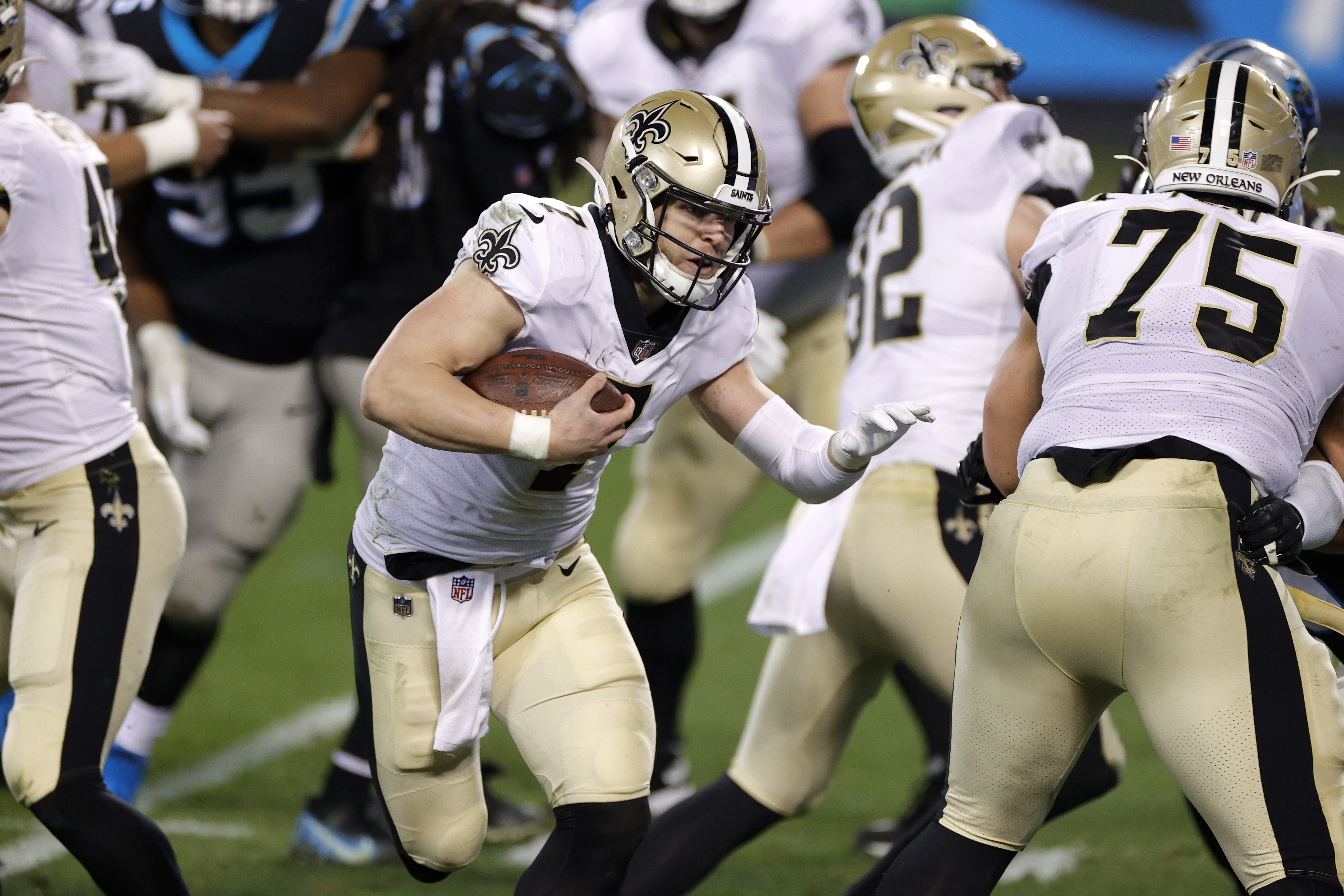 This leads to the comparison between Josh Allen and Taysom Hill. Hill has only started four regular season games in the NFL. In Allen’s first year starting for the Buffalo Bills, he finished with 631 yards rushing while only completing 52.8% of his passes. Allen started 11 games for the Bills that year. The next two years though, these numbers started to move in a better direction. Allen’s rushing dipped in both 2019 and 2020, but his passing numbers climbed. Allen’s completion percentage went up to nearly 59% in 2019 and leapt to 69.2% in 2020, leading the Bills to a 13-win season. Allen started every game for the Bills in both 2019 and 2020. Can the Saints organization be this patient with Hill?

The major difference between Allen and Hill is their age. Allen began to elevate his numbers at age 23. Hill will be 31 by the time the NFL season starts. This, along with the looming presence of Jameis Winston, might be too much for the Saints organization accustomed to winning. The Saints have won 11 or more games in each of the past four years. Can the Sean Payton regime be patient with Hill long enough for him to elevate his game? There is room for hope. In his first few starts, Hill’s numbers at quarterback are better than Allen’s. Hill finished the 2020 season with a 72% completion percentage, a 98.8 quarterback rating, and 457 yards rushing. The passing numbers are far better than Allen’s in his first or second year. When Brees was hurt in 2020, it was Hill who got the nod at quarterback, not Winston. Payton’s favorability towards Hill might have signaled who he believes is the future of the Saints at quarterback.

Who wins the Saints quarterback job?

Taysom Hill does not deserve the hostility

There has not been a bad thing said about Taysom Hill from anyone within the Saints organization. It seems as if he is well-liked and a good teammate. Hill has proven his worth and earned respect from players by being a hard-nosed, blue-collar type player. Outside of the organization is where most of the vitriol comes from. Some of it is due to the Saints manipulation of the salary cap each year. Hill’s “giant” contract and the voidable years represent what some around the NFL feel as being questionable cap work. The other hostility comes strictly from Hill’s playstyle. This kind of malice can be normal around the NFL, especially for players who do not play quarterback the traditional way. Taysom Hill will have to prove the doubters of his playstyle wrong to win the starting job for the Saints in 2021. Whichever quarterback emerges in the upcoming training camp, is surely to be welcomed with a long-term contract from the New Orleans Saints.