Can Jameis Winston progress like Brees did under Sean Payton?

Share All sharing options for: Jameis Winston looking to ascend under Sean Payton much like the last guy

This will be the final article in the New Orleans Saints contract year series. There is likely no better way to finish this series than with the battle of the quarterbacks in New Orleans. Last week’s article about Taysom Hill and his contract situation sparked a conversation about this upcoming camp battle. The quarterback battle is sure to have passionate opinions on both sides until a starter is named. Jameis Winston is the favorite to win the job on many sportsbooks currently, and for a good reason. Winston’s pure throwing ability and starting experience give him an edge already. Let’s examine the future of Jameis Winston with the Saints and see if a long-term deal could be in his future.

Jameis Winston fighting for another shot at starting in the NFL

One factor that could contribute to Winston winning the Saints starting job is his play style. Sean Payton has been enamored with the mobility of Taysom Hill but mostly on gadget plays. In the games Hill started, he was asked to be a pocket passer more than any other time in his career. Winston fits this traditional quarterbacking style the Saints have run under Sean Payton. Following the legendary career of Drew Brees will not be easy for whoever wins the starting job. The Payton game plan and playstyle would seem to give Winston the edge in this battle. Winston is by no means a statue in the pocket, but his best strength is being a gunslinger. He is still one of the few quarterbacks to throw for over 5,000 yards in a single NFL season.

Who wins the Saints quarterback job?

One of the biggest detriments to Jameis Winston’s career has been the stigma of being a turnover machine. What is often forgotten is that Drew Brees was known to have gone complete gunslinger on occasion as well. Canal Street Chronicles’ own Christopher Dunnells put together a fascinating and interesting comparison between Drew Brees early in his career and Jameis Winston now. Between the ages of 22 and 26, Drew Brees averaged one interception every 34 pass attempts. At the same age, Jameis Winston averaged one interception every 29 attempts. Of course, we know Brees now as being one of the most accurate quarterbacks in NFL history. Brees was mainly with the San Diego Chargers for these statistics. Under Payton, Brees turned into the future Hall of Fame quarterback we now know. It is hard to expect a Brees-like progression for Winston, but there are reasons to be optimistic that Payton can coach him. 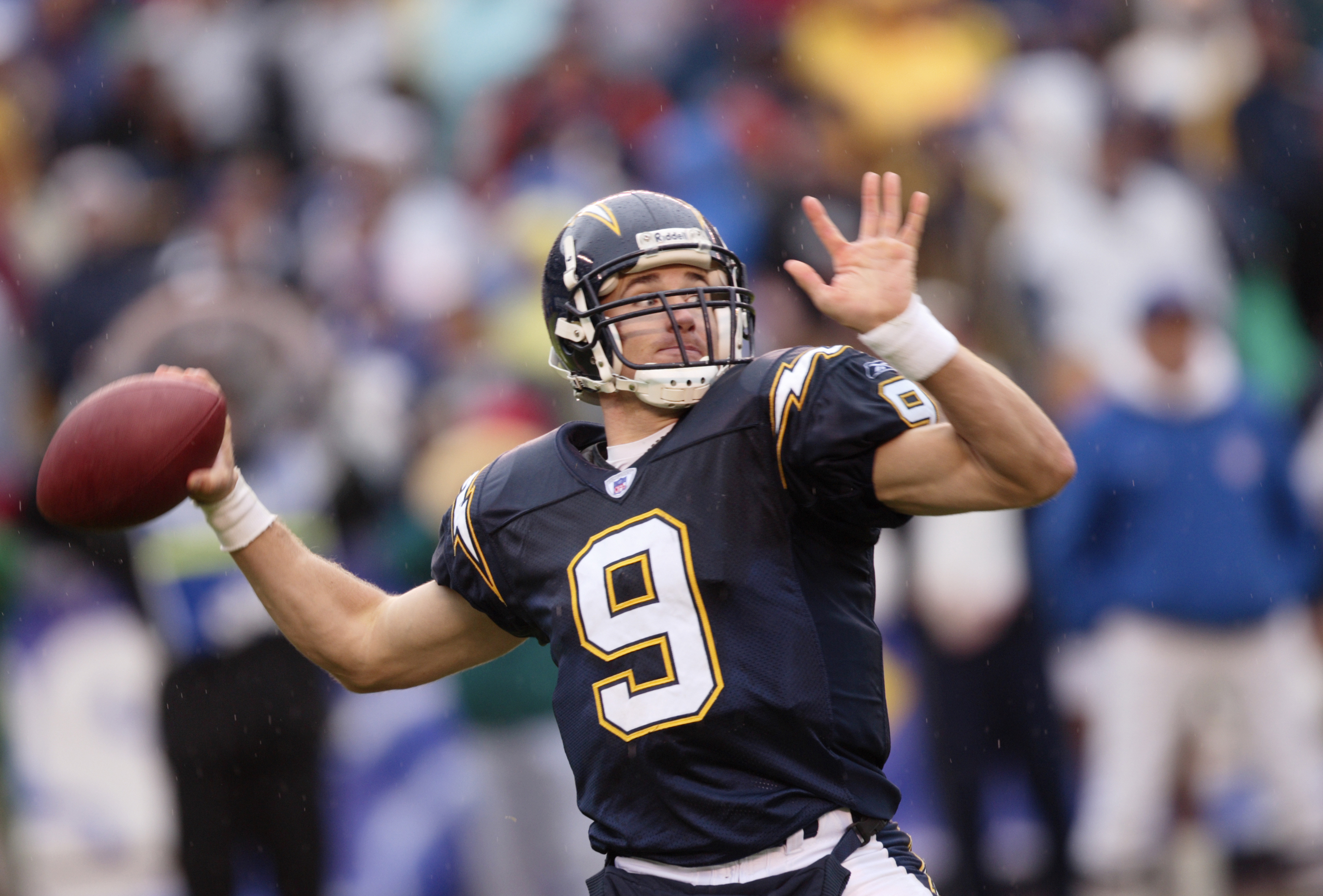 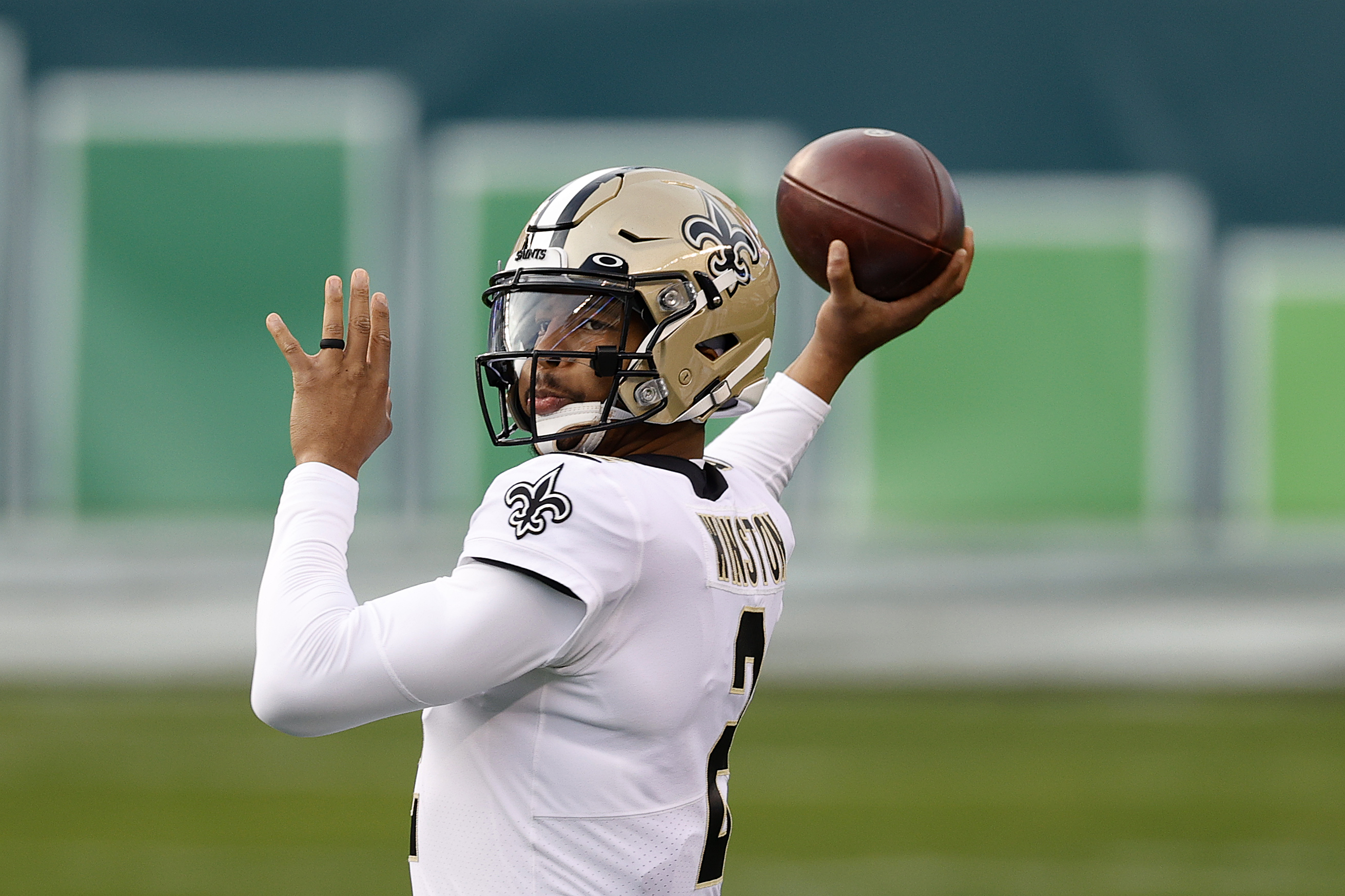 Jameis Winston also chose to return to the Saints this year on a one-year contract. There were likely organizations that would have signed Winston if given the opportunity. Winston valued his one season under Sean Payton and returned to the team on a short-term deal. This kind of loyalty is not often seen in the NFL, and Winston should be commended for not simply trying to get a large salary. The tutorship under Drew Brees and Payton made an impression on Winston, and he intends to see what a second-year can do with his quarterbacking skills.

Even with a year of tutoring under Brees and Payton, Jameis Winston’s outlook is hard to predict. Drew Brees was also a bit of a gunslinger at times with the Saints. Brees improved with the team, and it is likely that Winston will as well. How much he improves though will likely be the difference between starting and second-string. Jameis Winston goes into this year playing on a cheap one-year deal. If Payton and Brees’ tutorage makes a difference in his throwing ability, Winston could be looking at a long-term deal after the 2021 NFL season.