Which New Orleans Saints wide receivers will round out the position behind Michael Thomas?

Share All sharing options for: Which New Orleans Saints wide receivers will round out the position behind Michael Thomas?

One of the things I’ve always loved about New Orleans Saints fans is the attention paid to not only the largest position battles, but roster spots one through 53.

Often times, the battle for the third tight end spot is as hotly debated as a top corner or wide receiver.

While this offseason has and will continue to be dominated by the quarterback competition, and rightfully so, there will be eyes on roster spots in New Orleans that other fanbases may not pay as much attention to.

One of those spots will be at wide receiver. Yes, the Saints will be looking for someone during camp to step up opposite Michael Thomas as the Z-receiver. However, there are candidates looking to help round the position out as well. And just as importantly, more than one battle will take place at the position.

Here are the candidates to watch as they look to fill out the position behind Saints star receiver Michael Thomas.

Tre’Quan Smith, Marquez Callaway, and receiver/returner Deonte Harris are as close to locks as they can be, in my eyes. Smith, drafted in 2018 finally gets his opportunity to compete as an outside receiver, where he’s had some of his biggest moments as a pro.

Marquez Callaway burst on the scene last season as an undrafted free agent receiver from Tennessee, keep the Vol to Saints throughway open. He had 21 catches for 213 yards last season, which aren’t mind-blowing stats to be sure, but his immediately developed rapport with Drew Brees is notable. If Brees trusted him on the field as much as he did, it’s clear that head coach Sean Payton will moving forward. Regardless of the quarterback, Callaway should get decent opportunities in 2021. His ability as a blocker and special teams contributor help a ton as well.

Deonte Harris went from undrafted to All-Pro his rookie year in 2019. He followed that up with a more expanded role on offense in 2020 while being on pace to lead the NFL again in return averages up until his injury. While his return ability helped him make an immediate name for himself, it’s clear he has more to show on offense. He went from six receptions for 24 yards in 2019 to 20 for 186 last season. Expect to see that upward trend continue.

Deonte Harris’s pad level buys him a lot more than be bargained in this 1-on-3 situation. #Saints pic.twitter.com/PMPsIHiHhq

Now this is where things get fun. Who will be the fifth and possibly sixth receiver on the roster? In some systems, these roster spots are all about depth. Which isn’t untrue in New Orleans. But bear in mind that two of the receivers that were just highlighted were first considered “bottom of the depth chart” players before making meaningful contributions the same season.

If New Orleans keeps five or six receivers (they have gone into week one with only four before), they’ll be looking for a player that contributes in multiple ways. The coaching staff has spoken before on the decision-making process around building a roster is going with the 53 best players, not sticking to set numbers at each position.

Kawaan Baker was drafted by the Saints in the final round of this year’s draft out of South Alabama. His versatility is easy to spot in his production with 16 receiving touchdowns and 11 rushing touchdowns in Mobile. He shows a ton of effort as success as a blocker, and can contribute on special teams as well. The opportunity. and talent are there for Baker, the first wide receiver the Saints have invested a draft pick in since Tre’Quan Smith in 2018.

Looking for someone that has a lot of the same positives as Baker but already has a knowledge of the Saints system? Look no further than former Texas receiver Lil’Jordan Humphrey.

Like Baker, he can contribute from multiple spots on offense, he’s an outstanding blocker, solid special teams contributor and has been with the team now since 2018. Oh right, and he’s 6-foot4 and 225 pounds to boot. Humphrey has a solid chance as making the roster as well.

What does the young McCleskey bring to the table that others may not? Blazing speed. At hit Tulane Pro Day, the 5-foot-11, 165 pound receiver ran a 4.28 40 yard dash. Even if you adjust nearly a full tenth of a second for Pro Day timing, you still get speed the Saints haven’t had at the position for some time. While he was often a slot receiver, we’ve seen a player come from the same Tulane system in Darnell Mooney who has excelled on the outside as well at the next level.

That would mean McCleskey checks the box when it comes to being multiple on offense. He also has experience as a punt returner, but at his size, may struggle to contribute much as a blocker. 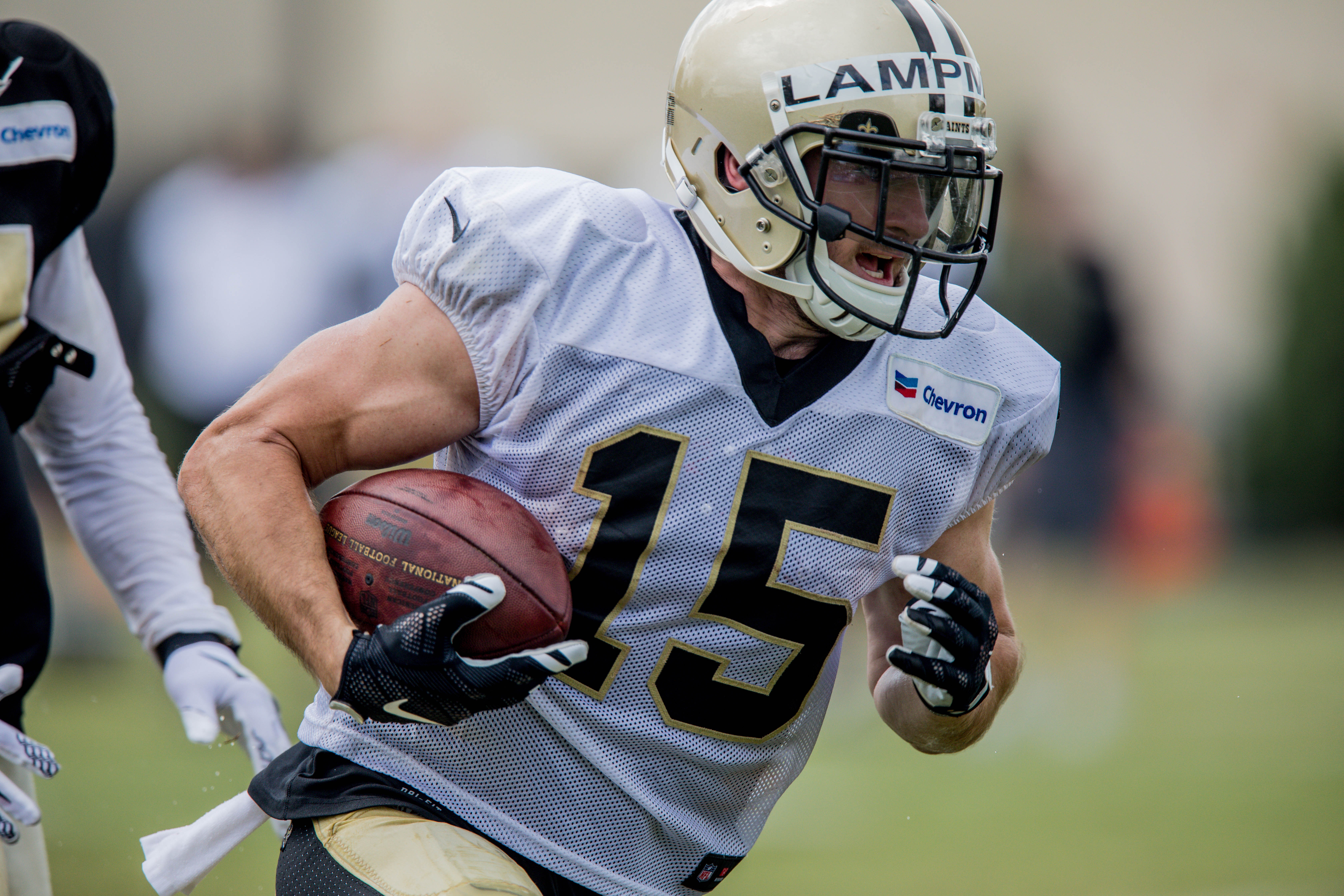 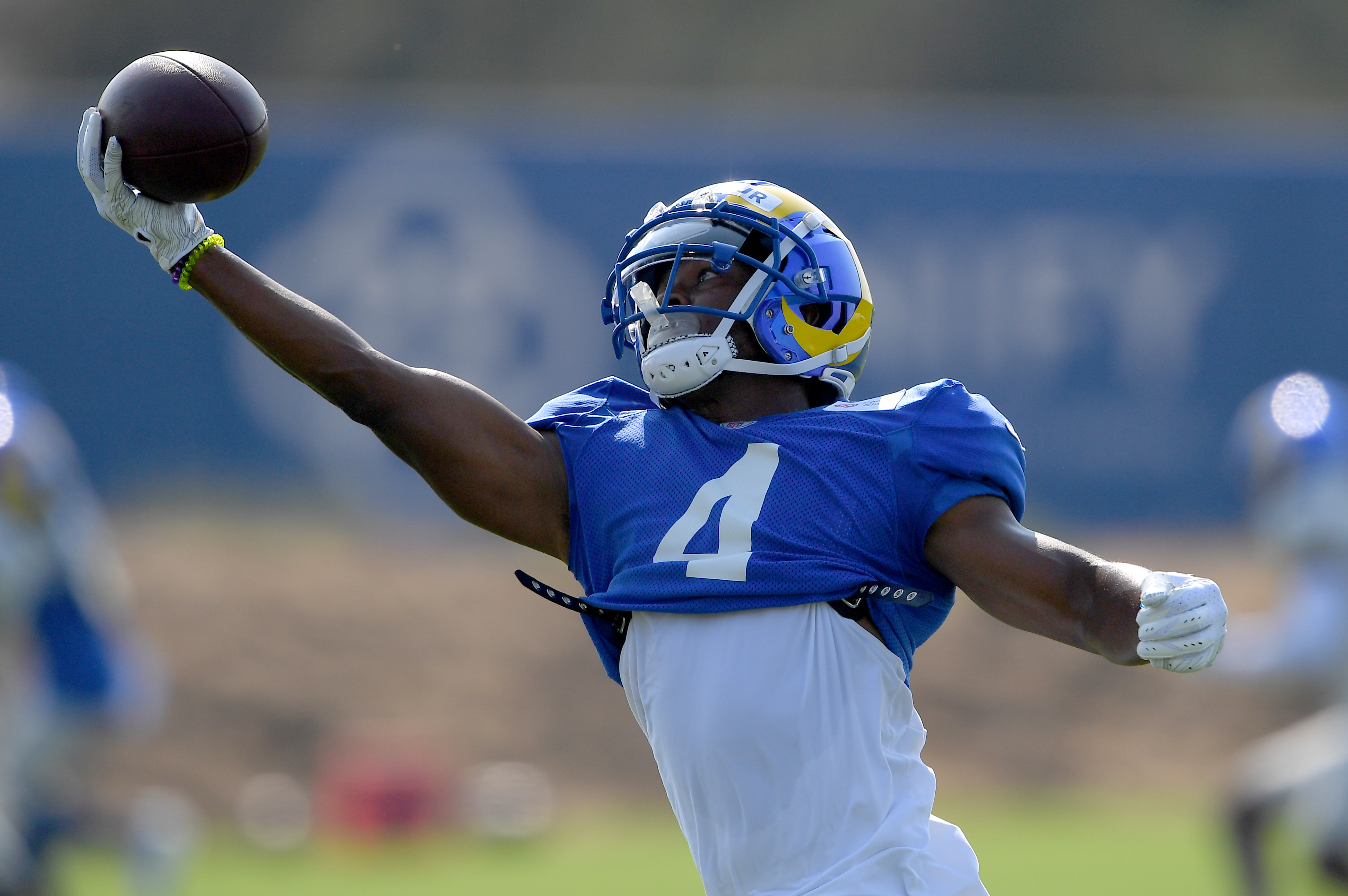 It’s honestly a little tough to separate these two as the same question is on the table for both, what do they really look like al full-speed in this system? Lampman returning to the New Orleans Saints after entering the league from Ferris State as a UDFA in 2016 with the team. He then went on to join the Tampa Bay Buccaneers and the XFL’s Tampa Bay Vipers until the league folded. Now, in his return to the New Orleans Saints at 28 years old, it’s tough to see him breaking through the talent above. But certainly not impossible. At six-foot and over 200 pounds he fits the mold of a Saints receiver and packs 4.4 speed and NFL practice squad experience. This could be a defining chance for him to the threshold.

As for Winston, Easop not Jameis, he has a pretty spectacular two-year career with Washington State totaling 19 touchdowns catches including 11 in his senior season. He played at San Francisco City College before joining Wazoo. Winston is known as a sure-handed receiver just like Lampman and is similar in both size and speed (4.42).

If either of these are going to make the roster in 2021, they’d have a lot to prove and would each need to start by showing their value on special teams. Which goes for any receiver hoping to round out this position group. As we’ve seen before with the likes of Emmanuel Butler, big plays in camp on offense are not enough to lock up a roster spot in the NFL.