Week two of the NFL season is upon us, lets set those DFS tournament lineups

The running backs really destroyed last week’s base lineup. Raheem Mostert cannot be blamed for an injury. If he had stayed healthy that entire game, he would have likely put up huge numbers. Eli Mitchell filled in for him and had over 100 yards and a touchdown in the game. For James Robinson, this was just simply a bad game called by Urban Meyer and the Jacksonville sideline. They did not use him enough and were trailing all game. This Jaguars team is already in turmoil. It will be difficult to trust anyone from Jacksonville in the near future. Onwards to week two.

You hear that volume? Turn it up in Week Two DFS

Van Jefferson ran a route on 86% of the Los Angeles Rams drop backs according to Andrew Erickson of PFF. This was third most on the team. Jefferson only caught two passes from Matthew Stafford last week but one was a 67-yard touchdown. Being on the field this much should translate to more targets. Jefferson and the Rams will face an Indianapolis Colts team that just allowed a 25 yard-per-catch average to Tyler Locket in week one. This Rams offense will be potent again this week so take the shot at the Rams deep threat for only $3,500.

Adam Trautman did not catch the touchdowns from Jameis, but he had the most targets of any Saints player in week one. The Saints now get to play the Carolina Panthers that is weak to the pass. Six of Zach Wilson’s 20 completions were to the tight ends in week one against the Panthers. Trautman’s matchup is a good one and he is another pay-down option at only $3,000. 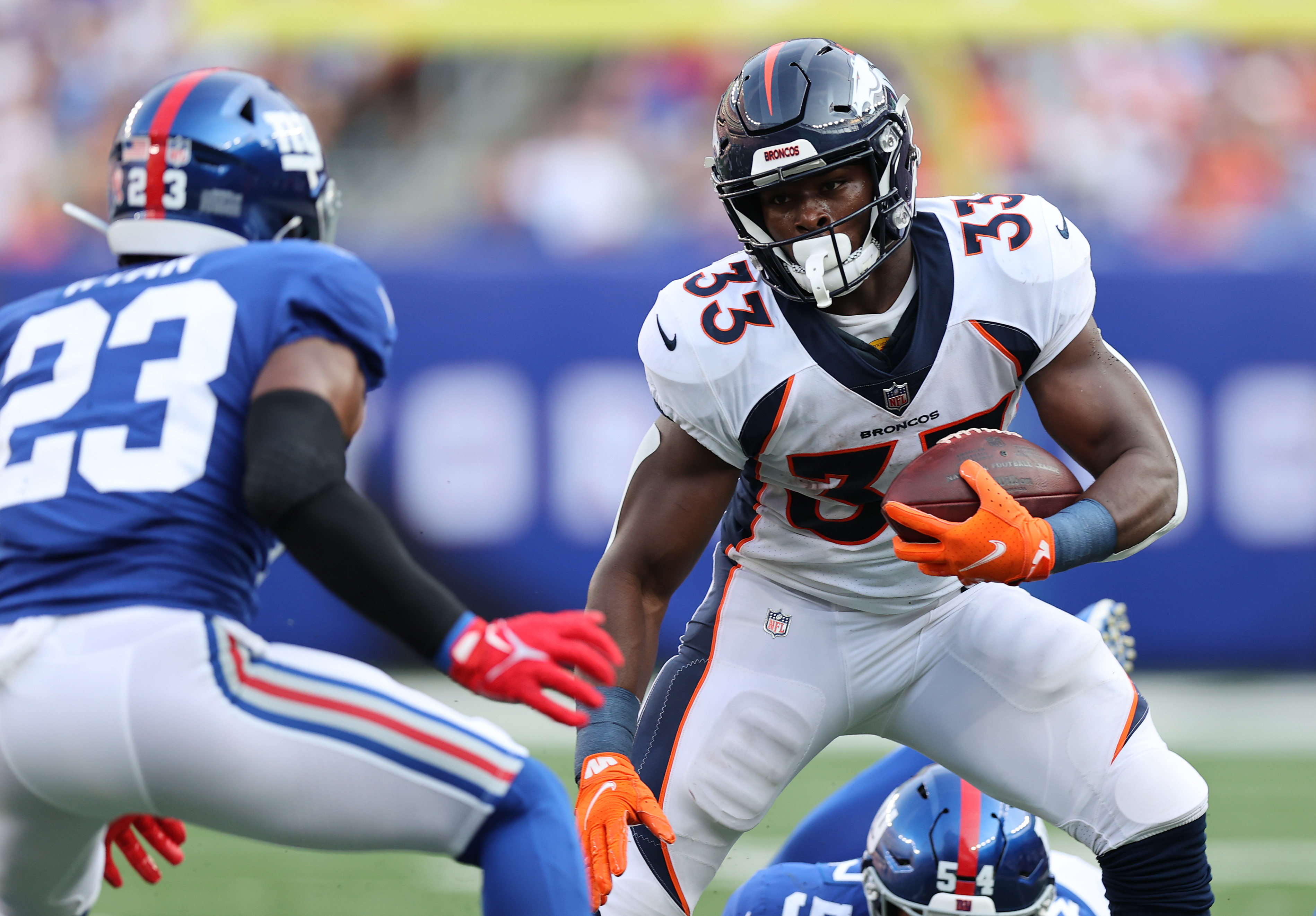 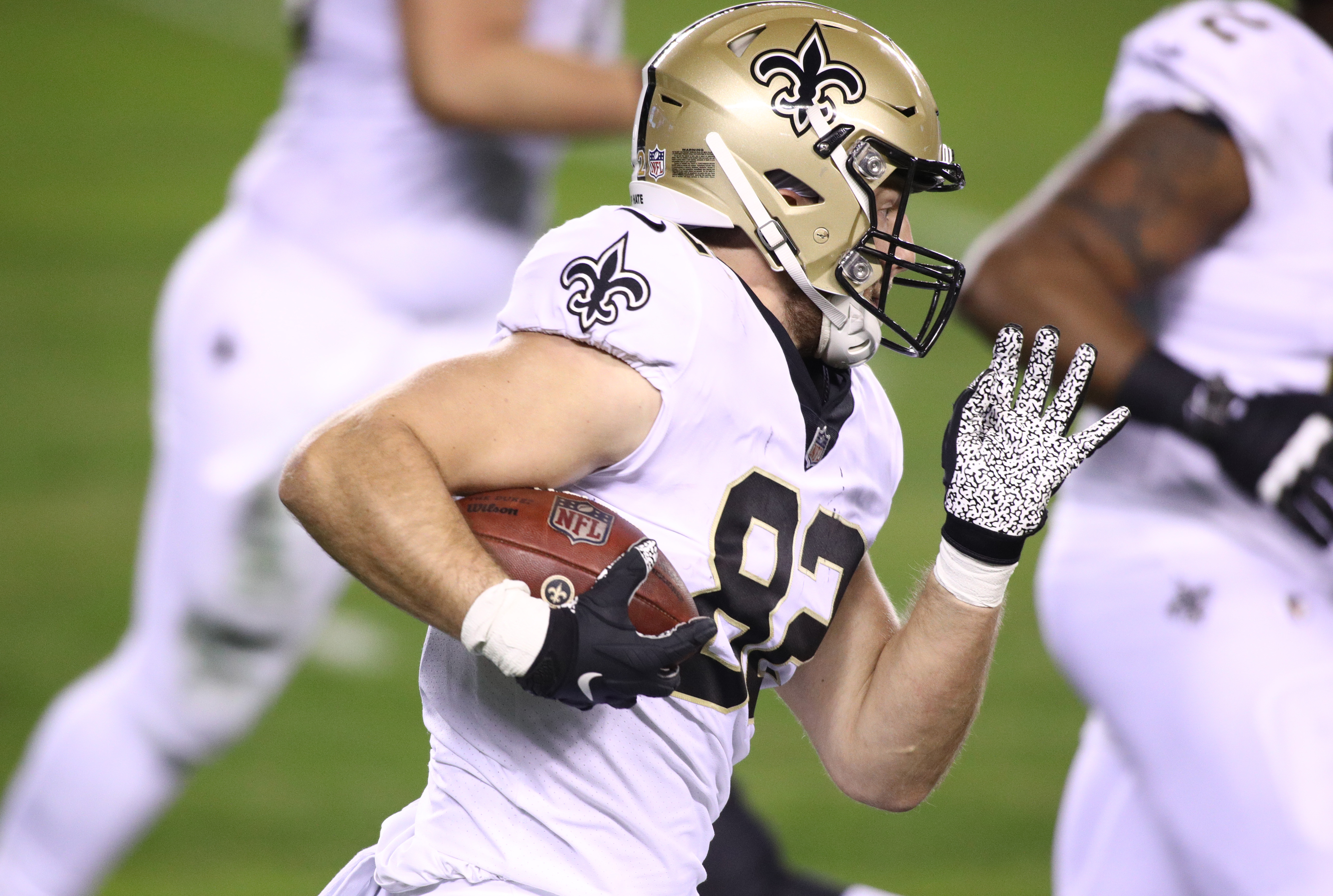 Javonte Williams out rushed Melvin Gordon in week one. Gordon just had the one long run which boosted his stats. Now the Broncos draw the awful Jacksonville Jaguars who let Mark Ingram fantasy relevant in week one. Williams is the cheaper of the two Broncos rushers this week so take advantage of the discount. This could be Williams’ coming out party. Especially for tournament settings, getting a running back with guaranteed volume at $4,400 is worth the gamble.

Mike Evans is another player on a discount. Evans had a down game in the Tampa Bay Buccaneers opener but it was mostly due to good defense. The Cowboys used Trevon Diggs to shadow Evans most of the game. Evans gets to face the Atlanta Falcons in week two though. The Falcons were torched last week by the Philadelphia Eagles and now they have to face the defending Super Bowl Champions. Evans is the 17th ranked wide receiver on DraftKings and the cheapest Buccaneer pass catcher, well worth the $6,100 price.

Using the listed players and the Arizona Cardinals defense, players will have a whopping $30,100 left to spend on the other four positions. The Cardinals defense should feast on an average Minnesota Vikings offensive line that just surrendered seven quarterback hits to the Bengals. With this much money left over, players can snag whichever studs they want to finish lineups. Paying up for Nick Chubb at $7,800 or Stefon Diggs at $7,700 are well within the remaining budget. Good luck in week two DraftKings tournaments.