Another forgettable week is in the books. Kenyan Drake and Alec Pierce were both outclassed by other teammates last week, completely ruining their fantasy output. Marcus Mariota was in a game where he should have been throwing the ball around, but it appears as if the Falcons were content to lose that game after the second quarter. This week let’s go with some more familiar names who will see the volume needed to have large fantasy games. These are the DraftKings DFS tournament plays for week 8 of the NFL regular season.

DFS Tournament plays for Week 8 of the NFL regular season

In spite of three interceptions, Andy Dalton($5,500) managed a huge fantasy output in Week 7, scoring over 30 fantasy points. The Saints were in a high scoring contest against the Arizona Cardinals, which caused Dalton to have to throw the ball 47 times. This week, the banged-up Saints have to face an equally as dangerous offensive team in the Las Vegas Raiders. The higher the chance of a shoot-out, the more Dalton will see the field instead of Taysom Hill. Even if the scoring is modest, the Raiders are the worst team in the league against fantasy quarterbacks. Dalton has a good matchup at home in week 8.

Speaking of a juicy matchup, Raheem Mostert($5,900) looks to be a must-start in week 8. Mostert has several factors working in his favor this week. The Miami Dolphins will have Tua Tagovailoa in his second game back from injury, which should help the team click once again. Mostert also matches up with the second-worst team against the rush in the entire NFL in the Detroit Lions. On a by-game basis, the Lions surrender over 160 yards to opposing teams. If Mostert can find the end zone once again, a 20-point performance is well within grasp.

How is your DFS season going so far?

In this same game, a wide receiver from the Detroit Lions should have an expanded role in the offense. Josh Reynolds($5,000), if healthy, will once again be called upon to be one of the top receivers for Jared Goff. Both DJ Chark and Amon-Ra St. Brown are likely to miss this week 8 game, leaving Reynolds as one of the few remaining receivers that Goff trusts. The last time that both Chark and St. Brown missed a game, Reynolds had a great fantasy day. That was an 81-yard performance capped by a touchdown. TJ Hockenson could also be a good play this week, but Reynolds is the call here. 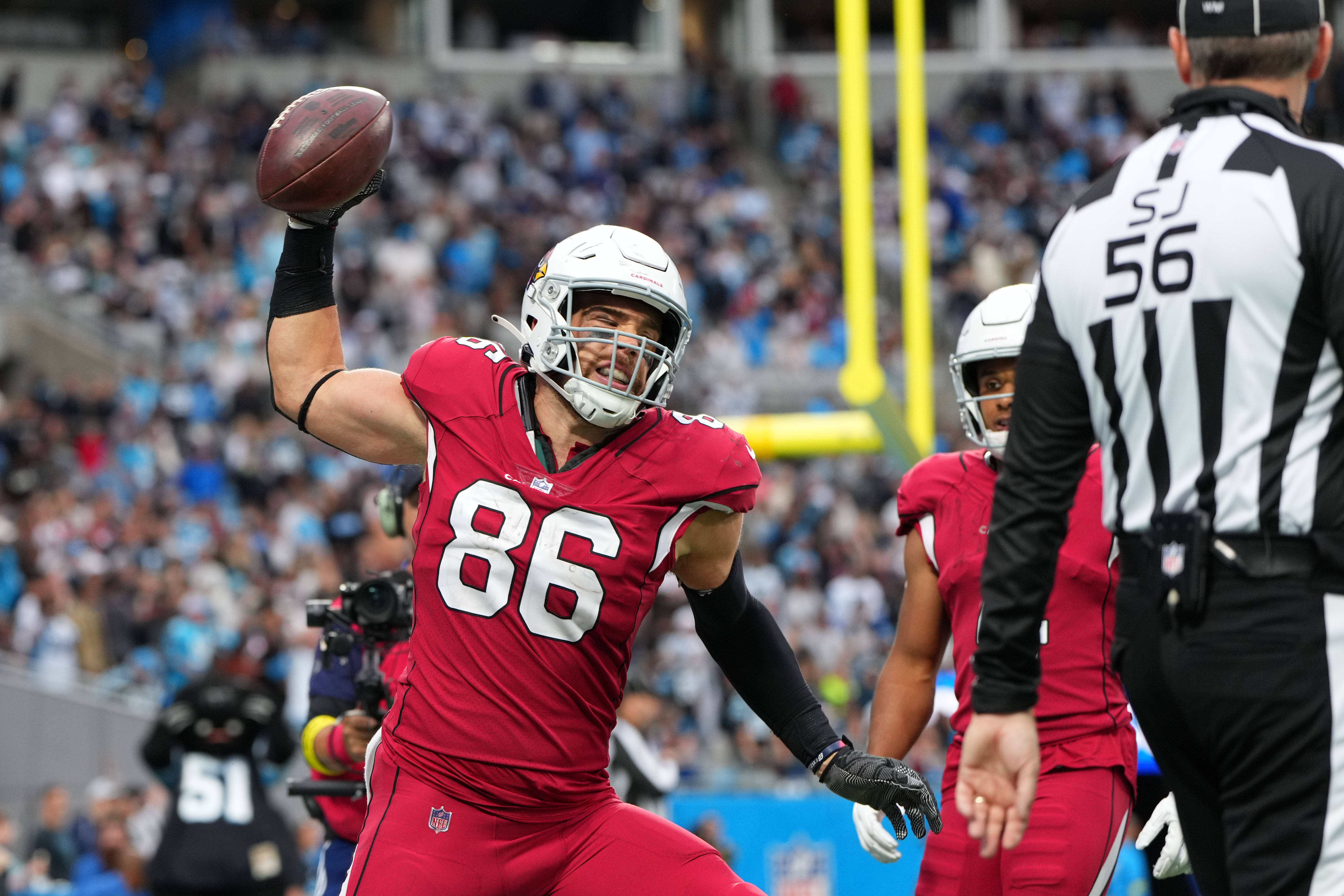 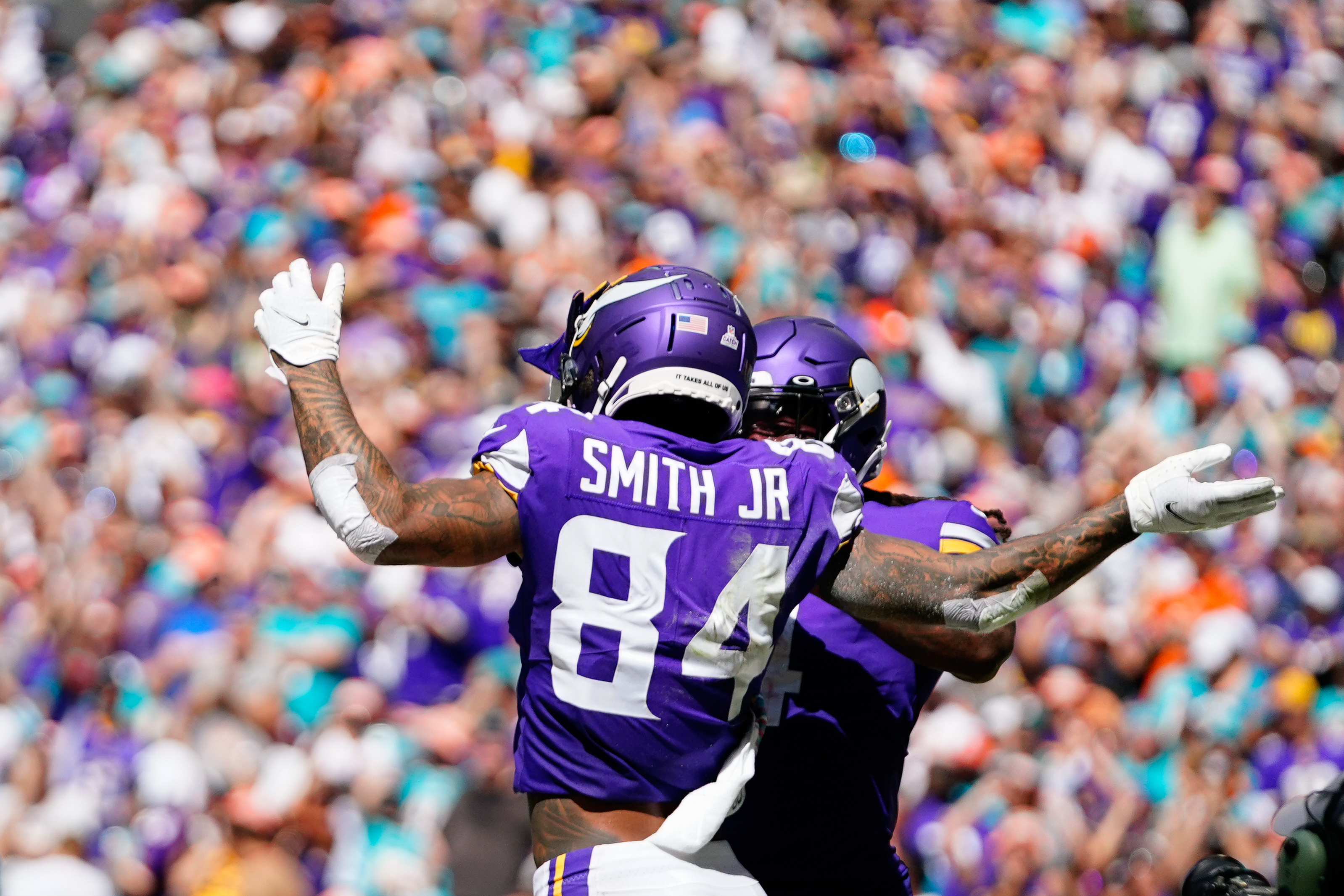 It is not often that a game occurs where both tight ends are viable fantasy players in the modern NFL. The matchup between the Arizona Cardinals and Minnesota Vikings has players on both sides worthy of starts though. Neither of these teams can cover tight ends, ranking in the bottom six of the NFL for fantasy points to the position. Zach Ertz($5,100) saw his lowest fantasy output of the year last week with the return of Deandre Hopkins. It remains to be seen if this was a fluke or a trend. Meanwhile, Irv Smith Jr($3,500) saw his normal target share the last time the Vikings were on the field in week 6. Both players are in the position to have big fantasy weeks, although volatility exists for them as well. Take whichever fits into your budget.

There are very few good options this week for fantasy defenses. The Colts might be one of the best though, at home against a bad Washington Commanders team. With the Commanders coming off their upset of the Packers last week, they are in store for a letdown game. With this selection, this week’s DFS tournament team is left with $24,800 for the remaining slots. This is plenty of funds to be able to slot in some fantasy stars. Players such as Derrick Henry, Tony Pollard, and AJ Brown are within grasp with the leftover funds. All of these players are in breakout matchups this week. Good luck in your DFS tournaments in week 8 of the NFL regular season.