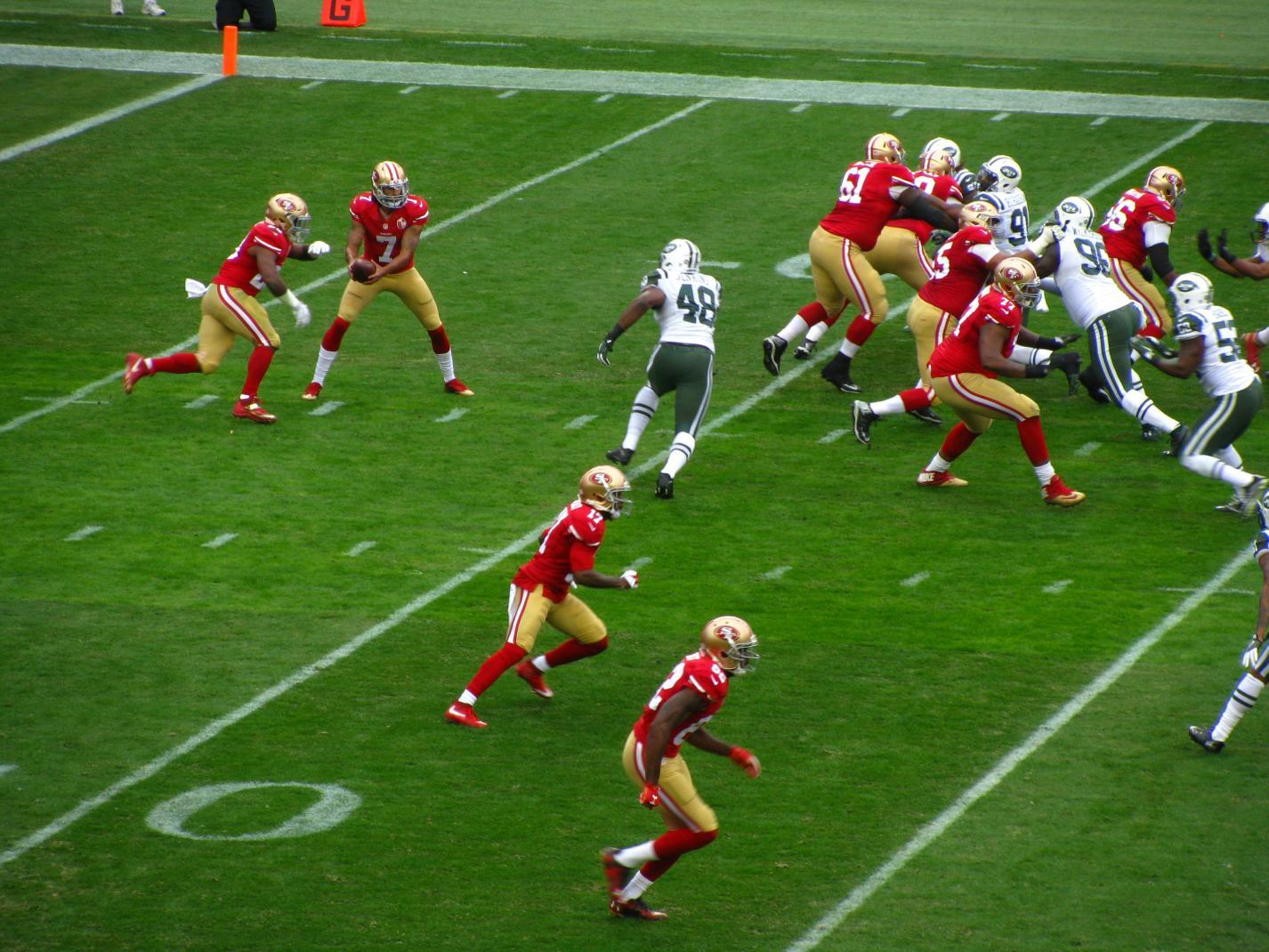 Just like NBA and MLS, the NFL is among the highest-paying sporting activities in the US. Presently, more than nine NFL players take home over $40 million a season, with 30+ others earning around $20 million. If you’re wondering just how much your favourite NFL players are worth, we have compiled a list of the top five highest-earning players in the American Football league. Read along!

Born in December 1983, Aaron Rodgers is the Green Bay Packers QB and is currently the reigning two-time MVP in the NFL. Rodgers inked a three-year contract extension in March 2022, making him the highest-paid NFL player with a $50.3 million annual salary. This deal also makes him the first NFL player to earn more than $50 million per season. Over the last two seasons, he has completed nine interceptions, 85 touchdowns, and 69.8% passes from 8,414 yards. He’s certainly a player to back at the best NFL betting sites on The Sports Geek.

Russel Carrington Wilson of the Denver Broncos comes in at a close second. Born in November 1988, the QB recently signed a new $242.5 million five-year contract to see him stay until 2028. The new deal includes a $161 million guaranteed earning, a $50 million signing bonus, and a base salary of $2 million in the 2022 season. Currently, he holds the record for the most wins by an NFL QB. He’s also among the few NFL QBs with a career passer rating of more than 100.

Kyler Murray is a relatively young NFL QB born in August 1997. But despite his young age, the Arizona Cardinals quarterback has a stellar career, currently earning over $46.1 million per year. In July 2022, Murray agreed to a new $230.5 million five-year contract extension to stay with the Cardinals until 2028. This contract didn’t come cheap, as the Cardinals had to offer a $189.5 million guaranteed, $29 million signing bonus, and $965K yearly base salary.

Deshaun Watson is a Cleveland Browns QB born in September 1995. In 2016, Watson led the Clemson college football team to the national championship. Watson joined Cleveland in the offseason of 2022 after signing a $230 million five-year contract. This deal will see him take home $46 million annually and a $44.96 million signing bonus. The contract also has a $230 million guarantee. Unfortunately, Watson has more than nine civil suits filed against him, most being about sexual harassment.

Patrick Mahomes is a 27-year-old QB for the Kansas City Chiefs. He is the son of Pat Mahomes, former MLB pitcher. Mahomes has a $450 million 10-year contract with the Chiefs that will see him play until 2031. In this contract, the QB will earn $45 million annually and make a base salary of $1.5 million. The agreement also included a $10 million signing bonus and $141.4 million guaranteed. He’ll be 36 by the time his contract ends in 2031.

These are the top-earning NFL players currently. Other notable mentions include Josh Allen of the Bills ($43 million), Derek Carr of the Raiders ($40.5 million), Dak Prescott of the Cowboys ($40 million), and Mathew Stanford of the Rams ($40 million).