With the Saints quarterback situation somewhat hazy, could the young Packers QB be an option for New Orleans?

Share All sharing options for: The case for...Jordan Love

Firstly, let me answer the question posed in the title. Yes. However, let me answer another that coincides with it... Is Jordan Love the best option for the New Orleans Saints? In my opinion, No. I know many will say Jameis Winston is that guy for New Orleans and that they will sign him back this offseason. For the record, I agree that Jameis would be the best option for NOLA, as he has half of a season under his belt playing for them and 2 years in the system. However, this article falls under the hypothetical that the Saints cannot retain Jameis for whatever reason and have to look elsewhere for a new QB.

The @packers have moved up to pick QB Jordan Love 26th overall! pic.twitter.com/gtp9hN8tTK

We all remember the draft night when the Packers took Jordan Love and many even the night, they took Aaron Rodgers with Brett Favre still in town. Except now, Rodgers is the one seemingly staying, as he confirmed in a tweet Tuesday. As of right now, we do not know how long the extension is for, however, many have speculated/stated it will be 4 years for 200 million. While this is not confirmed (as Rodgers says in the tweet) if it were to be 4 years. that means Jordan Love would be 27 by the time Aaron would be expected to leave Green Bay. Many have speculated Love will want out in the coming offseason or potentially next, which sets up the baseline for this article. 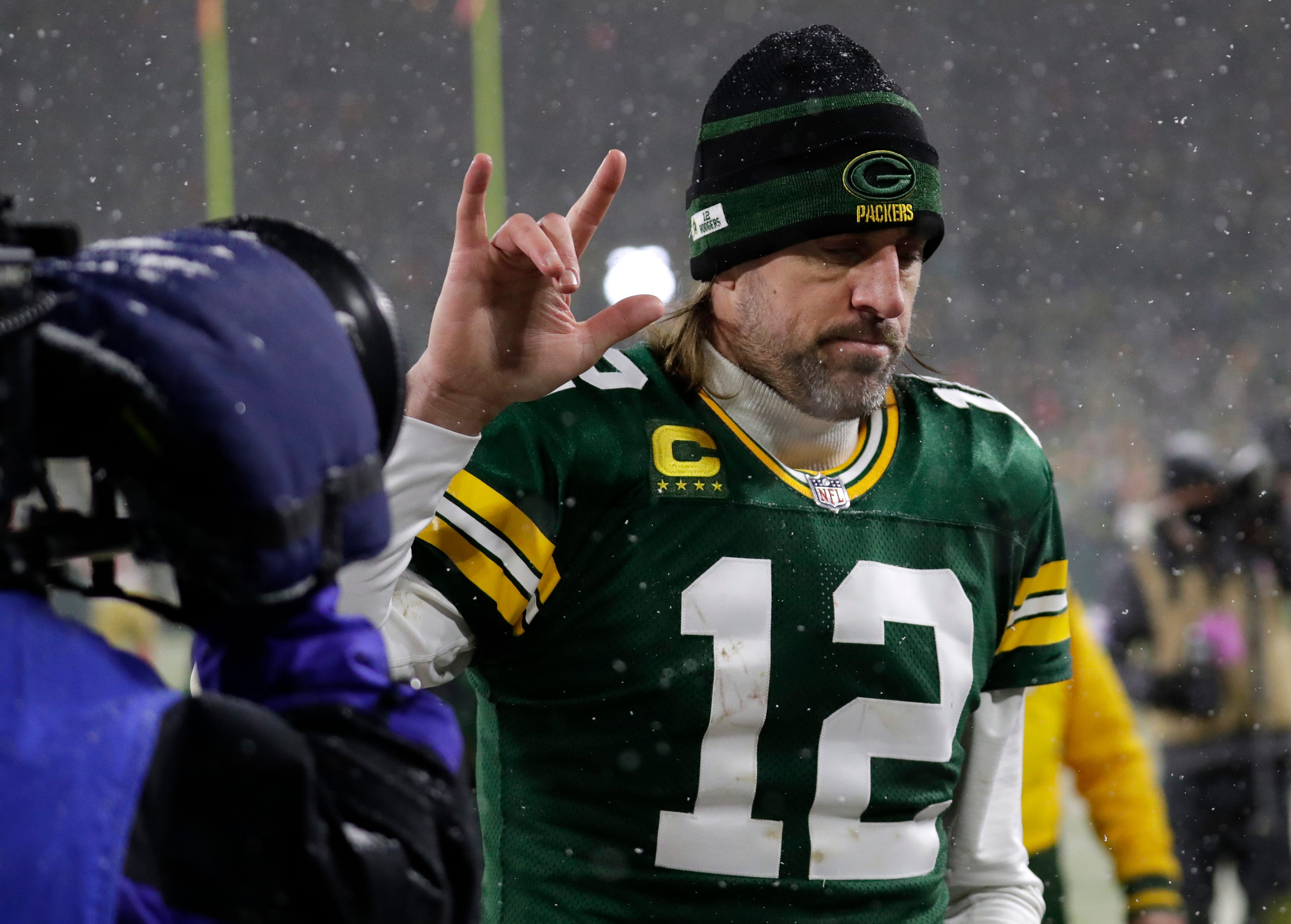 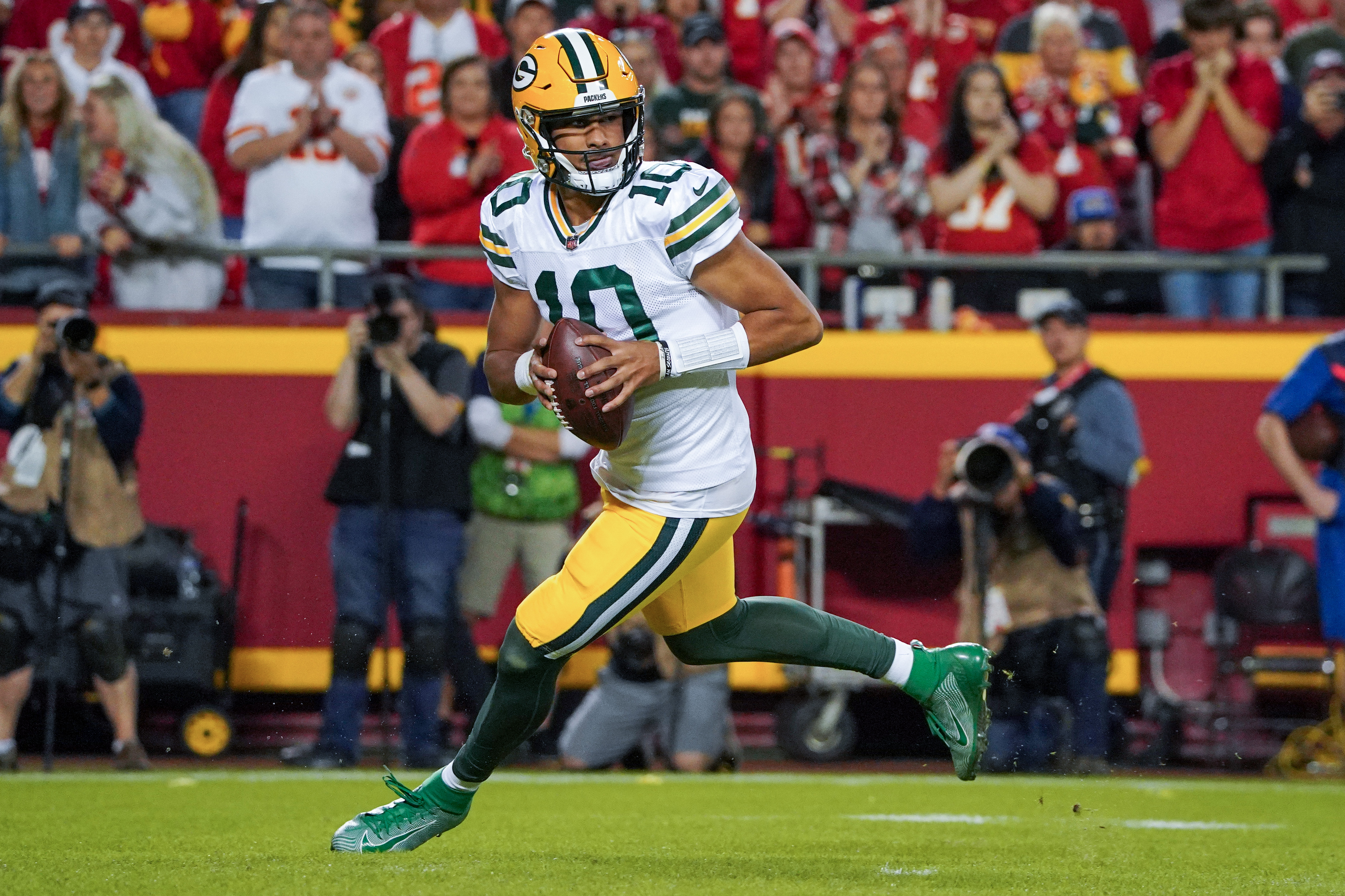 What has Jordan Love done so far?

As of right now, we have not seen a lot of Jordan Love in the NFL. What we have seen has been relatively poor, however, it is hard to expect a prospect who was noted as being exceptionally raw in his draft profile to become elite in his first games. As of right now, his NFL career stats consist of the following:

.@jordan3love connects with @AllenLazard for the score!

As I said, not the greatest statistically over his first few games. However, we knew Love would be a relatively raw prospect when drafted, which he clearly is and has been. However, there is still a good chance that he could be developed correctly in the right system, which the Saints have proven time and time again to be able to do. While Sean Payton is no longer in New Orleans, many of the positional coaches and coordinators are, which would be good for the development of a younger quarterback. The Saints clearly have a pretty friendly system as well, as they have been able to shove in many quarterbacks in the last few years and many succeeded when the team was healthy (Jameis Winston, Taysom Hill, Teddy Bridgewater, and obviously Drew Brees.)

It is also worth noting that Matt LaFleur (head coach of the Packers) did take credit for Love’s poor performance in his game against the Chiefs. To quote LaFleur,

“This one falls on me, squarely, just not having a good enough plan to go out there against that pressure, especially with a young quarterback. For his first game, going out there in a hostile environment, I thought he handled himself very well. I think it comes down to the play-calls. I was really proud of the way he played. He hung in there, he was taking hits and delivering the ball. He did a really good job. Ultimately, I have to be better.” ~Matt LaFleur

What could Jordan Love be with New Orleans?

As previously mentioned, the Saints seemingly could be a good destination if/when the Packers move on from Love. As of right now, the asking price is an early day 2 pick, specifically a 2nd according to Jim Nagy, Executive Director of the Senior Bowl. If the Saints were to get into the pinch of not being able to return Jameis Winston, a 2nd round pick to give up is likely a good option to get a young prospective QB who could turn into a good project for them.

Now should this be the Saints' first option? Probably not, as it depends on a lot of things falling into place as well as Love actually developing. However, it should be seen as an option by the front office if they are struggling to find another QB to take the reins this year. Even if they wanted to grab someone such as Teddy Bridgewater for one more year, allow him to start and let Love sit behind him and learn more about protecting the ball from a notoriously steady player. It is also worth noting that the Saints reportedly did do “extensive work” on Love before the 2020 draft, according to Yahoo Sports’ Eric Edholm.