Saints begin returning the 2021 offense with signing of Juwan Johnson, per reports

Share All sharing options for: Saints begin returning the 2021 offense with signing of Juwan Johnson, per reports

The New Orleans Saints have begun returning members of their offense with their re-signing of tight end Juwan Johnson per NewOrleans.Football reporter Nick Underhill. Juwan Johnson, who was signed by the Saints in 2020 as an undrafted free agent, will be entering his third season in the NFL. Juwan has been able to spend the first two seasons of his career in New Orleans and has had a few chances to shine, starting in 6 games over the span of his career so far. With a lot of priority free agents hitting the market on offense for the Saints, Juwan is likely the first of them to return back to the big easy.

Saints looking to return their 2021 offense

The Saints, as previously mentioned, have a lot of free agents to return on offense this offseason. While Juwan Johnson is going to be the first of these, there are quite a few more who either are starters or are high-end depth pieces who play crucial roles in the Saints offense. This includes (but is not limited to) the following:

Obviously, at the moment, the Saints have a lot of their big names on offense returning, such as Michael Thomas and Ryan Ramczyk. However, they will need these depth additions such as Juwan Johnson (or Albert Huggins) to make the team even better. Injuries can destroy a team that is only focused on the starters, so bringing back Juwan as well as other key depth will be crucial for the Saints to make any progress in 2022. As we saw last season with Adam Trautman hitting IR after week 11 due to a knee injury, it is nice to have players such as Juwan and Nick Vannett to fill the void. 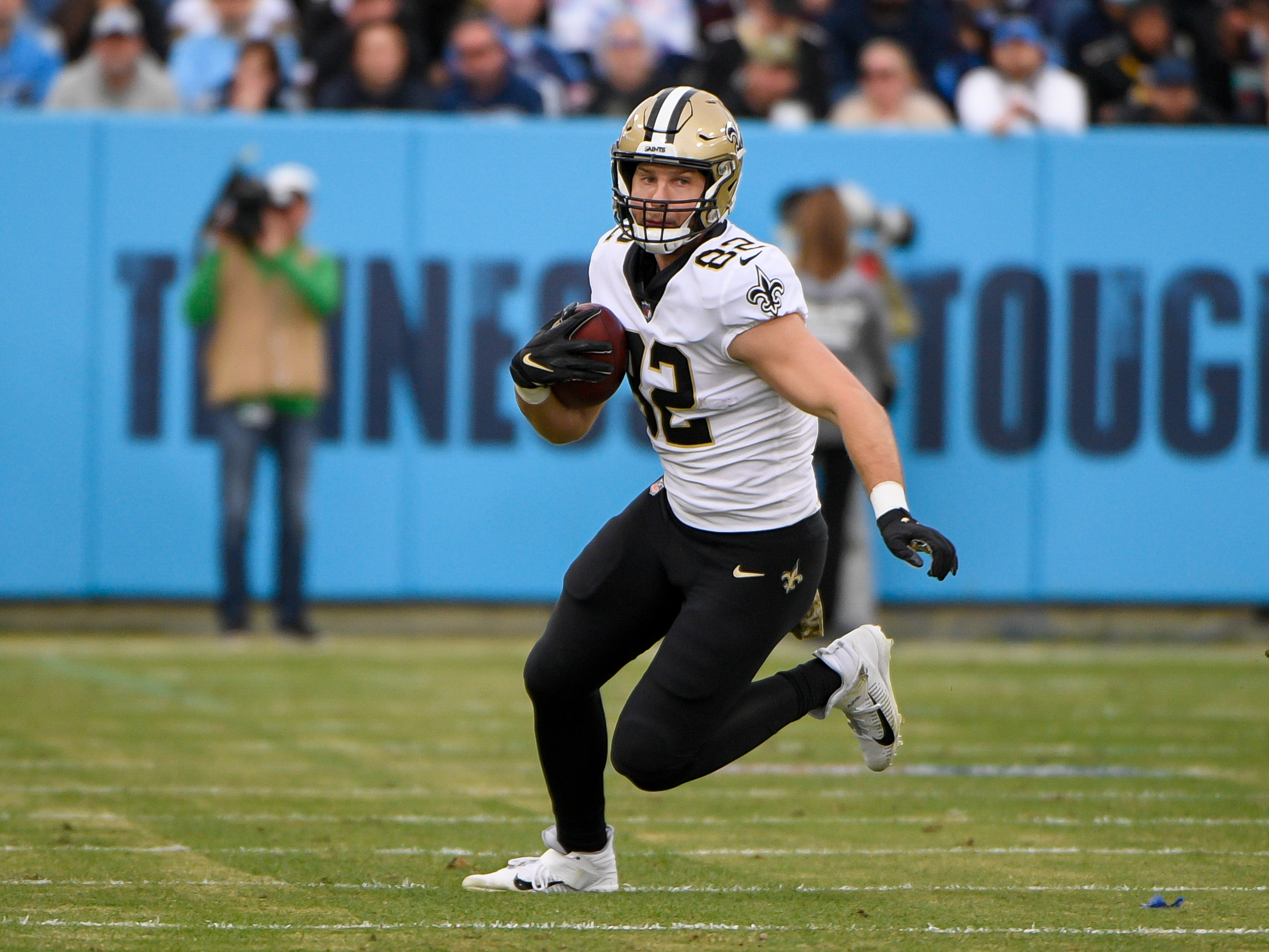 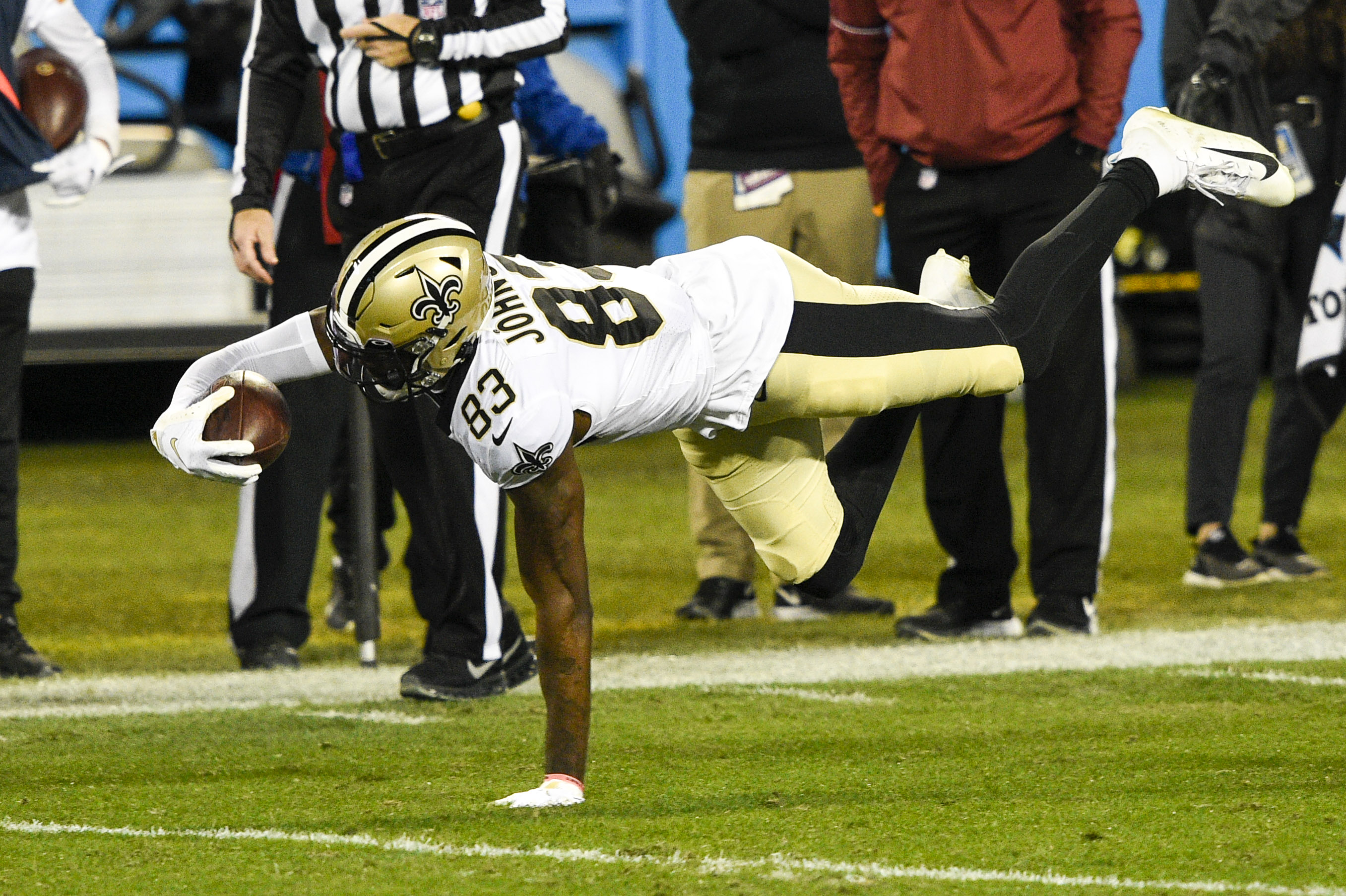 Building upon a hot start to 2021 offensively

The Saints offensively started off the 2021 season extremely well, going 5-2 and most notably blowing out the Green Bay Packers 38-3 on the back of 5 passing touchdowns from Jameis Winston. Once the Saints lost Jameis Winston to his ACL/MCL injury, they started to sputter offensively and only won 4 of their remaining 10 games (5/11 if you count the game Jameis was injured in). This is why it is so important to try and retain their free agents on offense this season, including Juwan Johnson. If you can remember, Juwan and Jameis did have a pretty strong connection going on, including in the week 1 Packers game where Juwan was able to snag one of the five touchdowns...

With a lot of these Saints free agents likely to draw interest, it makes these signings mean even more in case they were to lose starters. The tight end position has sort of been a revolving door since the Saints traded Jimmy Graham. Ben Watson took over for a few years before going back to New England and then retiring, Jared Cook for a few seasons, and now Adam Trautman. With this, having multiple options at the position is great, especially Juwan due to his 6’4” frame which always shows up in the red zone. This is a good move by Mickey Loomis and the other members of the Saints front office to kick off the return of their 2021 offensive free agents.