Jameson Williams has been regarded as a potential Saints first round pick for quite some time now, so let’s dive into his skillset and what he could bring to the Saints.

Alabama wide receiver Jameson Williams has been widely considered to be a potential first-round pick candidate for the New Orleans Saints this year. Many see his speed and explosive playmaking capabilities and immediately see him as a complement to Michael Thomas, which presumably would be true. 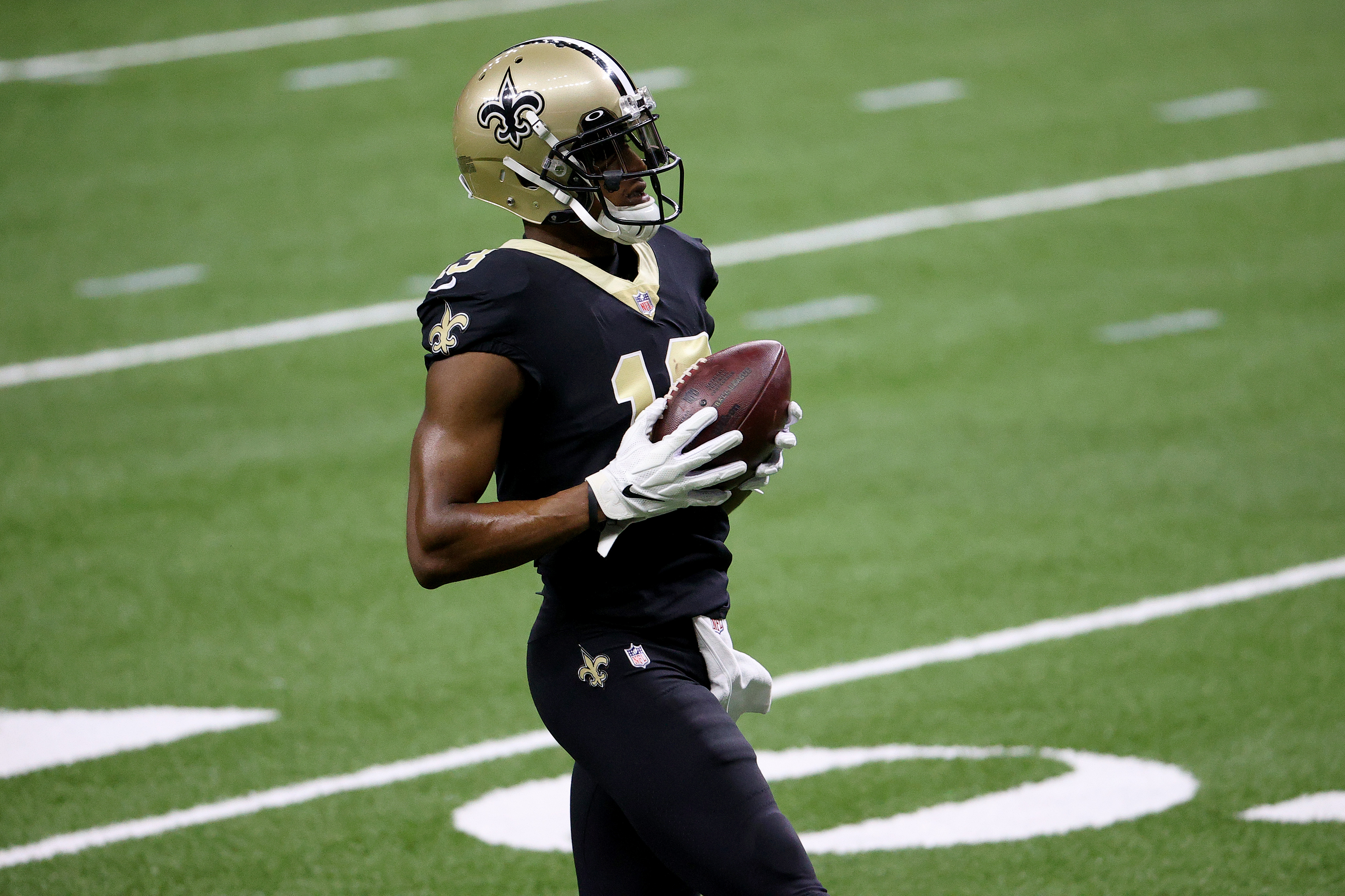 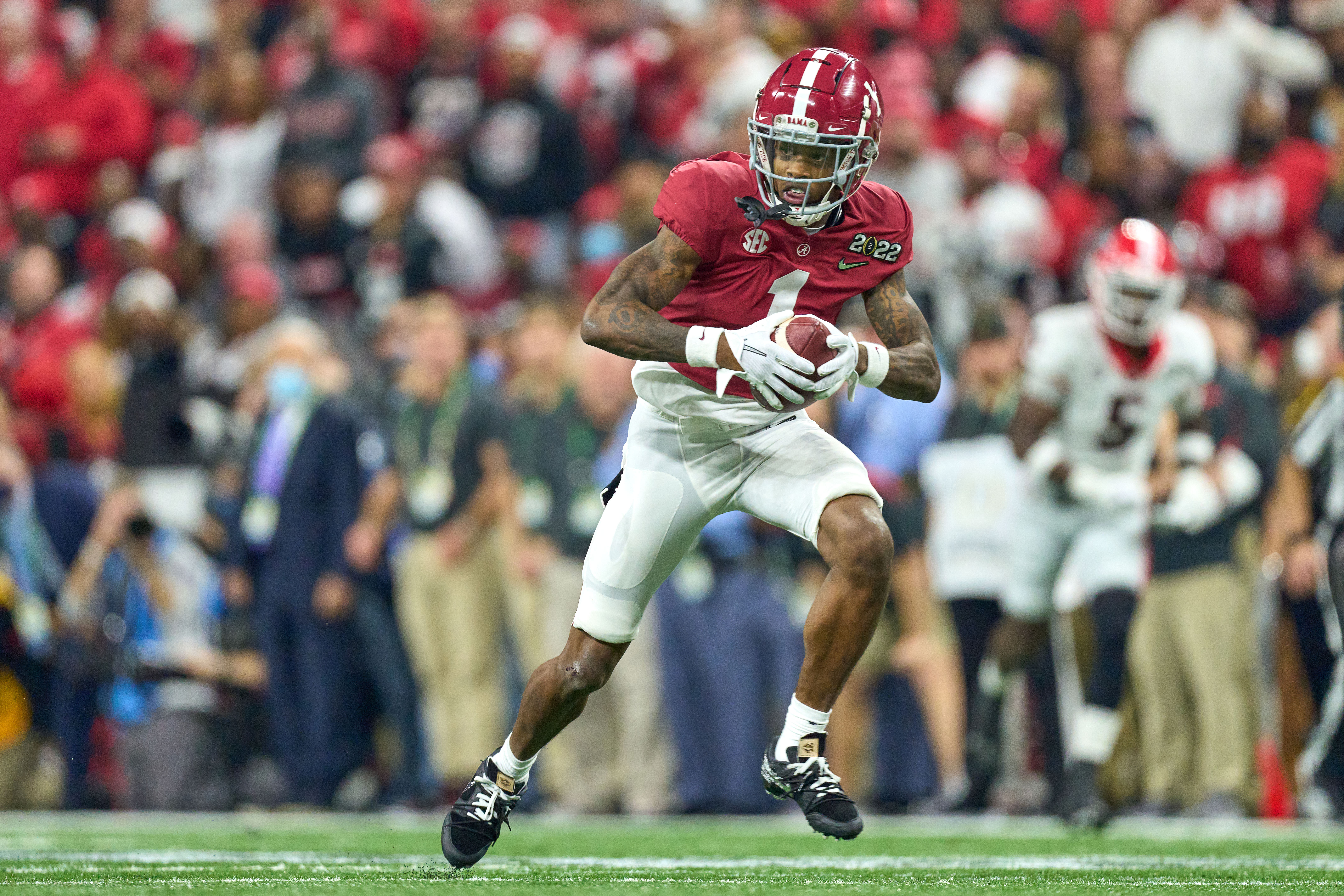 In this article, I will be breaking down Jameson Williams both as an individual prospect, as well as how he would fit with the Saints' offense based on these individual traits. I will attempt to describe this in a functional manner for those who have higher football knowledge than average, but also break it down slightly and explain how these traits would be positive/negative for the Saints.

First off, let’s break down Jameson as an individual prospect, and what he brings to the table regardless of the team that drafts him. His official height and weight are 6’1.5” and 179 pounds. On this front, he has a solid height and is a little more slender for his frame than average.

However, the slightly lower weight is made up for with his speed, both initially when getting off the line of scrimmage and throughout the duration of routes. While we do not have a 40-yard dash time to supplement this statistically, anyone who has watched him play will see how quickly he can get into a route and get behind defenders with this speed. A good example of this separation came against Auburn in 2021, where his speed and one shift to the left gives him about a yard maybe even two yards of separation to his cornerback and puts him in a good spot just under the closing safety to make a play.

While it is difficult to see his initial speed in this short clip, as it shows the overhead view, you can get the idea of how his one shift near the 20-yard line immediately gives him extra space and then his speed/acceleration draws him even further away from the nearest DB. In the next video, we get a better angle on Jameson getting his quick burst off the LOS, immediately finding an opening in the deep secondary and blazing past the single safety that remains. Jameson sees the other two DBs drop into the play on the right side of the field and takes full advantage by angling his route inwards to the right and picking up speed (into his “second gear” per se) and laying out for a touchdown at the back of the endzone.

The final positive in his game I would like to reference is his catch radius, as Jameson has a relatively large space around him at all times where he can make a play on the ball. While he has not been forced to use it a lot this season as Bryce Young has been great at placing the ball well for him, he has had a flash or two where he makes a catch that was not at all expected to be caught. A good and simple example of this came against LSU this season, where Williams caught a high pass from Young near the sideline:

This type of thing may look unimpressive to some, as these types of catches are made every day in the NFL. However, seeing a player who is primarily predicated upon his ability to separate be able to make quality catches such as these is a good sign for them at the NFL level. Having his capability as a deep threat but also having reliable hands is a good thing, as it separates him from the pure deep threats that did not pan out, such as John Ross.

Potential fit with the Saints

The next part of this is the more tricky part to delve into, as offensive schemes are in play and coordinators have their preferences as to what players they want in their system. While many teams try to coordinate their scheme to fit the players on the roster now, they should still feasibly make sense alongside their teammates. In terms of specifically his fit with Jameis Winston and the other receivers on the roster, Williams would be a great addition.

We saw how good Deonte Harty was with Jameis last season, as Harty could space out the field deep and get behind the secondary, which Williams also does but at a higher level, with a bigger frame, and with more functional traits. In terms of his fit with Michael Thomas, it would seemingly be a quality one, as Thomas has tended to stick to the short - intermediate range passing game primarily as that is his strength, which means Williams would be able to draw DBs away from him deep into the field, and vice versa.

Kinda has a ring to it, doesn’t it?

With Pete Carmichael still as offensive coordinator, the offense is likely to be run the same way as it did with Jameis in early 2021. Keeping Jameis slightly reigned in, and slowly letting him work more and more into the deeper parts of the field. Since Jameson Williams may miss a few weeks recovering from his ACL injury, odds are he would return right into that period of time where Jameis starts unleashing the ball (i.e. week 5 last season against Washington). Adding Jameson would without a doubt create a more functional offense for the Saints and frankly, would allow Jameis Winston to really air the ball out to a true separating WR with a good frame and quality hands. Overall, I personally believe this would be a great pick for New Orleans in round one, and the Alabama Crimson Tide prospect would bring some air raid components to the Saints' offensive playbook.