Chris Olave has been regarded as a potential Saints first-round pick for much of the pre-draft period now. Let’s dive into his skillset and what he could bring to the Saints.

With the 2022 NFL Draft only 3 days away now, we continue to take a look at draft prospects the New Orleans Saints could pick. With the Saints drafting 10 Ohio State University players since 2000, 4 of whom were drafted since 2016, there is a pretty good chance that this trend will continue. With two first-round worthy OSU receivers in the 2022 class, the chances become even larger, however, Garrett Wilson is presumed to be a pretty early pick. Olave on the other hand has a good shot at falling to the Saints' range of picks at 16, and potentially even 19, which bodes well for the chances of him being taken. 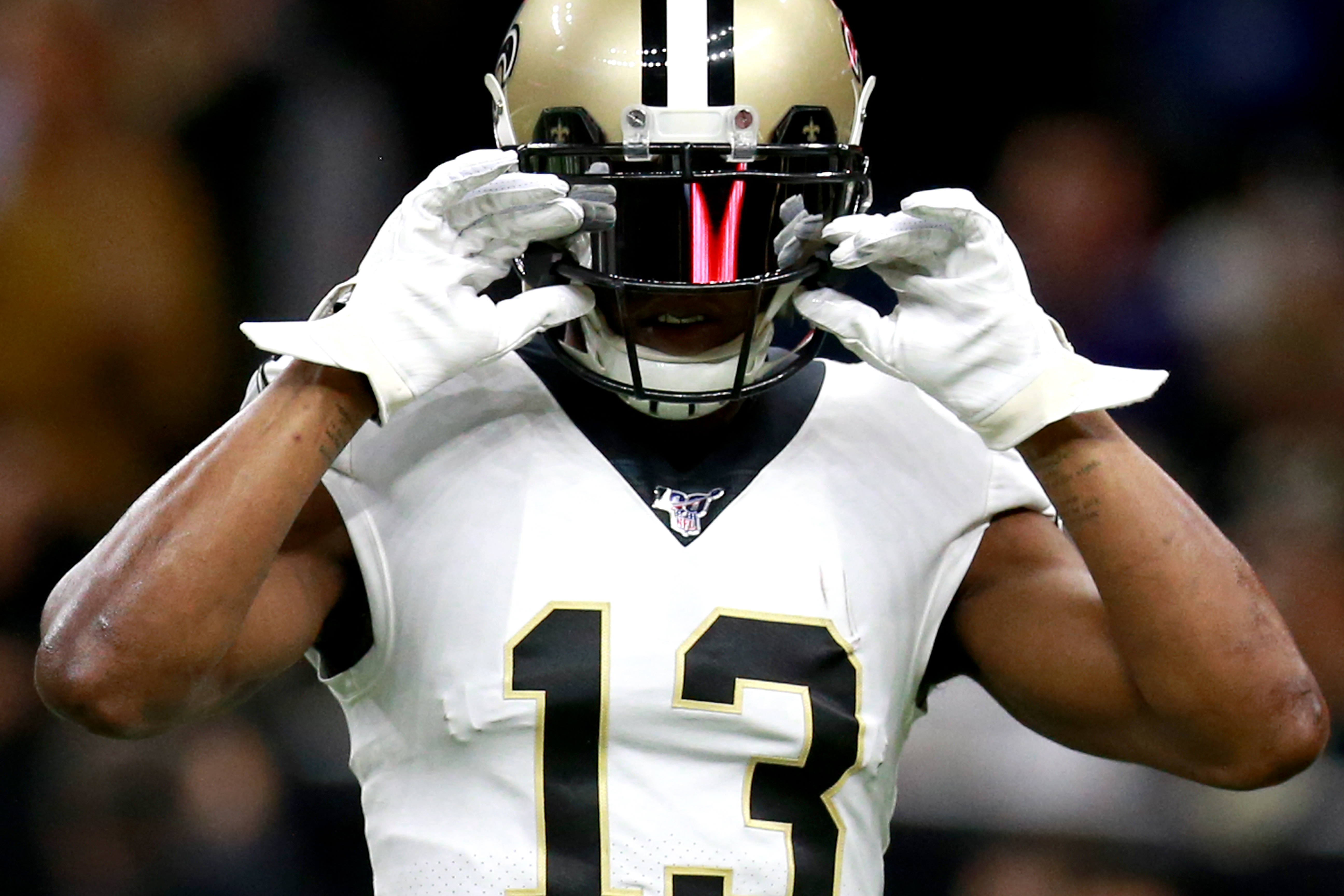 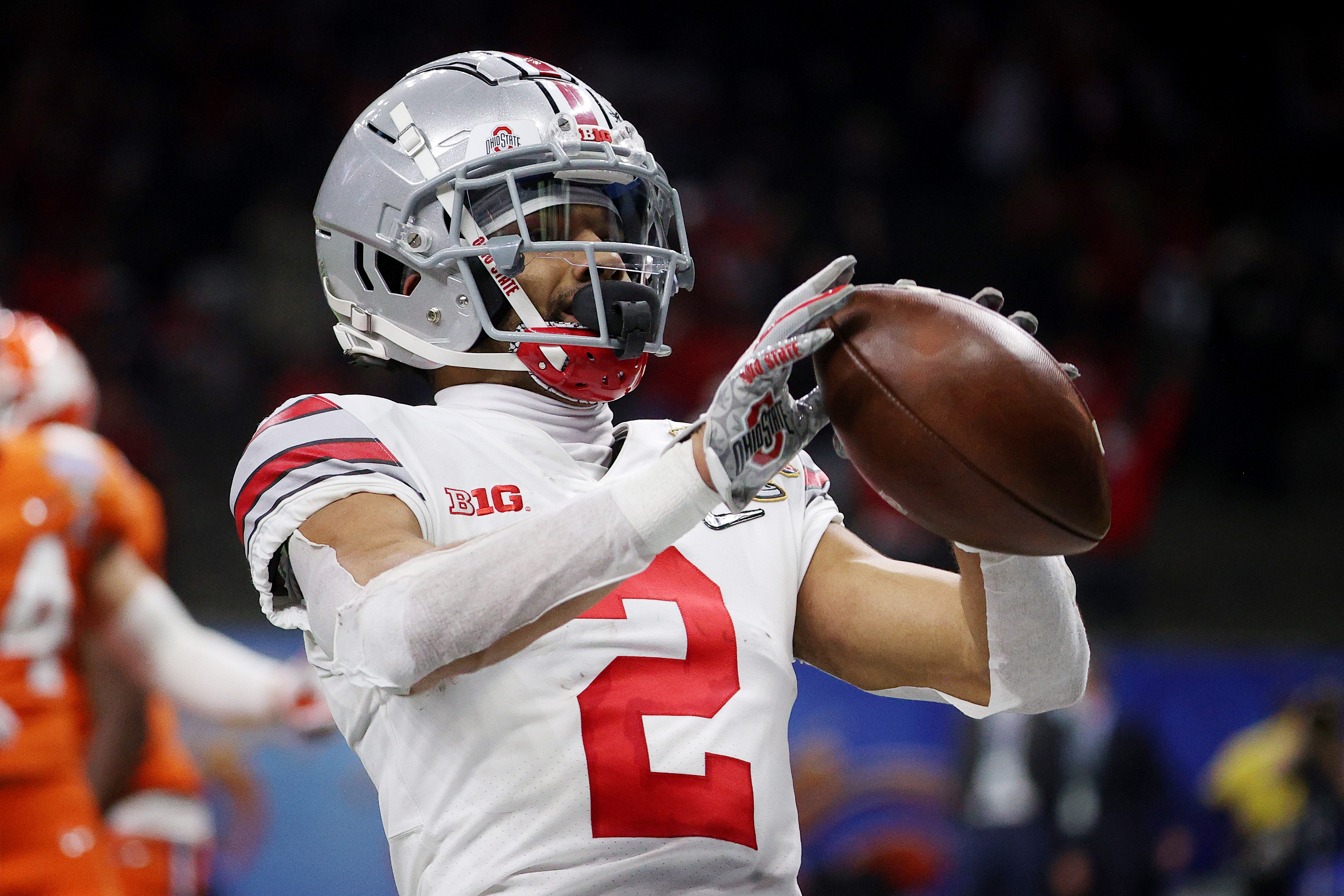 In this article, I will be breaking down Chris Olave both as an individual prospect, as well as how he would fit with the Saints’ offense based on these individual traits. I will attempt to describe this functionally for those who have higher football knowledge than average, but also break it down slightly and explain how these traits would be positive/negative for the Saints.

First off, let us begin with Chris Olave as an individual and what he would bring to any team regardless of scheme fit. He was officially measured in at 6’0” and 187 pounds, which is a pretty reasonable frame for a receiver in the NFL that is not heavily reliant on contested receiving or power. His official 40-yard dash time was a 4.39, with a vertical jump of 32” and a broad jump of 124”. For the speed portions of the combine, Olave did exceptionally well (40-yard dash, 20 split, and 10 split), and did average for the broad jump while slightly underperforming in the vertical. This can be seen by his RAS score, in which he scored an 8.61 overall (out of a possible 10.00) but hit all green scores (8+) on the speed drills.

His speed is not just in the combine drills though, it is also seen as play speed. There is a significant difference between running in a straight line in a predetermined lane and running a route with speed while trying to create separation from defenders. The case for Olave is that he can do both, which is great to see in prospects as it shows they don't just have the physical ability (running fast), but the mental and field vision/processing capability as well (ability to see and maneuver through secondaries). A good example of his field vision & speed came against Penn State in 2021, where he would find a gap behind the CBs and across from the deep safety, and then split the defense open for a wide-open touchdown.

The next trait Olave shows in his game is his ability to make adjustments to make the catch. He is capable of adjusting both in the air to grab passes but also shows an ability to catch extremely low passes. This is always a good sign for a receiver that prides themselves in speed and separation, as being able to also go up at the catch point and adjust to make catches makes a player lethal rather than just a deep threat. Olave demonstrated both of these traits in a 2021 game against Indiana University, where he was able to both go up for a catch one play...

...and drop to the ground to catch a low pass:

While neither of these catches are anything that looks extraordinarily hard to the blind eye, for scouts and analysts it shows a few things:

The third and final trait that I want to cover is his route running crispness/improvisation. The prior is one of his stronger traits as a receiver, as while his route tree is not exceptionally diverse, the routes he does run are perfected to a high level. Olave is also somewhat able to improvise his routes to find open spaces, rather than strictly 100% maintaining the route stem and only running into defenders. This is a nice addition to his game, as he can change routes to get open for the QB while not destroying the structure of the play (interfering with other WRs routes). This could be seen in a 2021 game against the University of Minnesota, where Olave would take a flat route and adjust it to get behind a cornerback, and once he got to the sideline he just had a straight open shot at the endzone.

Potential fit with the Saints

Now we can move on to how Olave would fit with the Saints, and how his skill set would benefit the team. The first part to look at in any fit between player and team would be, does he fit in the position room around him, and does he improve the other positions with his skillset. In terms of fixing the wide receiver room, or at least significantly improving it, Olave definitely fits the bill. His speed, ability to adjust in the air to make plays and improvisation all would be beneficial to Michael Thomas, as he would be able to draw DBs further down the field, leaving Thomas with a better chance at making a play. Trying to guard two wildly different receivers like this, but who have the chemistry of running in the same/similar college systems at OSU is an extremely hard task for any DB group.

Now, does he improve any other positions or help the team outside the WR room? Yes. Jameis Winston will be returning for the 2022 season, and if you want the offense to really get the ball rolling, you need to be able to get him a deep weapon with a great frame and a lot of positive traits outside just speed. While Deonte Harty has been good at the deep threat aspect (which we saw was beneficial with Jameis last season), the Saints need a true WR2 type who can do things other than just deep routes. Olave has shown time and time again that he can adapt to the situation around him and make explosive plays, which would be exactly the player the Saints could be looking for in this draft period.