5 Saints with the most pressure heading into 2022

Share All sharing options for: 5 Saints with the most pressure heading into 2022

With the Saints roster taking shape as the 2022 season inches closer and closer, some players have a lot riding on their induvial performance in this upcoming season. So, here are 5 New Orleans Saints players facing the most pressure heading into this season.

Crazy what will happen when the head coach who gave you an opportunity to play in this league suddenly retires and the new regime doesn’t see you in the same way. Earlier this offseason Dennis Allen announced the Saints plan to use Taysom Hill as a tight end and will no longer be playing him as a quarterback. This news came after the team re-signed Jameis Winston and brought in Andy Dalton to serve as the top backup. Hill could be very useful as a tight end in this offense. With Hill’s extension, it really doesn’t hurt the team this season, however he was given a roster bonus of $9 million in March and will likely stick on the roster at least for this season. Hill will have to make an impact as a tight end if he wants to continue to play in the NFL. 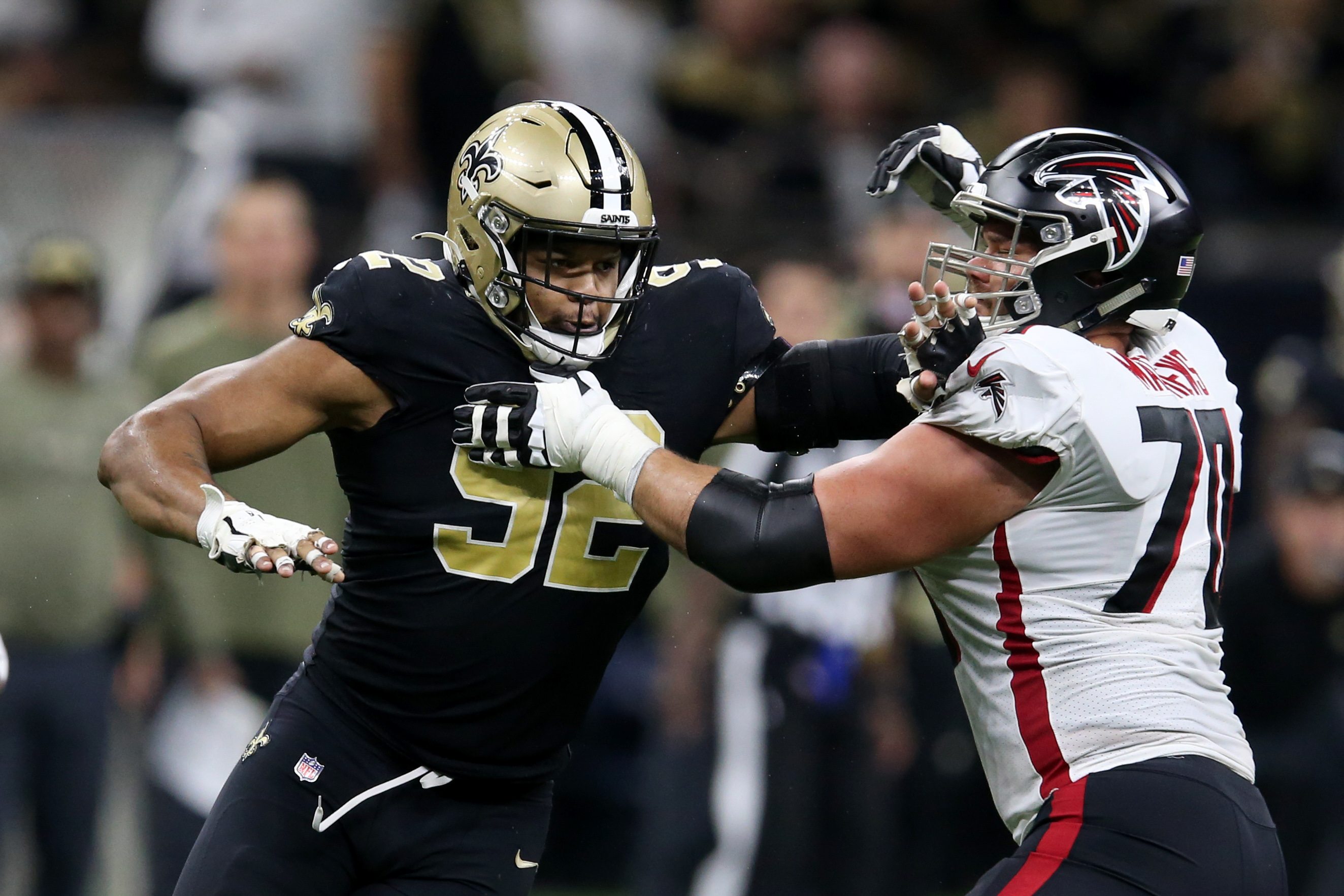 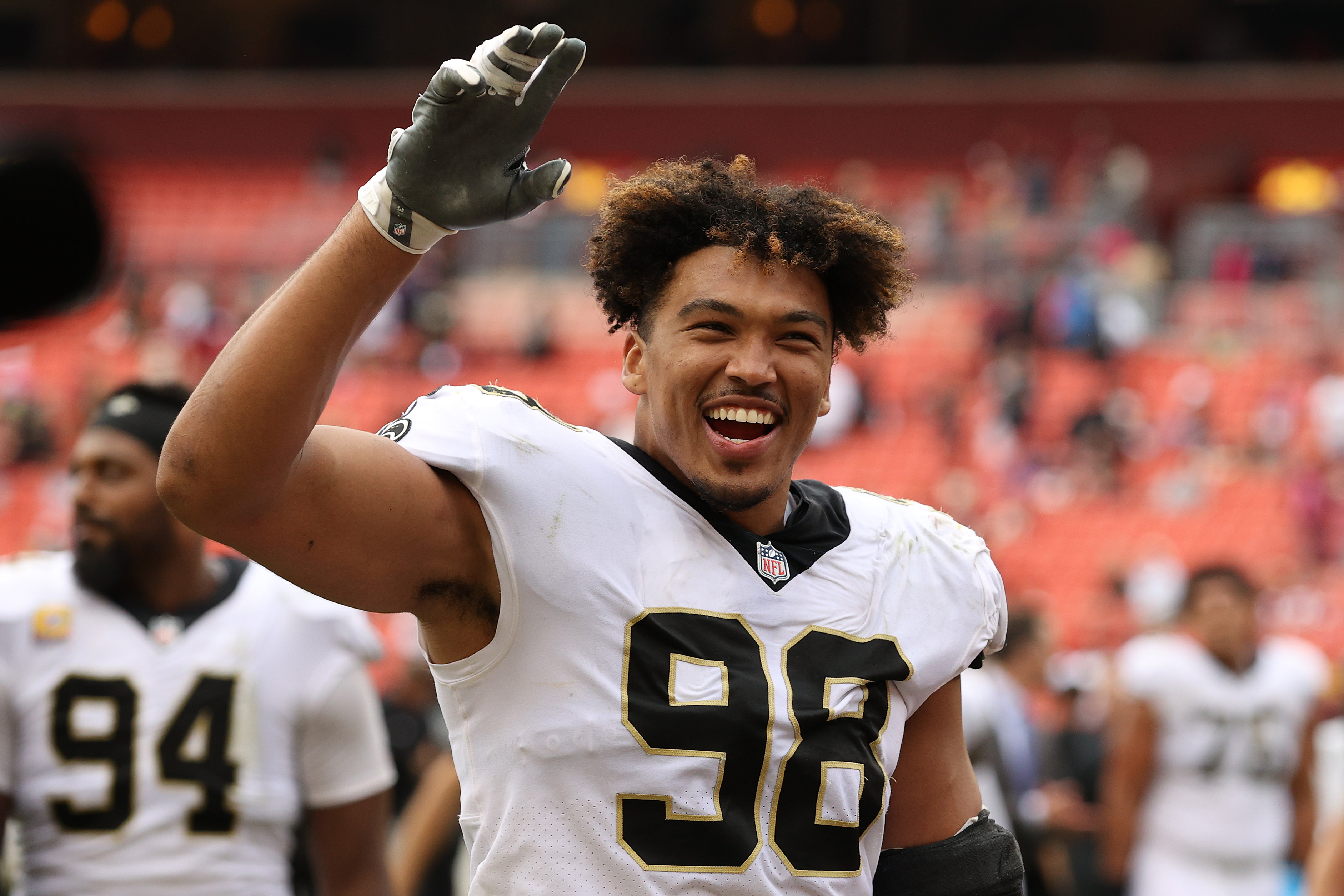 Two defensive ends are on this list for almost the exact same reason. Let’s start with Marcus Davenport. The Saints elected to pick up Davenport’s fifth year option which will pay Davenport 9.5 million dollars in fully guaranteed money. Davenport put together by far his best season with 9 sacks and 16 quarterback hits, and when on the field looked almost unlockable. Key word is “when,” Davenport only played in 11 games this season and must stay healthy to even garner talk about a contract extension. As for Payton Turner, it really is almost as similar as a double-sided coin. Turner, who coming into last season already faced some questions and criticisms as the team’s first round draft pick. He did show some flashes and promises early in the season, however after five games Turner was placed on the injured reserve list, thus ending his rookie season. If Turner can stay healthy, I don’t why he can’t pick up from where his season ended last year.

Zack Baun has yet to find his footing in this 4-3 defense. The former third round pick, who the Saints traded up to acquire, has had rough moments in this first couple of seasons in the NFL. Baun is an athletic 3-4 edge rusher and showed flashes of being a dominant pass rusher while at Wisconsin, however we knew transitioning to a 4-3 linebacker was going to take time and Baun was a project to begin with. The Saints took Pete Werner in last years draft and made an immediate impact. The team could also bring back Kwon Alexander, along with Demario Davis, Kaden Ellis, and rookie D’Marco Jackson there could be fewer and fewer snaps available for Baun.

Ask anyone on Saints twitter about Cesar Ruiz and they will let you know what they think about the former 1st round pick. Entering his third season as the starting right guard, it’s no secret Ruiz struggled last season. With the Saints bringing in Doug Marrone, who worked with Sean Payton when he first came into the league and has worked with tons of great offensive linemen over his coaching career could help and bring the best out of Ruiz who is still only 22 years old.

This really should not come as a surprise to anyone; there are several reasons why Jamies Winston is the Saint facing the most pressure entering this season. After the Saints lost the Deshaun Watson sweepstakes the team immediately got a 2 year deal wrapped up with Jameis Winston. Looking at the contract (2 years/$21 million guaranteed) it screams bridge/prove it money, however the Saints opted to not draft a quarterback in the NFL draft thus putting all their eggs in the Winston basket. The team traded up to get Chris Olave to pair with Michael Thomas, Trevor Penning to replace Terron Armstead, and the team signed veteran Jarvis Landry after the draft. This will be a big year for Winston to prove to the Saints and the rest of the NFL he can still be a team’s franchise quarterback. Winston looked the part last season before the injury and with the lack of weapons. Now that can’t be used as an excuse going into this season.