David Johnson is meeting with the Saints... should they sign him?

With the reports stating that running back David Johnson will be meeting with the Saints, we break down whether or not the team should sign him.

With the 2022 NFL offseason slowing down a bit, and most of the major signings out of the way, we move into the second tier of players to be signed. While there are still some great talents in free agency at the moment, most of them are getting to the later stages of their career or are handling some form of recent injury. With that said, there are still some quality depth pieces as well, who could make huge differences if they are utilized correctly. The New Orleans Saints are looking for said player, by bringing in running back David Johnson for a visit, per multiple sources.

Free agent RB David Johnson is visiting the Saints today, per sources. Team has a need there. Adding someone would make a lot of sense.

The question with most of these late-stage free agency signings becomes, should the team sign him? Or are they just desperate at a position of need? In this case, I believe David Johnson would be a pretty good signing for New Orleans for a few different reasons, which I will cover over the course of this article.

Impending need at the RB position

The clearest and most obvious reason signing David would be a good idea is the potential for the Saints to need running back depth this year. With there still being the potential suspension of Alvin Kamara, pending his legal situation, that would leave the Saints with Mark Ingram, Tony Jones Jr, and Abram Smith. Only one of these 3 has started more than 5 games in the NFL, with Tony Jones Jr. being a 2020 UDFA and Abram Smith a 2022 UDFA. While there is seemingly some high potential with Abram Smith, bringing in a veteran such as David Johnson to potentially mentor him would not hurt. It is also worth noting that Johnson played for about a half-season with Mark Ingram last year, so there is potentially a connection there between the two veterans. 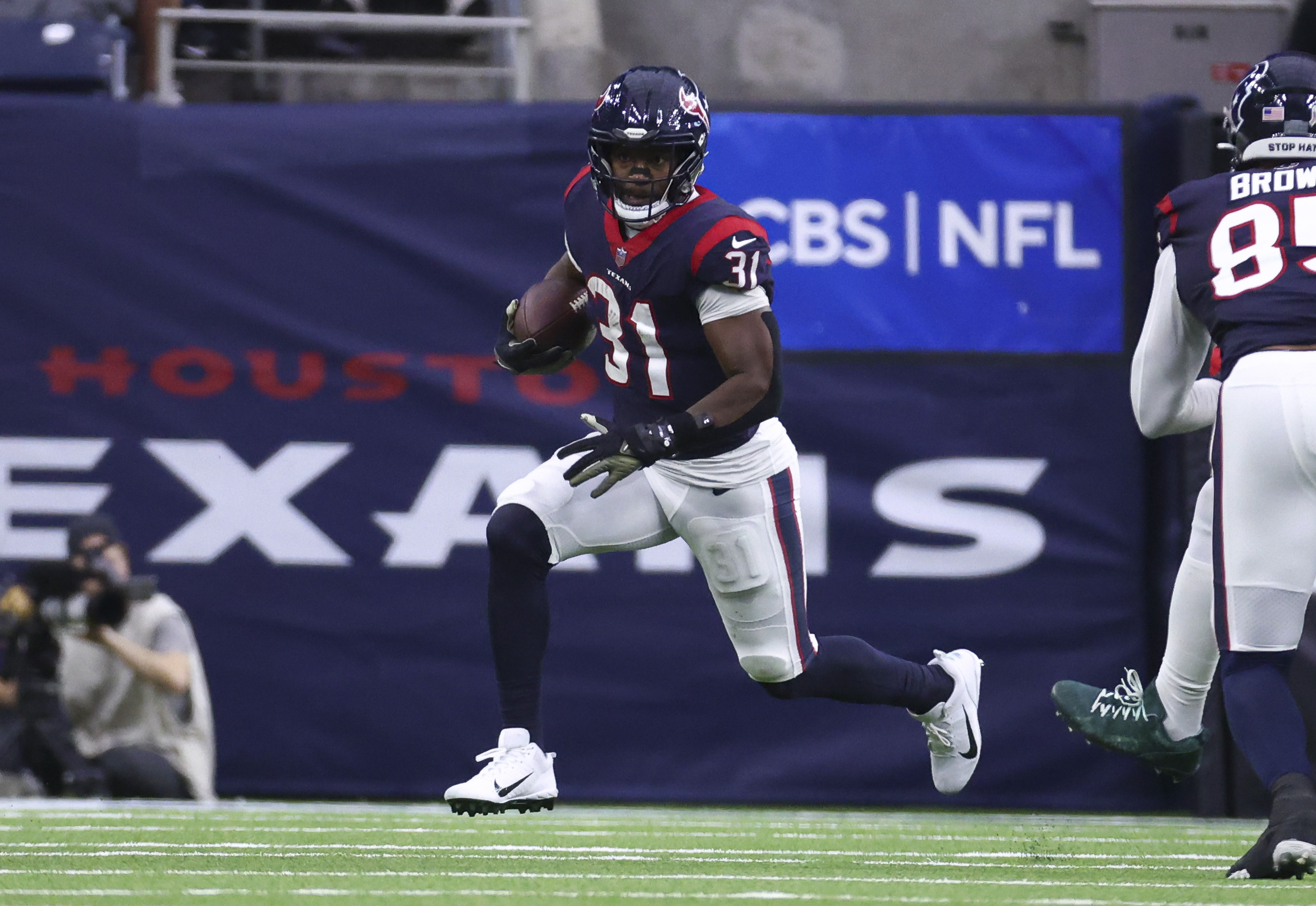 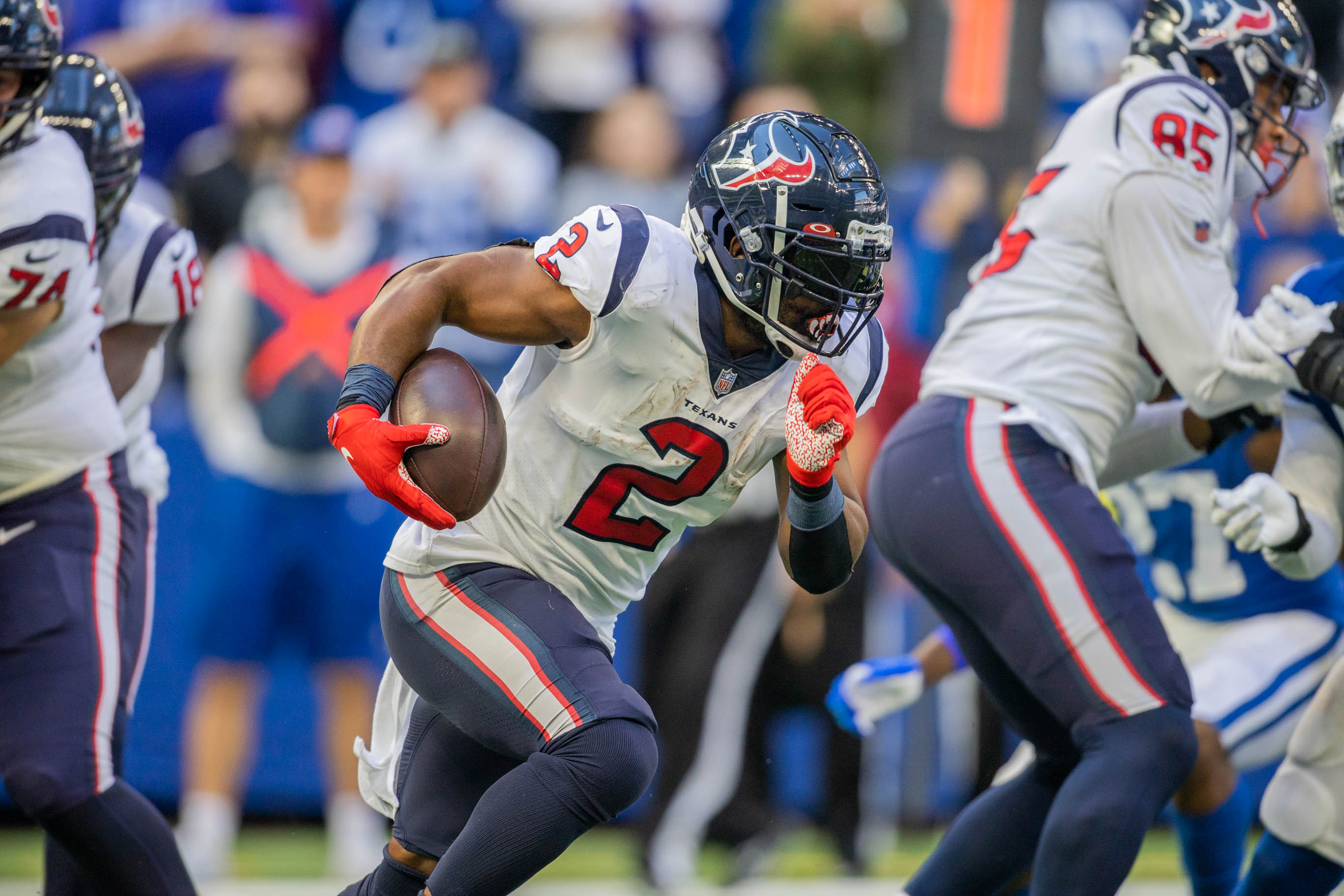 Even if Kamara avoids suspension, or when he returns later in the season, having a third running back with experience on the roster is valuable. Being able to form somewhat of a committee for the pure rushing downs and allowing Kamara to have more of a satellite role is beneficial for the whole offense.

There are multiple ways Johnson can be utilized

One of the other main reasons I would like to have Johnson on the Saints is he has a pretty varied skill tree as a player. When Mark Ingram was on the Texans, Johnson played more of a backfield receiving role, catching screens and running swing routes. However, when Mark Ingram was traded back to the Saints, he took on more of a zone running style, and focused on hitting the outside gaps. This type of versatility is what would make him a huge benefit to the Saints scheme, as despite not being enormously productive at any 1 play style, he brings good quality to multiple styles instead. This type of rotation alongside Alvin Kamara and Mark Ingram would allow the Saints to truly utilize each of them wherever they want, and bring multiple packages to the field each Sunday.

The final reason that is worth bringing up is the reliability you get out of Johnson as a rusher, as well as his potential veteran leadership. The main thing you get out of him on the field in recent years is consistency when holding onto the ball, as he has had no more than 2 fumbles in a season since 2018, and only had more than 4 once in 2016 with 5. In the last 3 seasons, despite a lower workload overall, he has only fumbled the ball a total of 4 times across 2019-2021 (1 time for 2019 and 2021, twice in 2020). Being able to hang onto the ball through contact is crucial, and if he were to join the Saints, he would be seeing the best OL protection he has had throughout his career. The Arizona Cardinals OL was one of the worst early in his career and he was still productive, and when leaving for Houston via trade, they also had a relatively poor offensive line. With this, Johnson would likely have some quality production left in the tank, as he would finally have some great protection and gaps forming along the line of scrimmage.

Secondarily, as previously mentioned, his mentorship to the younger RBs in the room would be extremely beneficial. While you already have Mark Ingram’s leadership in house for the RB group, who knows the Saints scheme exceptionally well, Johnson has seen some other schemes long term that Ingram has not (Arizona & Houston). Being able to have two quality backs to teach up Abram Smith and Tony Jones Jr. would be a great thing, especially with how high the potential of Abram Smith could be based on what we saw of his college production. Overall, adding Johnson on a cheap 1-year deal would likely only benefit the Saints for the 2022 campaign.